It’s safe to say that 2019 was a pretty groundbreaking year for professional wrestling.

In the annals of its rich history, the business has never seen the rise of so many ‘mid-major’  promotions, as well as the birth of a potential powerhouse, all at the same time.

A smorgasbord of viewing options quickly began to sprout up, as new money was spent and new TV partnerships were formed – with one organization’s parent company even purchasing an entire network!

As wrestling fans, this has been viewed as mostly terrific news. With a combination of new and evolving choices, our collective asses were in ice cream, and we could start picking from whatever variety of flavors we wanted.

It’s no secret to anyone with eyes and ears that WWE is the head-and-shoulders leader of the industry. They will be for the far, foreseeable future… and possibly forever. But in small portions (and bit by bit) they’re seeing the wrestling pie get sliced in to a lot more pieces these days.

And while the emergence of All Elite Wrestling was certainly the biggest indication that there’s room for many different products on the industry’s landscape – MLW, Impact, Ring of Honor and the NWA also took steps in jockeying for position in the new promotional pecking order, as well.

With their talent roster, television ratings, and financial backing, AEW wasted no time in locking down the red ribbon position as we headed in to the New Year. Just by being featured on a major cable network like TNT, their reach immediately outstretched all the other ‘big indys’ that they were competing with.

Now armed with a new television deal and a rabid fan following, the sky appears to be the limit for Tony Khan’s company, as they sit comfortably in the co-pilot’s seat. It’s a place that no other promotion has been in since the heyday of WCW and the nWo… as the only clear-cut challenger to The McMahon Empire.

But, to be honest? Where things go down from there is anyone’s guess, at this point. 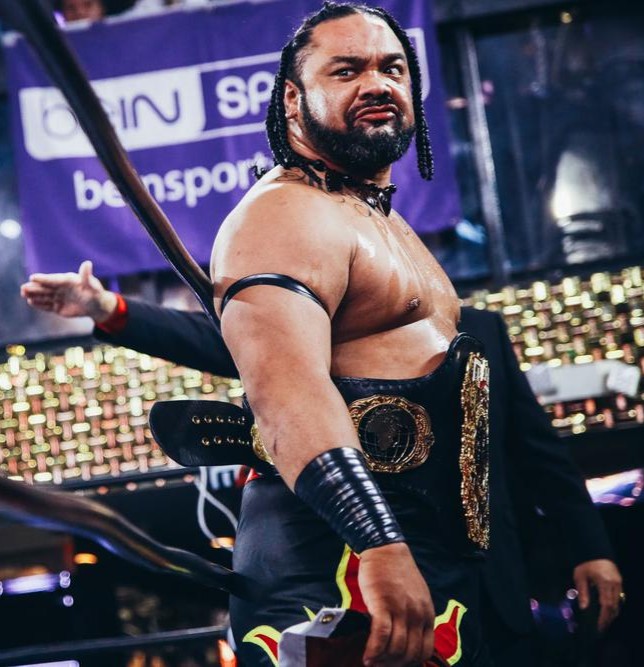 Recently our newest columnist, Lauren Conrad, wrote an article discussing the rise of the Monday Night Wars era, and in particular, the Hulk Hogan heel turn.

For weeks leading up to the big moment, people kept speculating on who the mysterious next member of the heel faction would be… with the refrain of fans and commentators constantly being, ‘Who’s the third man?’

Today, as a new type of battle is on the horizon, that question can be chopped up and paraphrased a little bit.

So, with AEW and WWE now clearly at the top of the charts in terms of profile and profit, it brings forth a question about the rest of the field, as we begin 2020:

Who’s the THIRD BRAND?  Who is the company that the audience considers to be at that highest notch, just below ‘The Big Two’?

Before the birth of All Elite Wrestling, it was generally accepted that Ring of Honor was the placeholder behind WWE as the next-biggest thing on the North American wrestling spectrum. Their pure in-ring style, coupled with one of the most impressive young rosters in the world, helped them secure that spot for most of the previous decade.

Prior to that, it could be argued that TNA/Impact reached the highest level of success while playing the role of ‘groomsmen’ for WWE… even daring to challenge them (albeit briefly and unsuccessfully) in an attempt to re-boot the Monday Night Wars. And, despite multiple rumors of their demise over the years, here they are: Still in the thick of things.

For over a decade, both groups’ supporters always considered their particular favorite as the clear-cut challenger in the race, but realistically, neither ever came close to anything except a whiff of WWE’s exhaust fumes.

In the past few years, both franchises have seen an overwhelming exodus of talent and/or a combination of bad management, as well as a failure to expand beyond their very fractioned fan bases.

For a variety of different reasons, ROH & TNA were never able to grab that extra rung on the ladder and pull themselves up when the opportunity was there. Now, they’re both clearly playing for third place, which for old guys like me? Is considered the ‘ECW spot’. 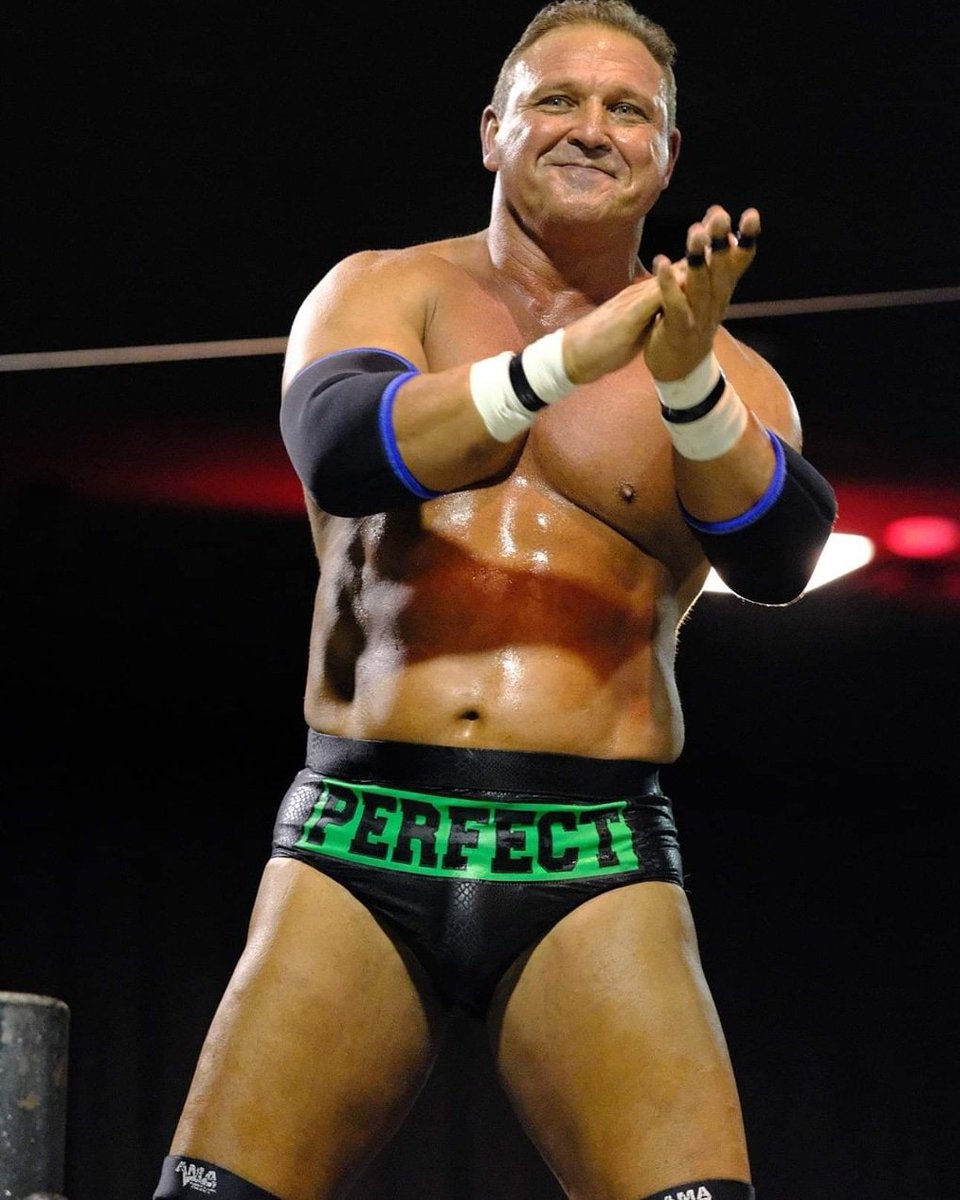 Former NWA World Champion Tim Storm helped usher the promotion in to the Billy Corgan era, while being featured as part of their acclaimed ‘Ten Pounds of Gold‘ series

Elsewhere, the quickly-rising Major League Wrestling is another brand that’s making every effort to nudge their way to the table, as well. Anyone who has seen their weekly show, Fusion, can tell you that there’s no shortage of creativity or talent in Court Bauer’s re-booted promotion, which returned in 2017 after a 13-year hiatus.

And for those who like an alternative, the old school look of the NWA (along with the tradition behind their title) has made them ‘appointment viewing’ for a loyal cult following. Although they’ve built their product through a slow and non-traditional process, their niche appeal could signal big things in the years to come.

That above statement isn’t a joke, either.

Since May 1st, 2017, when Billy Corgan purchased the NWA, his producer David Lagana began crafting the ‘re-birth’ of the storied Alliance via the online series, ‘The Ten Pounds of Gold.’ It showed a lot of innovation, in that they were able to tell a compelling story and rally fan support without having a standard, televised product.

Since then, they’ve parlayed that buzz in to one of the most beloved, weekly streams out there right now, NWA POWERRR. If they’re given more time to grow and a decent TV contract, Corgan & Company could be right there in the mix with the rest of the pack.

So, who will emerge as the third place promotion when it’s all said and done? That’s hard to say, but it will be interesting to see how it all shakes out in the months to come.

As a matter of fact? I’d love to hear from fans, as to who they think might end up taking the ‘bronze medal’ in this current wrestling lineup. Hit me up on Twitter (@RyanKBoman) and give me your thoughts.

In the meantime, enjoy all of the great content that we’re getting the opportunity to see right now. And always REMEMBER… in the grand scheme of things? Third place is better than NO place.