“This is not a psychotic episode… This is a cleansing moment of clarity.”
― Howard Beale, in the motion picture Network

When Vince McMahon & Company initially launched the WWE Network six years ago, it was a truly groundbreaking move on their part.

From the moment the company purchased both ECW and WCW in 2001, many fans and observers began speculating that the company would choose to start their own cable network. Maybe one that cut their ties with every outside partner, and featured a combination of both live and archived programming.

With their overwhelming dominance of the market at the time, and their gigantic library of content, it made sense. In fact, Linda McMahon herself once stated that the promotion had shown interest in purchasing the Sy-Fy network, possibly to eventually rename it the ‘WWE Channel’.

Instead, they looked ahead and saw the future, much like they did with the pay-per-view revolution in the 1980’s… when they ushered everyone out of the ‘closed circuit’ genre. It was a replay of 30 years earlier: Just as the cord-cutting generation was upon us, an organization that always seemed to be on the cutting edge took one more step forward.

The launch of the streaming service was an immediate sensation, with the initial interest causing the sign-up page to crash. 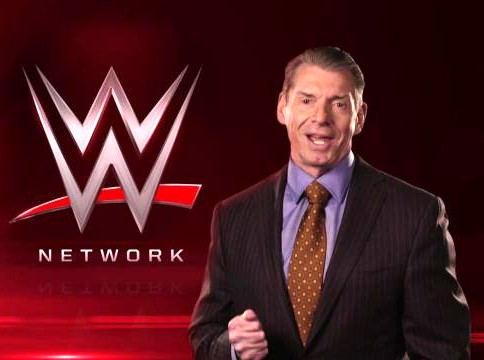 The idea of receiving all the company’s premium events for just $9.99 a month was just way too enticing for the pro wrestling fan base to pass up. And McMahon was sure to promote the hell out of it on the promotion’s weekly programming.

Despite some early glitches, the WWE Universe was undaunted. They happily took advantage of the new technology. And in a little over two years, the promotion was able to boast that they’d reached a subscriber roster that was close to the two million mark.

That was then. This is now.
And six years after its launch, the WWE Network appears to be at a crossroads.

Amid falling subscription and stock figures, there have been rumors of the company looking to divest themselves of some of their property – most notably selling off some of their premium events to a pay-per-view-service or a major network. There was even even the possibility of Vince selling the entire network (and it’s vast library of content) off to a much bigger conglomerate, like Disney.

Now, according to several reports, McMahon is now considering taking away some of the promotion’s biggest events and selling them off to ESPN+. And based on what The Chairman said in recent statements, the deal could be done before this year’s WrestleMania.

According to the WWE’s Q4 Earnings Report for 2019, the Network service has now dropped far below the 2 million figure they achieved just two years ago, down to about 1.5. And while that certainly doesn’t mean anyone in Stamford is starving, it does have a cost-prohibitive effect on the premium shows – especially WrestleMania.

‘The Granddady of Them All’, which once peaked at over a million pay-per-view buys (at $50 bucks a pop), only brought in around 100,000 viewers from ‘over-the-top’ pay services in 2019. And many of their smaller shows were only pulling in around 10,000. Meanwhile, everyone else was taking advantage of the ‘dine-and-dash discount’ that The WWE Network provides: Essentially… signing up for free, watching the show, and then not even leaving any money on the counter. 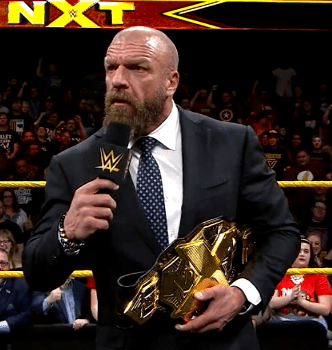 In turn, the Network has also suffered from this flawed business model, with people shuffling in and out on a whim. How much of its fall from grace can be attributed to lower fan interest falling TV ratings bad public relations decisions and more?  That’s hard to forecast. From my own, personal perspective, I canceled my subscription when the promotion decided to move NXT to the USA Network.

And, while I miss having access to all their pay-per-views, I found that I wasn’t watching it enough to justify the extra ten bucks a month. I didn’t quit because I hate the service or WWE, it was just that The Third Brand was the last thing that was causing me to reach in to my wallet.

Right now, the Network is in a pretty tough spot. If they raise the platform price, it alienates a large group of their current subscribers. Perhaps forever. But, at the same time, giving away their premium events has cut into the the gross of their third party, pay-per-view revenue.

So the easy answer? Do what Vince McMahon has always done when it comes to generating revenue: Evolve and Re-Invent, and this business venture allows him to parachute himself and his Network out of a tough situation and in to a soft landing. One with stacks of hundred dollar bills.

Amidst the controversial firings of George Barrios and Michelle Wilson – along with a large drop in corporate value – WWE could also use a big ‘win’ in the eyes of their stockholders. Forming a new relationship with a global media leader further helps solidify the company’s stance as THE pro wrestling leader to the general public, and it also presents dozens of fresh and exciting marketing possibilities.

Oh yeah. And the massive cash flow that would come from a partnership with ESPN wouldn’t hurt, either. After all… No one is allergic to money.

While fans may not want to hear this (or pay for it), this has the potential to be a great thing for WWE. I don’t see any reason why they shouldn’t take a swing at partnering up with The Worldwide Leader in Sports.