“If television’s a babysitter, the Internet is a drunk librarian who won’t shut up.”
— Dorothy Gambrell

As everyone knows by now, Cody Rhodes became the inaugural TNT Champion at All Elite Wrestling’s Double or Nothing pay per view on Saturday. After spending a year as one of the focal points of the fledgling promotion, The Grandson of a Plumber finally got his first taste of AEW gold.

He emerged with the (still-yet-to-be-completed) belt last night on Dynamite and promised to defend it week in, and week out. This falls in line with tradition, as the old NWA World TV title was upheld by names like Arn Anderson, Tully Blanchard and his own father in much the same way.

Somewhere, the American Dream must be proud.

So, go ahead and put Cody on your programming schedule, folks. Get ready to see more of those stylish suits and his pearly whites. Because, the Wednesday Night ‘Movie of the Week‘ will be starring one of the men who helped get the company off the ground… and I have to say? Rightfully so.

There are some fans and observers around the internet who feel like this was another example of the Executive Vice President playing to his own power. They have criticized the move, as Rhodes simply trying to put himself over at the expense of others, and accusing AEW of following the same type of ‘good, old boys’ mentality that has permeated the industry for decades. 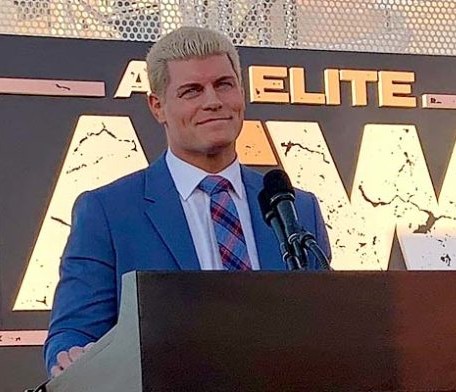 Some even compared it to the way Triple H booked himself when he first gained power in WWE. (Which has to hurt a bit, considering the nemetic relationship the two have had in recent years.)

And while it’s true that Cody may be near the top of the pecking order in the promotion, I don’t think was a case of ‘playing favorites’. Quite frankly, and quite simply… there was no other wrestler on the roster right now that is better qualified to be the first TNT champion.

Cody Rhodes was the right man for the job.

Lance Archer, who Rhodes defeated in his coronation, may have been the smart fans choice for the victory. But in terms of where All Elite Wrestling is right now, they would be better served to have an established name in that role. Even as they add to their roster and try to grow their media presence, the company doesn’t have too many, crossover-type stars. It’s still a work in progress, at this point, and there aren’t many names that mainstream, North American viewers can immediately recognize and get behind.

In short, they don’t have a lot of guys who are recognizable on television, or can deliver a believable, top-notch promo.

Right now, Cody Rhodes is one of those guys. From his presentation to his presence, it makes sense to try and find a way to make him more meaningful. So why not also make him one of the most active members of the roster – and in the process, build up their brand new division?

It will all start next week with Jungle Boy, another emerging star with great TV bloodlines. Without a doubt, this will be the biggest singles match of young Jack Perry’s career, but he isn’t the only contender who stands to get the rub from this platform. And that’s what makes this new chapter of AEW so exciting.

Think about it: Cody has intertwining storylines with several wrestlers right now. As a matter of fact… he pretty much has since the company’s inception. And with a weekly, open title shot?  That means any one of those former foes can step into prime time, and make a legitimate claim to face him for the championship. 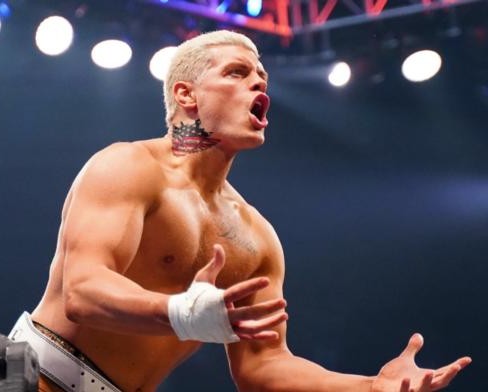 That’s prime real estate for anyone who is trying to build their character and get more exposure. That ‘spot’ not only stands to elevate Cody, but his opponents as well.

The American Nightmare currently has bad blood with guys like Archer and Shawn Spears –   both of whom will likely be on his upcoming schedule of defenses. Not to mention his longstanding feud with MJF, which I’m sure will be coming to fruition in the near future.

He’s also got a few checks to cash with Chris Jericho, the man who defeated him to put him out of the world title picture. Add in in any number of his former enemies and a handful of newcomers, and the possibilities are endless.

So, in essence, Cody becomes the ‘Rubik’s Cube’ of the TNT title picture, as he can switch around and play off all these past angles to help build value to not only the championship… but to his future challengers, as well.

It’s an opportunity to get many more names involved in the mix for a meaningful title, and that’s why having him in the driver’s seat is a great jump off for this undercard. Even if, for now? It pisses off a few people on the internet.

Bottom line – If Cody simply goes down his laundry list of rivalries, we have the chance to see some of the most DRAMATIC television matches we’ve seen in a long time.

And like the commercial says? TNT KNOWS DRAMA.  So, It’s a perfect fit.