That seems to be the growing rallying cry for the WWE call-up, as many fans of ‘The One-Percenter’ feel like he’s just wasting his time in the Biggest Company in the World.

Ethan Carter III, as you may remember, was the storyline nephew of TNA owner Dixie Carter, when he began making industry waves back in 2013. Almost immediately, the cocky young wrestler caught the attention of fans with his cool confidence and ability to work the microphone. And even though he wasn’t exactly an artist in the ring, the audience accepted him as a great character.

Over time – his look, his rap, and his wrestling started to come together, and most observers felt like he would eventually move on to find super-stardom in WWE. He would sign with the sports entertainment giant in early 2018, and was part of a group of confusing and rushed NXT call-ups earlier this year. 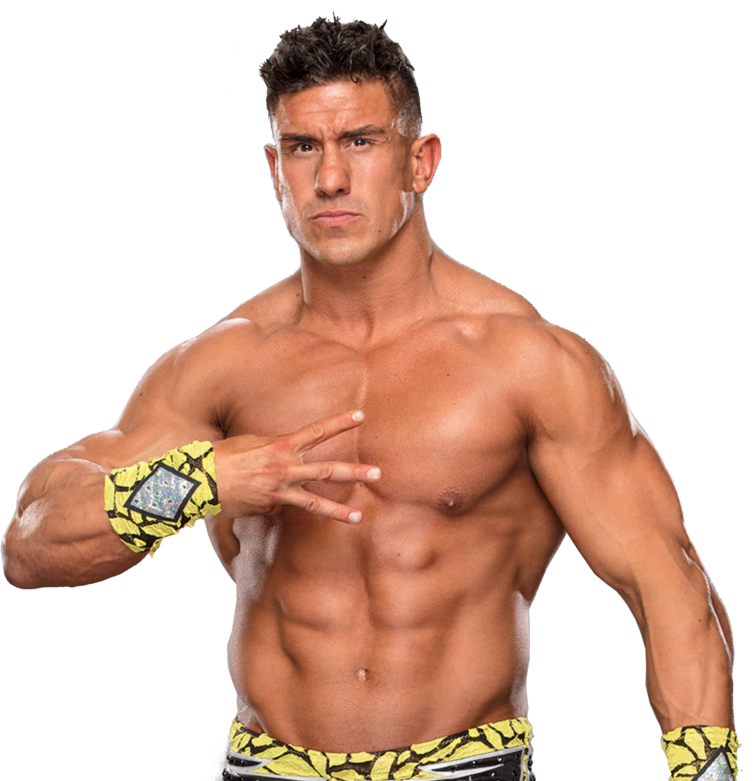 Since then, his tenure has been (literally) a comedy of errors. Either he’s not appearing on TV at all, or barely appears, and often for unexplained reasons. And, when he actually is featured in a segment, he’s made to look like a fool.

In other words, he’s not exactly emerging the main event adonis that we all envisioned upon his arrival.

The last few weeks have been a clear illustration of the shit creek EC3’s boat has been docked in. He was recently portrayed in his pursuit of the 24/7 title while drinking out of a solo cup and being trapped on an elevator. The implication being that he really doesn’t care about much.

Then, the capper came two weeks ago on Monday Night RAW, when EC3 popped up as a potential special guest referee for Baron Corbin in his match against Universal Champion Seth Rollins at Stomping Grounds. The story arc of that night’s show saw Rollins attacking Corbin’s recruits with chair shots, and EC3 would be on the receiving end of one of them.

This led to The New Day bringing out his unconscious body for a comedy skit… using him as a hapless ventriloquist dummy. Then, they simply left EC3 laying face-down on the ramp, while everyone had a good chuckle about it! 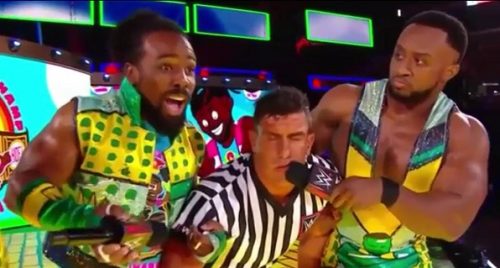 Except for EC3, himself. He didn’t appear to be as amused as everyone else. He responded to a tweet about the segment by saying, “Every time I make you laugh, I suffer more inside.”

The situation surrounding EC3 reminds me a lot of one from around 20 years ago – when a young prospect, with a very similar look and demeanor, was figuratively thrown into the thresher by management. Right there on live television, week after week. And his career never really recovered from it.

Shawn Stasiak entered the WWF in 1999 with a pro wrestling pedigree and a legacy within the promotion. His father, Stan, had a short run as the WWWF World Champion in the 70’s, an era when the belt hardly ever changed hands. And while he may have been merely a transitional titleholder, Stan the Man was well-liked, a trusted employee, and generally viewed as one of the cornerstones of The Federation during it’s coming-of-age years.

His son, meanwhile, was a souped-up, 90’s version of the old man. At Boise State University, he was second in the Pac-10 two consecutive years in amateur competition. And along with those grappling skills – he was educated, could speak well, and had the kind of physique that Vince McMahon always wanted to see in his stars. In other words, he was built “like a brick shithouse”. 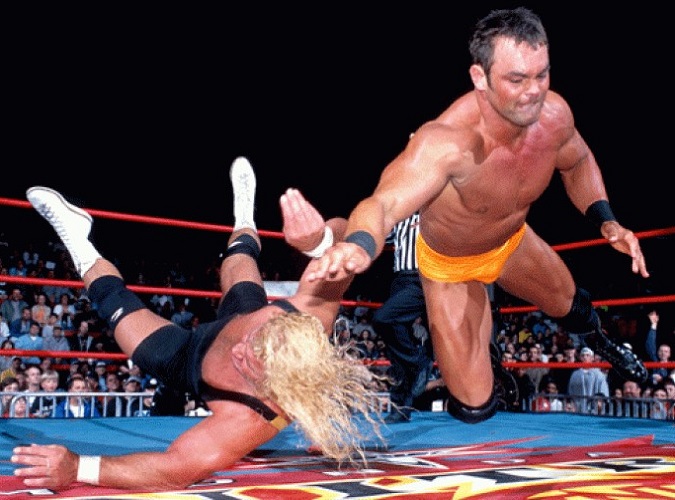 The younger Stasiak was virtually ready-made to be a future champion and mainstay with the WWF. Then, came all the roadblocks.

Instead of being put on the fast track, Stasiak got lost in the shuffle in the talent-rich company. He was saddled with the horrendous nickname of ‘Meat‘, and portrayed as a mere boy toy for female performers. After being fired by the company for an incident where he was tape recording his fellow wrestlers backstage, he emerged in the waning days of WCW, where he was treated a little more seriously and won the World Tag Team title.

Upon his return to the WWF in 2001, Stasiak might as well have been walking in to a hornet’s nest. Already having massive heat from his last stint, he immediately got in trouble for giving an unauthorized interview right before WrestleMania, where he revealed that he and other WCW stars would be at the event.

That pretty much sealed things for Planet Stasiak, right off the bat. 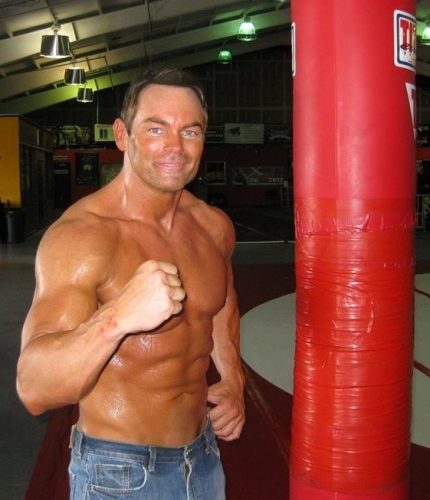 He was given the gimmick of an over-anxious clod – a guy who couldn’t get out of his own way – and was made to do some foolish stunts to get ‘the big stars’ over. He would get the consolation prize of winning the Hardcore title a whopping 15 times, but became fearful and unsure of himself due to the way he was being treated. When describing Stasiak’s mindset at the time, Bruce Prichard even referred to him as “Mr. Paranoid” on an episode of his podcast, Something to Wrestle.

By the time he left the company in 2002, this once, cant-miss prospect had no love or desire for professional wrestling, and said it would be a few years before he could even enjoy the product again.

Stasiak went on to pursue a career in chiropractic healthcare. Today, ‘Dr. Shawn’ (pictured) cares for patients in the Dallas-Forth Worth area, as well as makes appearances as a motivational speaker. So, he’s bounced back pretty nicely in life, and didn’t become one of those pro wrestling ‘horror stories’.

He also became a pretty close friend of mine a few years ago, and we’ve talked about collaborating on a book someday in the future. (For disclosure, I reached out to him personally to make sure it was okay to write this column, and make this comparison.) 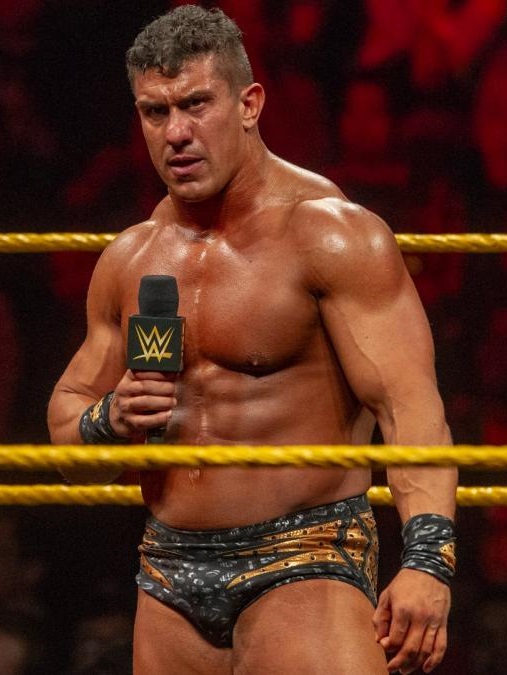 I’ve also dealt one-on-one with EC3 a lot, during his time with Impact. He’s incredibly engaging and has a real, larger than life persona. He’s also funny as hell, and definitely not an idiot. I genuinely like the guy, and it’s sad to see him getting kicked in the dick on a weekly basis.

So, I feel like I can speak firsthand on this a little bit. And from what I’ve seen, EC3’s situation with WWE right now is nearly a carbon copy of what befell Shawn Stasiak — Either someone backstage has it in for him, they’ve decided he’s not what they thought he was, OR it’s simply a lark to amuse Vince McMahon.

No matter the why or the how, what we’re seeing is yet another blue chip athlete – who has all the tools and presence to become a superstar – being made in to a clown. And at 36 years old, EC3 isn’t exactly a ‘young prospect’. In fact, he’s running out of time. His prime earning years are starting to fall by the wayside.

So, if things don’t turn around soon for EC3, his chances for success in WWE may end up just like Shawn Stasiak’s did, so many years ago…  Dead Meat.

There are no mistakes in life, just lessons. #DrShawn pic.twitter.com/POHTJaqegU