That’s the one-word phrase that Tessa Blanchard has hash-tagged all over her social media. It’s part of her character, and her entrance theme. But, it’s more than just a catchy slogan. The term, ‘Undeniable’ defines her better than any adjective I could ever write.

The 23-year-old beauty has gained a ton of attention since debuting in Impact Wrestling in May. Originally thought to be a signed, sealed and delivered property of WWE, Blanchard was a major coup for the re-building brand. She’s part of a crop of new talent that The Order of the Owl is relying upon, as they successfully continue one of the greatest face-lifts any company has ever performed. Blanchard has been part of that fresh look and newfound buzz. And already, she’s being touted by many observers as the future of Impact’s Knockouts division. 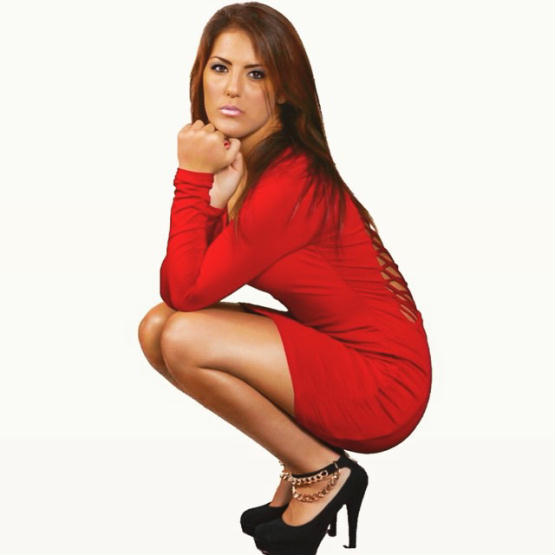 By now, her pedigree has been well-documented. The daughter of Horseman Tully and granddaughter of legendary promoter Joe, she has almost a century of pro wrestling coursing through her veins. After her parents divorced, her mother would later go on to marry fellow NWA legend Magnum TA.

So, needless to say, she’s been blessed with terrific genes and a lifetime as part of wrestling royalty.

Because of that, she’s had a buzz around her from the time she first laced a pair of boots. Almost instantly, Blanchard became a curiosity on the independent scene, as fans watched her and speculated about her development. She also caught a lot of online attention in 2016, when a video of her stunning good looks at her grandfather’s Hall of Fame induction went viral.

Tessa had sex appeal and a famous name, but it also didn’t take long before she began to show an aptitude in the ring, as well. Like many prospects with famous fathers, it was sink or swim for Blanchard. And, after just a handful of years in the business, it appears that she isn’t afraid of the water. In fact, she’s dove in like a shark, in pursuit of what she wants. 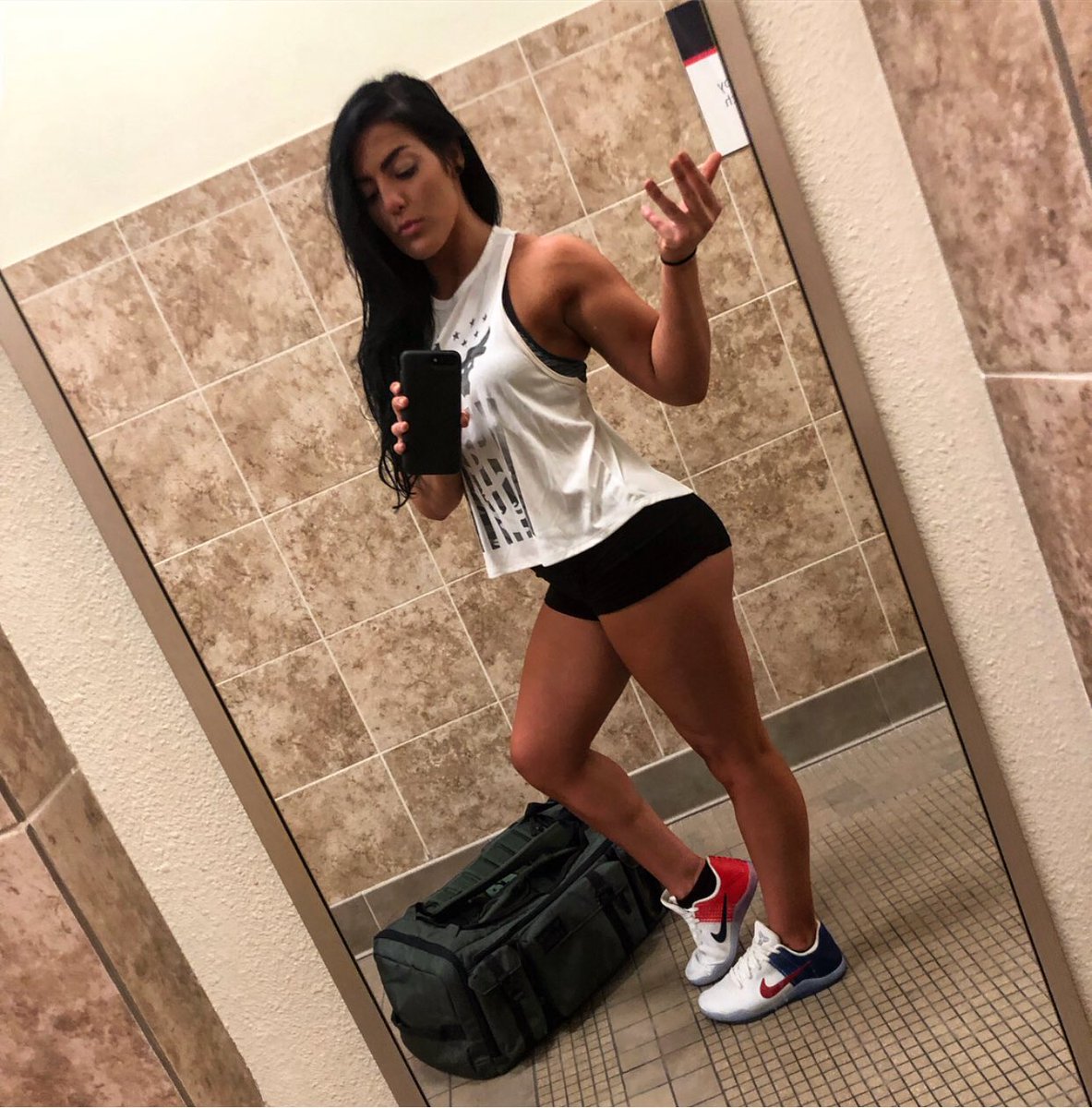 Blanchard collected a dozen or so titles on the indy scene and wrestled in the Mae Young Classic, but hasn’t gotten a full-time, national opportunity until now. It looks like she plans on making the most of it.

While it can be argued that she had an “in” already in the wrestling business, Blanchard’s physical transformation over the past year should tell the fans a lot about her determination. And, ultimately, her eventual destiny in pro wrestling.

Over the course of several months, Tessa documented a new dedication to fitness on social media. She changed her routine, and would often update on her Twitter feed the different steps in the process. During that same span, her success in the gym has mirrored her success in the ring.

As Blanchard took her workout game to a new level, she seemed to be borrowing from her Horsemen roots: becoming ‘custom-made, from head to toe’. While never by any means out of shape, Tessa has added an extra layer of ripped muscle and a more awe-inspiring look. It’s the look of a grappling goddess… and a look that’s (quite simply) made for TV. 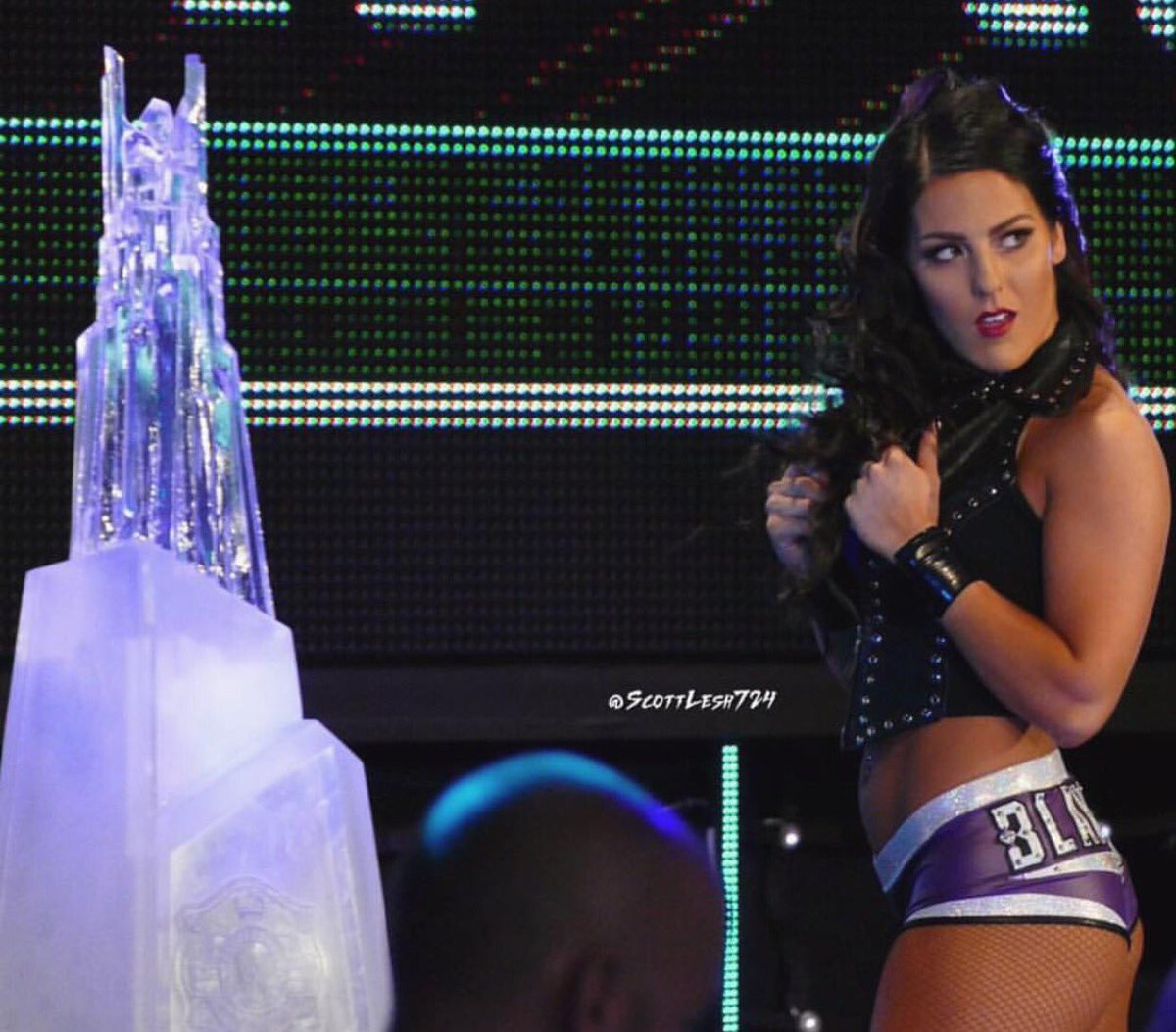 Combined with her chiseled features and icy glare, Blanchard has what many in the military might call a ‘command presence‘ on the screen. She’s simply impossible to ignore, and exudes the mature confidence of a star in every scenario. She’s gone from a promising prospect to a polished pro. And by no coincidence, she’s put in a lot more hours at the gym along the way.

It turns out, that extra work came at just the right time. While this future queen of the ring was putting the finishing touches on her product, Impact came calling with a spot on their weekly programming. Since making her debut, Blanchard has captivated the television audience’s imagination with her physical presence and veteran-like demeanor.

It’s clear that Tessa Blanchard is ready to be a star, and she knows it. After all… she’s been waiting for this her whole life.

If a birth certificate were any indication of success, then Blanchard would have been anointed a champion right out of the womb. Along with her physical appeal, she very well could have survived on those qualities, alone. 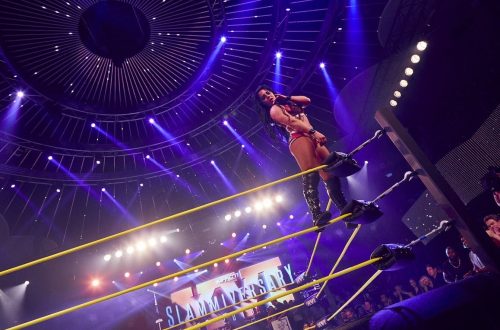 Or, perhaps she could have gotten by on politics. After all, she’s literally been ‘grandfathered into the business’. Lesser talents have been able to make it on their pedigree alone.

Instead, just as she reached the pinnacle of notoriety, she pushed further. Right at the moment she was on the verge of making it on television, she got better.

Tessa Blanchard hasn’t rested on her laurels or her last name, and I think that’s a pretty good forecast for success. And, most of all staying power. While she may portray a privileged prima donna  on TV, it’s pretty clear that this young lady is taking nothing for granted.

Now, all that hard work is leading to the ultimate pay off. It’s right there in front of our eyes. She’s put in the effort. So, if Tessa Blanchard really IS everything we think she is, it won’t be because of her name.

It will be, because she earned it. And, that’s… UNDENIABLE.