When The Bullet Club was first organized in mid-2013, it didn’t make many waves here on American shores. New Japan Pro Wrestling wasn’t quite on the radar of every fan in the world at the time, and to be fair, the performers involved weren’t exactly household names, either.

Boy, how things have changed.

Fast forward to today, and its most prominent members are the kings of the independent circuit. Like Midas, everything they touch seemingly turns to gold, and they’ve marketed themselves in ways that the industry has never really seen before. Three of their offshoots – Cody Rhodes and The Young Bucks – just got done playing host to the world, at the biggest independent wrestling show of all time. 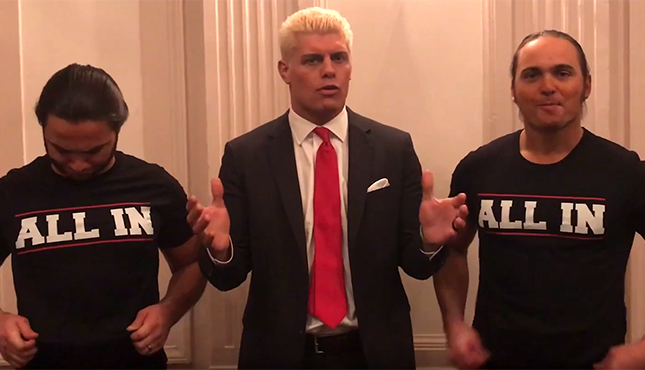 Coming off the success of ALL IN, many fans and observers are wondering what comes next for this trio of entrepreneurs. Their current Ring of Honor contracts will expire at midnight on New Years Eve, and speculation has run rampant on whether they will re-sign with Ring of Honor, or take buckets of cash from WWE. Would Impact be an option? Or, will they take their talents to Tokyo?

On a recent episode of the NWA online series, Ten Pounds of Gold, Cody touched on the issue, “January 1st is a very tricky day. I guess it’s taboo to talk about it, but I’m ok to talk about it. I become a free agent.”

“Looking at how this year went with my exclusivity with Ring of Honor, how much fun I had. How much of a challenge I was presented. Looking at what I did with New Japan Pro Wrestling, looking at what with All In there was no way to map that out last year…no way. So I feel like I’m so found… but I’m also so lost at the same time.”

That sounds a lot like a guy who is still in search of the next plateau, where there’s no telling what kind of heights he could reach – especially with no restrictions. While Cody may currently be the NWA Worlds Heavyweight champion, there’s also nothing written in stone that he’s going to keep that title for a long time. Then the question becomes, what next?

For the Bucks’ part, they don’t seem ready to commit to anything, either. However, there have been whispers that they, too, are looking for a fresh challenge: One where they get to call the shots. Over the weekend, The Brothers Jackson appeared at the Superstars of Wrestling event in Rome, Georgia, and even sarcastically hinted to the crowd there about wanting more freedom, “Maybe next time, we’ll get to wrestle.”

These three guys have transformed from a faction to a phenomenon, and from viral to validated. Over that time, they’ve performed everywhere, and taken on many forms. Why couldn’t they take on yet another form? As in, becoming their own, full-time, travelling road show?

As crazy as it sounds, the ELITE’s success has shown that they don’t really need to sign with anyone, or anywhere. They shouldn’t be tethered to any promotion.

They are, in fact, their own promotion. They’ve proven to the wrestling world that they can do it all themselves.  So, why not plan 2019 aound a series of shows, appearances, and possibly even a full-fledged promotion, with the same philosphy they used to book ALL IN? In other words… why not just cut out the middle man? 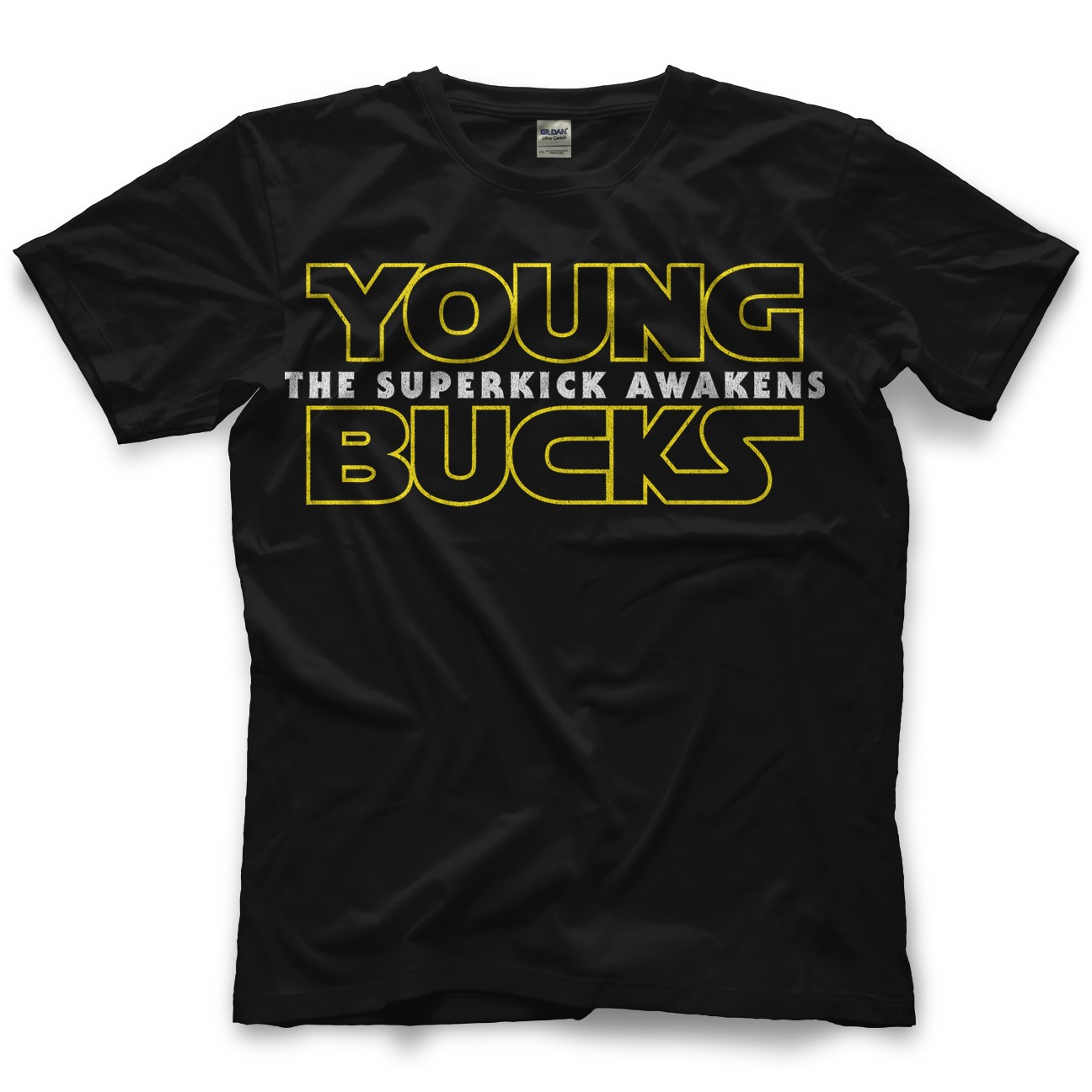 It’s not as crazy as it sounds. More and more companies are giving up on seeking traditional TV deals, and making a lot – or in some cases, all – of their content available online for a fee. Most of these feds typically thrive off of a very loyal, but small, fan base.

That wouldn’t be the case for Cody and The Bucks. Their Being the Elite series is currently being followed by about a quarter of a million viewers on YouTube. They already have a built-in, captive audience to offer a streaming service. Who’s to say that the same fans who swarm to Hot Topic to drop 25 bucks on a T-Shirt, wouldn’t also pay $9.99 a month to follow their favorite faction? Are you ready for “BC-TV” everybody?

In the modern day world of democratized, pro wrestling, it seems there are no boundaries. Social media and breakthroughs in technology have connected the wrestlers more directly with the fan base. Mix that with an environment where YouTube stars make millions a year. The idea that a popular fad can become a monetized mainstay applies to wrestling, just the same.

On top of all those factors, Cody and The Bucks also have the ear of some important, potential investors, like the NWA’s Billy Corgan, and AXS TV owner (and billionare) Mark Cuban. So, there could be someone already in place to help bankroll this whole endeavor. 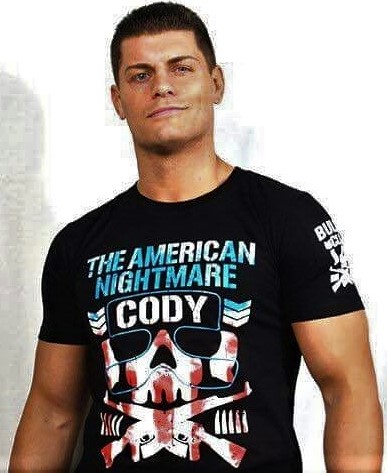 There will also be some potential setbacks. The trio probably wouldn’t be able to legally continue under the ‘Bullet Club; name. They also may not have their cohort Kenny Omega with them, as he appears committed to New Japan for now. And, of course, there would certainly be other difficulties in getting a project like that off the ground.

Obviously, no promotion will ever achieve the financial success or mainstream recognition of WWE. But, if they chose to forge ahead independently, Cody and The Bucks would certainly have more resources at their disposal than 99% of any other start-ups out there. And, a real chance at running a profitable promotion on their own.

That’s where the questions lie: With every advantage in the world, what would stop them? If the situation isn’t right, why would they re-sign with ROH? Why commit elsewhere, if they feel like they can simpy cut out the middle man?

Cody rolled the dice on his career once before, and he came up with sevens. Why not double down… and just start his own company?

Ryan Boman is the Editor in Chief of TheGorillaPosition.com and a freelance writer whose work has appeared at The Miami Herald, 1Wrestling.com & SB Nation. He can be followed on Facebook, and on Twitter @RyanKBoman