“When I was a kid, I read comics. But when I saw how funny it was, and how wonderfully absurd? I said, You know… I gotta do this.”  —  Adam West

As I was watching last week’s episode of AEW Dynamite, I saw that TNT was advertising something they are calling Batweek – a marathon of all the Batman movies from the past three decades.

From the great Michael Keaton, all the way up to Christian Bale and Ben Affleck, the network is about to air the gritty chapters from the modern-day era of the franchise. There will be shadowed scenery, and there will be drama (TNT Drama… if you will). After all, that’s been the persona of The Dark Knight ever since the Tim Burton era.

But somewhere else on the dial – likely in syndication on some obscure cable network – will be the ‘Batman’ that I grew up with. And to be honest? It will probably be a lot more fun to watch. 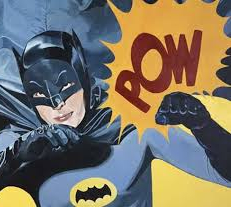 The ‘Batman’ Series from the 1960’s lasted only three seasons, but left an indelible fingerprint on American pop culture

In 1966, the ABC Network launched the version of Gotham’s Greatest Hero that I remember seeing as a kid – the one with Adam West donning the cape and cowl.

Draped in a kaleidoscope of colors, it was like the comic book itself had come to life. Instead of living in the shadows… Batman and his effervescent sidekick, Robin, had suddenly swung in to the era of paisleys and peace signs.

Along the way, they punctuated their crime fighting with a few forced laughs and cartoonish graphics that let the audience know clearly every time they delivered a big POW! or BANG!

Was it campy? Of course. The dynamic duo of that era made silly jokes, and often broke the ‘fourth wall’ in their own subtle way.  (Also… looking back, I’m pretty sure they were two grown men wearing Underoos, before Underoo’s even existed. Which I always thought was kind of weird.)

To this day, many hardcore Batman fans hate the series. They look at it as the silliest version of their favorite character – who was supposed to be dark and gritty. Instead, the show made him look vibrant, and somewhat humorous.

And, I think that’s how a lot of old school fans view All Elite Wrestling right now. While they may respect some of the action, they knock the product for being a little too over the top, and (at times) downright ridiculous.

But, the AEW fans don’t care. They appreciate this neon noir in much the same way that fans like me still have an appreciation for the old Batman series. We didn’t mind some of the madness, because at the end of the day? It entertained us.

Take a look at Dynamite right now, and you have sort of the same situation: Amidst a technicolor backdrop, you have Cody in the Adam West role. And right there across from him is his foil – the always hilarious Chris Jericho as The Joker. And while there are other villains, he’s pretty much the head cheese among all the ‘bad guys’. 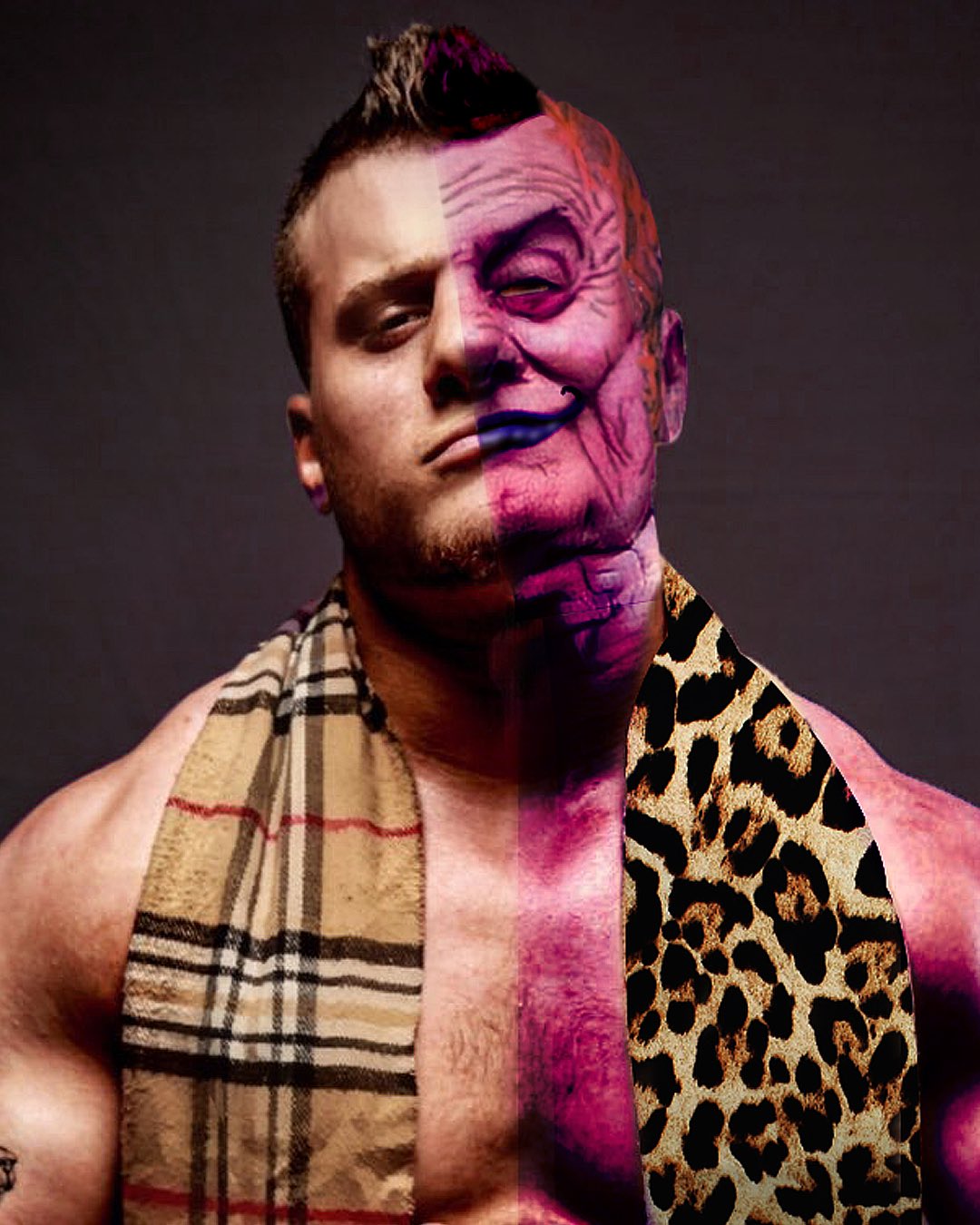 As one of AEW’s top heels, MJF has all the makings of a diabolical super villain

And while it would be easy to cast MJF in the role of The Riddler?… We’ve also found out recently just how much of a Two-Face he can be.

AEW’s cast of characters is quickly becoming larger than life, and perform on a vibrant and vivid stage. And unfortunately for the naysayers, the people tuning in seem to be enjoying this ‘light show of levity’.

Much like the people that didn’t mind watching Batman do a disco dance back in the 60’s, modern day viewers who support All Elite Wrestling are dedicated to the product and seem to be enjoying it. Even if some of their fellow fans hate the program, or just don’t seem to ‘get it’.

I’m one of those people who always saw the ideal wrestling show to be one way – In the middle of a completely dark arena, with nothing but a spotlight on the ring. And of course, NO room for comedy.

But, having watched the atmosphere and excitement that AEW generates with their audience each week? I’m convinced that they’re finding the right ways to mix in just enough kitsch humor, loud boisterous colors, and super cool action sequences as part of their overall story. And it’s helping to build their own loyal following, even if it isn’t how all the other super heroes in pro wrestling may be doing it.

Just like Batman in the 1960’s… All Elite Wrestling has tapped in to a younger audience, who doesn’t mind a little bit of cornball campiness, mixed in with the BOOMS! and POWS! of all the in-ring ‘fight scenes’.

And most importantly? They’re proving that there’s more than one way to ‘Save the Day’.