As the World Turns in the Bobby Lashley-Lana-Rusev storyline, things have just gotten more and more bizarre.  And while the sands painfully pour through this slow moving hourglass, one thing seems pretty clear… This thing isn’t going away any time soon.

Once Lana revealed that she was Humpin’ Around with Bobby, all hell broke loose for the viewing audience. We were inundated with shots of the devious duo in bed together, mocking Rusev, kissing on the ramp, and dry humping in public, at any given moment.

But alas, the jilted hubby gained a measure of victory (I guess?) when he demanded that a one-on-one showdown with Lashley be a part of the settlement. Then, he left the humongous homewrecker laying… All while wearing a Donald Duck t-shirt, no less.

That dodgy drama was followed up by a lackluster Tables Match at TLC on Sunday. With all the emotional outcomes at stake, you would’ve expected a war. Instead, it was a disorganized ‘brawl’ that made some of the redneck rumbles on The Jerry Springer Show look like Ali vs. Frazier. 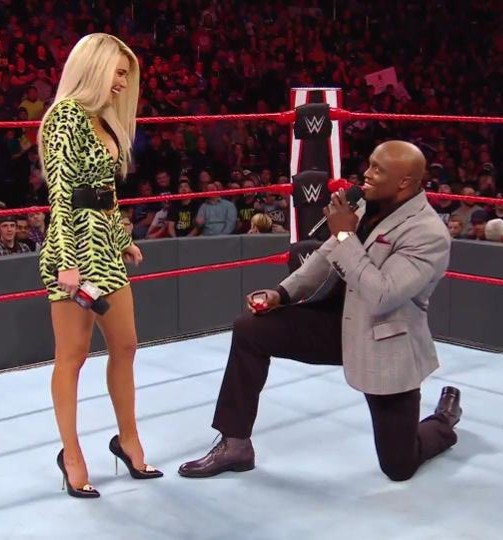 This confrontation had all the sex and irony you might expect from something so sappy;  Lashley gained a tainted victory after Lana jumped on Rusev’s back – accidentally exposing her own taint in the process.

Things finally reached their climax (pun intended) this Monday, when Lana convinced her boy toy to go ahead and pop the question.

In a bitch move that comes right out of the Joan Collins Playbook… she actually told him, to ask her, to marry him. And without fail, Lashley succumbed to her wishes in front of a bewildered, and somewhat mentally exhausted, crowd.

As this love triangle plays out in the squared circle, it appears that WWE is trying to get Rusev over as a sympathetic babyface, and the victim of a stunning betrayal. It’s actually a long time coming, as the big man has often been considered one of the most misused performers in the company. At the same time, they’re doing it at the expense of ‘slut shaming’ his real-life spouse.

It follows in a long line of odd progression for all their characters, which in Hollywood terms, has been B-Movie level, at best.

Lashley has been largely wasted since his return to WWE, with his most notable promo centering around an awkward conversation about his sisters. However, when he initially re-entered the promotion in 2018, there was a lot of chatter about a potential dream match with Brock Lesnar.

That was quickly pushed to the wayside, as he was put in to a go-nowhere feud with Sami Zayn, before eventually being part of an oddball pairing with human mosquito, Lio Rush.

Meanwhile, Rusev and Lana have been in Vince McMahon’s dog house since they leaked their real-life engagement back in 2015, and they’ve paid the price ever since. They’ve been squashed at any point where they start to organically get over with the audience, and this current storyline is no exception. 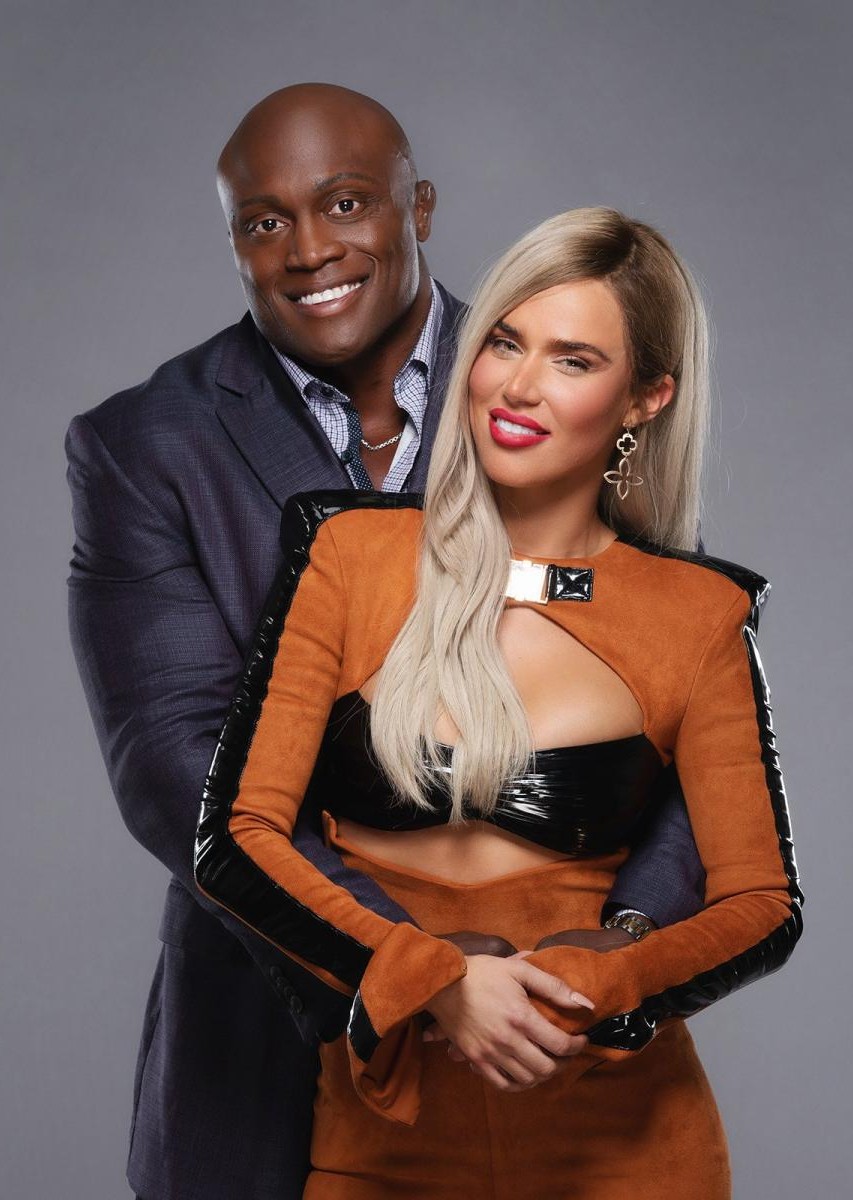 While the trio has received mixed reviews, NONE of the performers involved look very comfortable in their current roles. To be fair – Lana and Lashley aren’t exactly known for their overall acting chops, so putting them in this position is sort of like seeing a pig on roller skates. Her ‘heel voice’ is incredibly annoying (…and NOT in a good way). And as for Lashley? He’s got about as much natural charisma as a wooden indian.

On top of that, the entire viewing world has already seen this type of thing from WWE before, way too many times. There never seems to be much of a payoff, just a lot of embarrassing television segments that aren’t even worthy of a Skinemax production.

So, it’s time to spill the tea: This angle has gone from scandalous to ridiculous in a short amount of time. That’s partially because the people involved either aren’t qualified, and/or eager, to pull it off.

But most of all, it’s an indication of WWE continually going to the well too often, for these stupid (but supposedly steamy) storylines that have become redundant over the past two decades.

Whether it’s adultery, pregnancy, abortions, miscarriages, bastard sons, etc… the promotion always feels the need to fall back on salacious scenarios to try and stun the audience.

Not only does this sometimes put the performers involved in an awkward position, it’s also been played out so many time before, that the desired shock value no longer exists. No one really cares about the outcome.

That’s because like any sappy, serial drama? It’s heavy on the front side, but there’s no long term finish. You can only have so many tawdry affairs, fake deaths, and dramatic cliffhangers before the audience starts to become numb to it all. In other words: It can only go on and on, until it’s been overdone. Much like every soap opera before it.

Our only hope is that WWE eventually books some kind of amnesia storyline. Not for the wrestlers, but for us fans. Or, possibly? One where this whole thing is just a dream… and we can wake up believing that it never really happened.

Ryan Boman is the Editor in Chief of TheGorillaPosition.com and a freelance writer whose previous work has appeared at The Miami Herald, SB Nation, The Southern & 1Wrestling.com