“Women really do rule the world. They just haven’t figured it out yet.
When they do, and they will… we’re all in big, big trouble.”
– Doctor Leon

The Queens of Wrestling continue to take their rightful spot among the hierarchy.

The signs are everywhere. As we roll toward WrestleMania, the biggest active star in WWE right now is Becky Lynch. In the last year or so, she and her female cohorts have broken about a million barriers, including their first pair of Royal Rumbles, a mind-blowing TLC match, and being the focus of their very, own pay-per-view. On top of that, the division showcases one of the most recognizable athletes in the world in Ronda Rousey, who has helped take things to an entirely new level in terms of publicity. 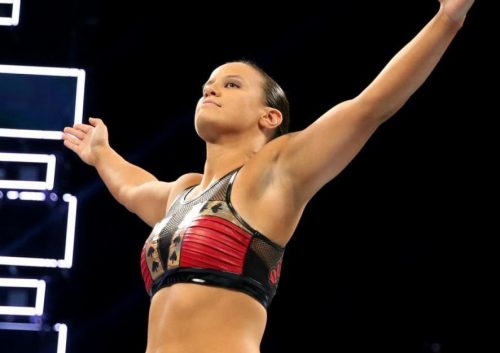 Call it a Revolution, or Evolution. It doesn’t matter. Professional wrestling has witnessed a historical turn, in terms of equality and balance.

And it doesn’t stop in WWE. From the launch of the Women of Honor title, to the promising future of Impact stars like Tessa Blanchard, Jordynne Grace and Kiera Hogan – 2018 was a sign that women’s wrestling will only continue to grow. Jeannie Buss’ WOW promotion has come out of the gate with a boom, and international competitors like Toni Storm and Rhea Ripley are becoming household names in the United States.

It’s as if there are literally no more boundaries on what the ladies of wrestling can do.The mere fact that the RAW Womens title will likely headline the biggest show of the year says it all, in terms of how much the playing field has been leveled.

But, not so fast. We’re just getting started.

In many corners of the wrestling world, women are working at an equal level with their male counterparts – not only on the same card, but in the very same match  … Read the Full Column at FANSIDED.COM