“When you entertain a clown… You become part of The Circus.”

If I can be serious for a minute…

After watching AEW’s Double or Nothing pay-per-view this weekend, I think we can all safely say that the fledgling promotion hit it big on their first night out. While WWE may say it’s their mission to ‘put smiles on people’s faces‘, it was All Elite Wrestling who had the last laugh in the first scrum of this new wrestling war.

Despite the massively positive feedback from that event, there’s little time for kidding around. For AEW to truly be considered a success, they will have to maintain their momentum and establish their upcoming television show.

Vegas can be considered AEW’s bachelor party, but now, they get to find out what it’s like to be married to an audience. They will have to establish a long term identity. And, as many happy feelings as they may have earned over the weekend, there’s one thing The Elite should avoid going forward.

Please— Don’t spotlight ‘wrestling comedians’. At least, not on your weekly TV program.

Double or Nothing featured a few gimmick wrestlers and a couple of ‘joke spots’ in the lower card, particularly during the Casino Battle Royale. That’s fine, even though it’s not really my jam. Fortunately, all the funnies didn’t take away from the greatness that followed. 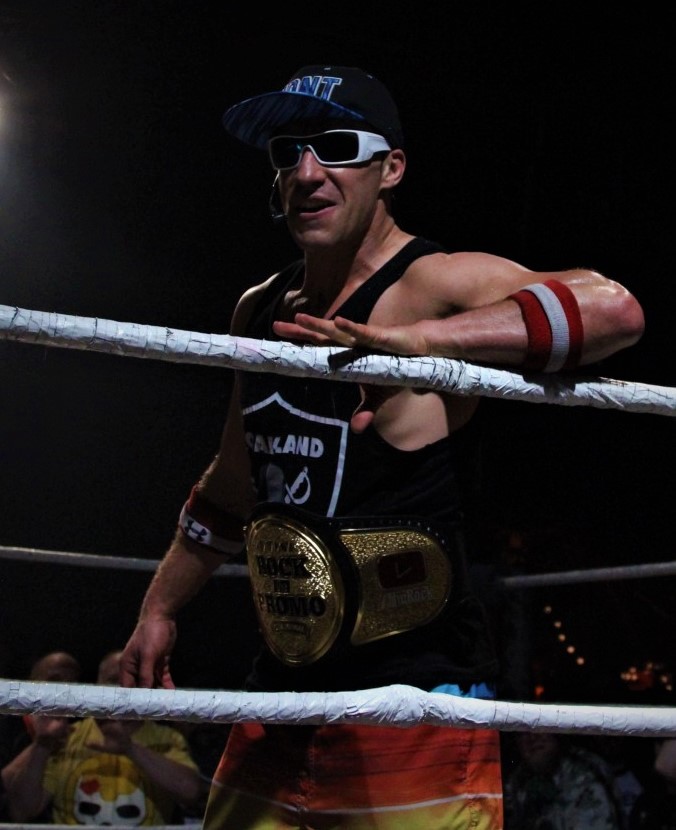 I fully expect a couple shots of humor during a three hour show. I can handle some not-so-sober moments. If not, every episode would just be a redundancy of violence.

On the flip side – while I respect some of the performers and acknowledge that wrestling has always had some element of outlandishness – I can’t and won’t accept it in excess.

For this new promotion to be taken seriously, they need to avoid yucking it up too much, especially in front of new or lapsed viewers. People have seen that type of clown show from WWE already. In fact, they’ve almost been conditioned to expect it. So, if All Elite really wants to set itself apart, Tony Khan and the boys should try to distance themselves from as much carnival crap as possible.

That makes it much easier for old school fans (like me) to get on board as well. Most traditionalists already support AEW because of its connection to the Rhodes family, but us breadwinners won’t stick around for a whole lot of teenage nonsense.

What I’m saying is: As a supporter of a product that most of the general public laughs at, all I ask of All Elite Wrestling is that they give it some level of respect back. If I’m willing to accept the normal goofiness of this pseudo-sport, don’t doubly insult my intelligence by making it even goofier.

So please, AEW — save the ‘magical bullshit’ for David Copperfield. No invisible hand grenades, hypnosis, or ‘using The Force’. I don’t want to watch Three Stooges routines or anything gross for the sake of being gross 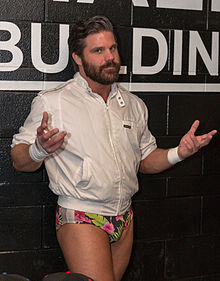 Which brings us to Joey Ryan… professional wrestling’s ‘One-Dick Pony’.

Let me say that I don’t hate Joey Ryan, or wish death upon him (like a certain tennis racket-swinging, former manager). For all I know, he might be the nicest guy in the world.

It’s just… his act that I hate.
As a matter of fact, I despise it.

From his entrance, to the final bell, his performance is more like a Saturday Night Live skit than a match. The audience typically treats it as such, waiting more for him to stick a ball-sweaty lollipop in his opponent’s mouth than the actual outcome.

In other words, no one cares who wins… It’s just for shiggles.

And. quite frankly, that’s all he has. His only appeal is that he’s willing to go out there and make a fool out of himself. And in turn, everyone who paid to see him.

For fans like me, that not only ruins his ‘matches’, it takes away from the rest of the card. Why should we take any of the other storylines seriously, if one guy is making it all just seem like a big joke?

I’ve never gotten the appeal, nor do I understand the portion of the audience who actually like this sort of thing: How many times can you watch a guy pretend to flip someone with their penis, and be wildly entertained by it?

And why – for the love of Christ – do I even have to type that question?

I don’t think I could support AEW if they made acts like Ryan a part of their television product. I just couldn’t watch crap like that, week-in and week-out. For me, it goes back to the image that wrestling fans represent the lowest common denominator – a bunch of uneducated yokels who can be fooled by anything. Like the only people who attend a card are a collection of immature nimrods, still giggling at every dick and fart joke out there. 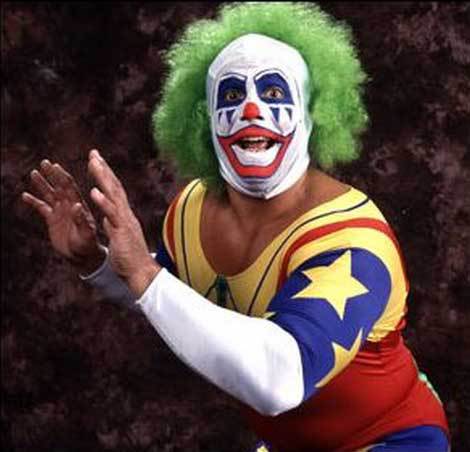 That’s not who we are anymore. (I hope). So, save the simple carnival tricks, please.

My advice to All Elite Wrestling would be to continue to cultivate their roster, focus on their great competition, and make their titles seem important. Keep working on improving the production value, and crafting great storylines.

If you want to build up a loyal WRESTLING audience?

Don’t be unrealistic. Don’t be corny. Don’t be disgusting.
Most of all, DON’T hire Joey Ryan.

Moves like that would only ruin any goodwill you’ve already gained.

At the end of the day, I want to watch the all-new AEW for action and excitement. And, if there happens to be a few laughs along the way, so be it. I enjoy a little bit of humor, but I like it to happen organically.

Ryan Boman is the Editor-in-Chief of TheGorillaPosition.com and a freelance writer whose previous work has appeared at The Miami Herald, SB Nation, The Southern & 1Wrestling.  He can be reached at [email protected], or on Twitter @RyanKBoman