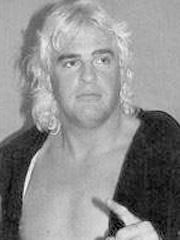 Somers rose to prominence as one half of the tag team titleholders with the late ‘Playboy’ Buddy Rose. The duo were managed by Sherri Martel, and engaged in a classic feud with the Midnight Rockers (Shawn Michaels and Marty Jannetty) over the belts.