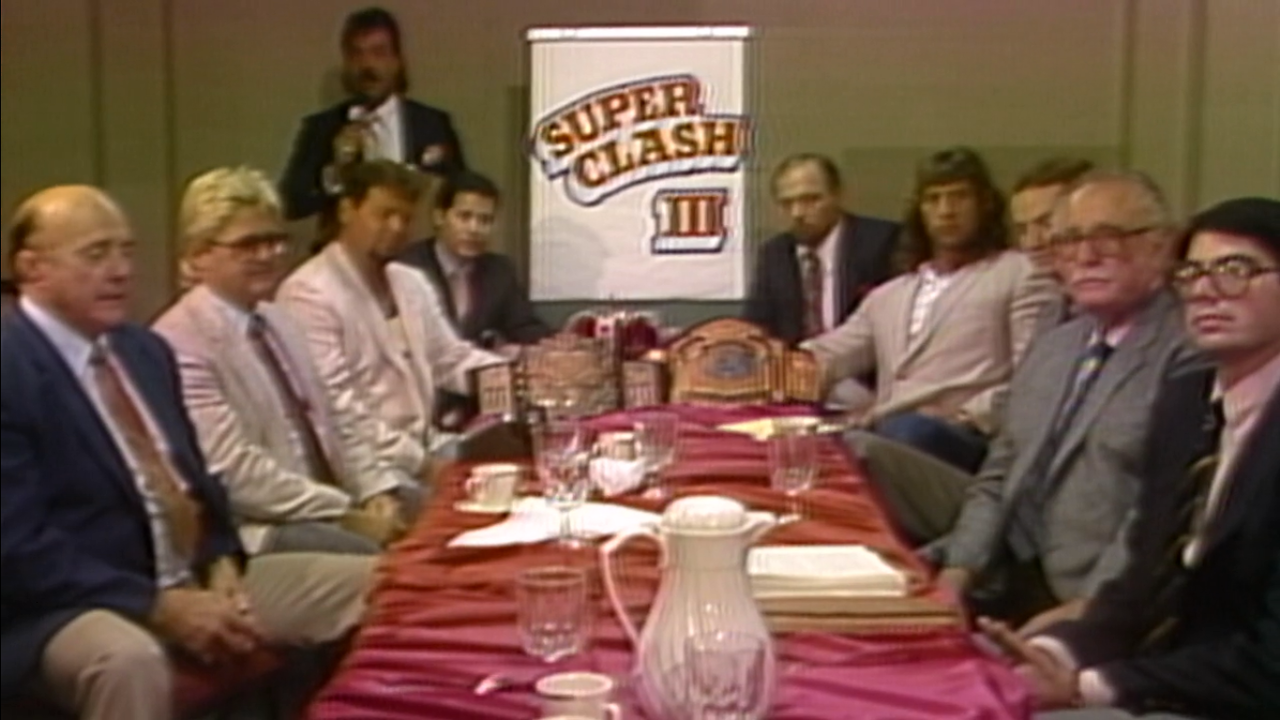 The event would be the only AWA show to be broadcast on Pay Per View, and featured stars from all three major companies involved: The World Class Wrestling Association,and the CWA, along with women’s promotion Powerful Women of Wrestling (POWW).

While promoters billed it as a ‘mega-event’ on par with the WWF’s WrestleMania, it is considered by mat historians as an all-around failure. Fans were critical of the sketchy, muddled finish of the main event, and the financial response was far worse… SuperClash III, pitting two world heavyweight champions against one another, drew a live attendance of just over 1600 people.