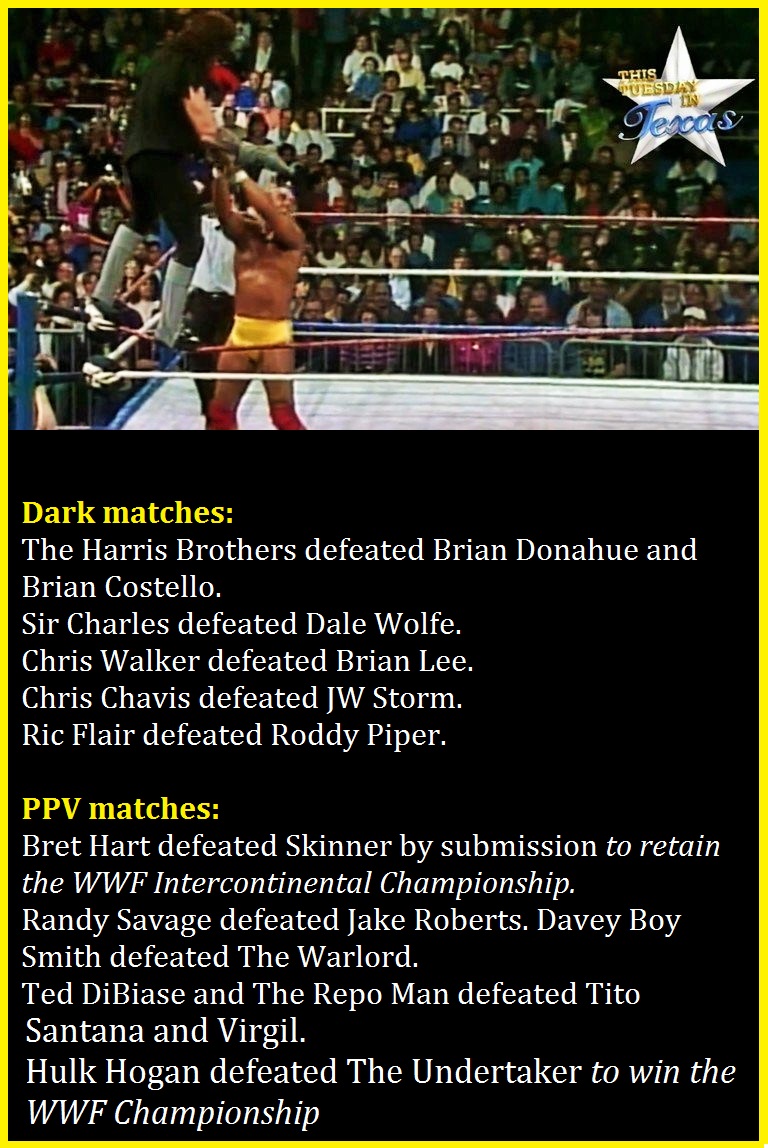 The WWF stages one of its least successful events of all-time, This Tuesday in Texas, a mid-week pay per view that saw Hulk Hogan re-capture the WWF World Heavyweight title from The Undertaker.

This would be the second straight disputed finish between the two wrestlers, thus the title would be vacated a week later. The upcoming Royal Rumble would be used to decide the new champion.

The Tuesday pay-per-view experiment was a flop, as approximately 8,000 people attended the event, with only 140,000 watching on pay per view. The company would attempt the format years later with Taboo Tuesday, which also didn’t fare well as a middle of the week event.

Of historical note is the semi-main event on the card: an incredibly emotional battle between Randy Savage and Jake The Snake Roberts, that saw Elizabeth get slapped by Roberts after the match was over.