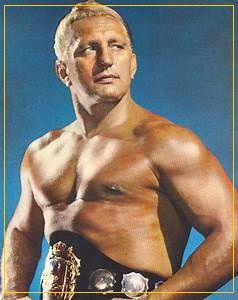 However, a group of wrestling promoters in the Northeastern United States refused to recognize the title change since it occurred in a one fall match. And behind the scenes, Toots Mondt and Vince McMahon Sr. were quarreling with the NWA office over Rogers’ bookings.

Thesz would keep the belt, but the title change led to a split that would create the World Wide Wrestling Federation (today known as World Wrestling Entertainment).

In the post script of their historic encounter, Thesz and Rogers faced off again on February 7 in Toronto, with Thesz winning two falls to one. Shortly after, in April, Rogers would be recognized as the inaugural WWWF Champion.

The match is sometimes considered the most influential of all time, as in the long run, it would lay the seeds for major changes in the New York territory, and eventually, the McMahon empire.

THESZ vs. ROGERS in a prior 2 out of 3 falls match – CHICAGO, IL