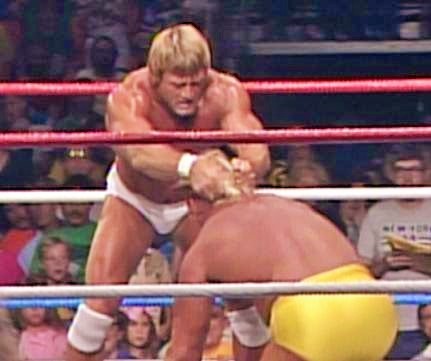 “The Great Betrayal” came at the peak of Hogan’s first title run.

Following a victory over King Kong Bundy and Big John Studd, Paul Orndorff pretends to celebrate with Hulk Hogan— raising his hand, before clotheslining him.

Orndorff then delivered a piledriver to Hogan, and acknowledged that he had aligned himself with The Heenan Family. The moment (which would air later in July) shocked the audience, and is now commonly known in WWF lore as “The Great Betrayal”.

Hogan and Orndorff would culminate their feud in one the first big showdowns of the Saturday Night’s Main Event era- a cage match for the WWF World Heavyweight title.