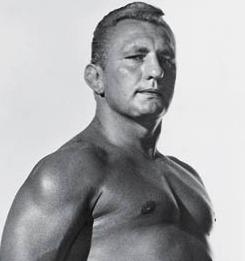 Herman Rohde, known to wrestling fans and the world as “Nature Boy” Buddy Rogers, dies while on life support in a Florida hospital. He had suffered  a severe broken arm and three separate strokes just days earlier, and passed away in Ft. Lauderdale  at the age of 71.

Rogers was wrestling’s original “Nature Boy”, having later anointed Ric Flair with the moniker when they finally faced each other in the 70’s. He was also one of the sport’s first ‘pretty boys’, and his arrogant heel character became legendary for enraging fans and selling out buildings.

Rogers was the first man to hold both the NWA and WWF World titles, as well as one of the stars of wrestling’s golden age and the early days of American television. He was also known as being one of the men who television interviews are still patterned after to this day. His heel verbiage includes the arrogant and infamous phrase – “To a nicer guy, it couldn’t happen!”