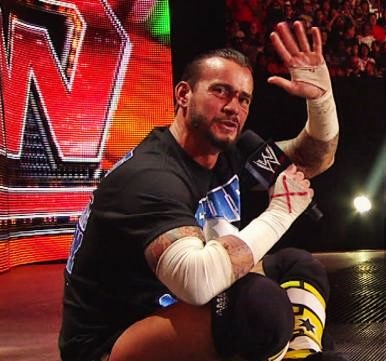 CM Punk would part ways with WWE in 2014

CM Punk sits on the stage entrance of Monday Night RAW and drops what has now become known as “The Pipe Bomb”.

Punk explained his contract was set to expire after the following month’s Money in the Bank pay per view, and then publicly ripped into his soon-to-be former employer. For nearly ten minutes, he shot hard on WWE management, including Vince McMahon, John Laurinaitis and Triple H, before his microphone was cut off. The moment shocked the fans in attendance, and almost instantly, had the internet buzzing.

Punk’s very real frustrations finally boiled over in 2014, when he departed the company for good. He has since lost his only two pro fights in the world of mixed-martial arts, and appears to be done with his UFC career.