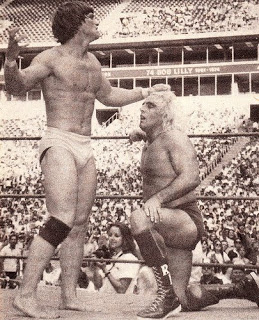 On this day, Kevin Von Erich stepped up to challenge Nature Boy Ric Flair for the NWA World title. His brother, Kerry, had defeated Flair the year before at the inaugural event, and Kevin was looking to strike gold for the family again.

It was not meant to be, however. as Flair used his usual nefarious tactics to stall and escape Von Erich, just as he appeared on the verge of victory. Eventually, the champion escaped with his belt, when the two battled to a double-countout.