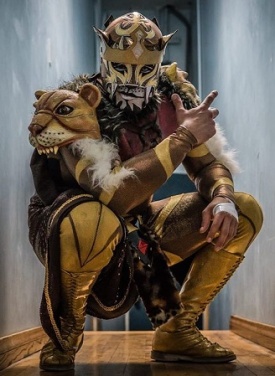 PHILADELPHIA — MLW today announced AAA’s Puma King and Gringo Loco vs. Injustice for MLW: FIGHTLAND at the 2300 Arena in Philadelphia on Saturday February 1. The event will be a MLW FUSION TV taping for beIN SPORTS.

Standing in their way: the rulebreaking squad of Jordan Oliver and Kotto Brazil, collectively known as Injustice.

Injustice has been vocal about getting a crack at the Von Erichs’ titles. In order to get a taste of the gold, they must make their case by impressing league matchmakers with wins.

Facing a more experienced duo known for their unpredictable approach to matches, Injustice can expect a high flying feline and explosive human cannonball when they battle Puma King and Gringo Loco.

Which team will prevail and move one step closer to a world tag team championship bout?