On the anniversary of his wrestling debut, “The One True Ace” discusses how his love of wrestling and his in-ring style came to be.

All his life, Ace Austin has been preparing himself to become The One True Ace.

In an exclusive interview with The Gorilla Position, Austin said the wrestling bug was there as far back as he can remember. “My first memory of locking onto professional wrestling as what I saw for myself comes from when I was about 4 years old,” Austin said. “I was sharing a room with my brother and were scrolling through the channels channels when I saw Shawn Michaels come off the top rope against Rob Van Dam. At that young age, I can remember that as far as becoming a fan. After that, it was religious.”

Austin spent his childhood setting about the task of making pro wrestling his calling. Having played several sports throughout school – football, track, and some basketball with his friends, he was gathering experiences and physically preparing himself for the demands of the ring.

One discipline in particular would help mold him into the physics-defying performer seen in the ring on Impact Wrestling and MLW Fusion each week. “I started practicing parkour when I saw that on the internet,” Austin said. “I was intrigued by it at first because I wanted to learn how to do really cool flips. When you get into and listen to what some of these instructors are really talking about, it’s about being able to control your body in ways that can enhance your ability.”

The physical training and parkour discipline have enabled Austin to evade opponents and strike from nowhere like no one else can do. Slithering in-between the ropes, hitting a double-leg takedown out of a roll – all things that can easily confound opponents and astound viewers.

Austin has prided himself on being different inside the ring to the point that it is his focal point of study when he’s watching back matches. “That’s something I’ve worked very hard on is trying to put out there something people haven’t seen before,” Austin said. “My philosophy on watching wrestling or studying wrestling isn’t to find things that I can take or steal. I look at wrestling to see missed opportunities. I study wrestling to see things that I can do that nobody else can do.”

Those ways and means of doing what no one else can inside a wrestling ring has raised Austin’s profile very high in a very short time. Austin is a featured performer on both Impact and on MLW Fusion. Tomorrow – one day after the fourth anniversary of Ace Austin’s anniversary in pro wrestling – he has a shot against Teddy Hart for the MLW World Middleweight Championship.

In most cases, Austin’s confidence would be at an all-time high heading into such a high-profile match on such a big stage. Being across the ring from a fellow innovator, however, makes all the difference. “He and I are a lot alike in the way that we innovate and create in the ring,” Austin said. “That’s where I think my biggest struggle is going to be. I know my wrestling style is unlike anyone else’s, so when I’m in the ring with people not really of that caliber, it’s easier for me to be ready for what they’re going to do because I’ve seen what they’re going to do. But with Teddy Hart, a lot of what he does is things you haven’t seen before and things you can’t be ready for.”

Austin, however, is ready. “This is for the World Middleweight Championship, something I’m sure means a lot to him. But I’m on a hot streak and I’m so confident in everything that I’m doing right now. Every year since I’ve started has been my year. It’s been a step forward consistently and I’m not going to slow down now, especially not with all these huge opportunities in front of me.” 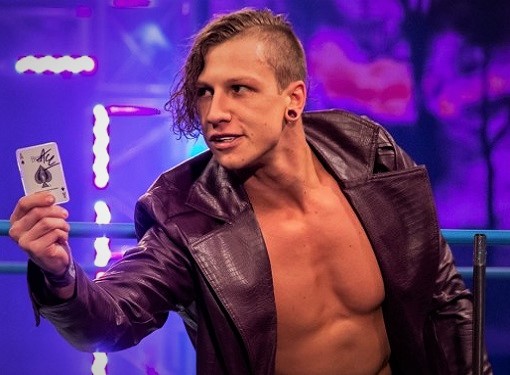 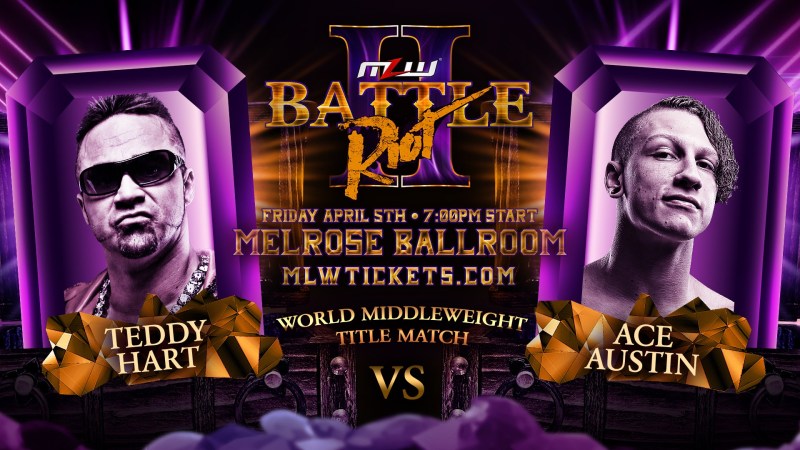