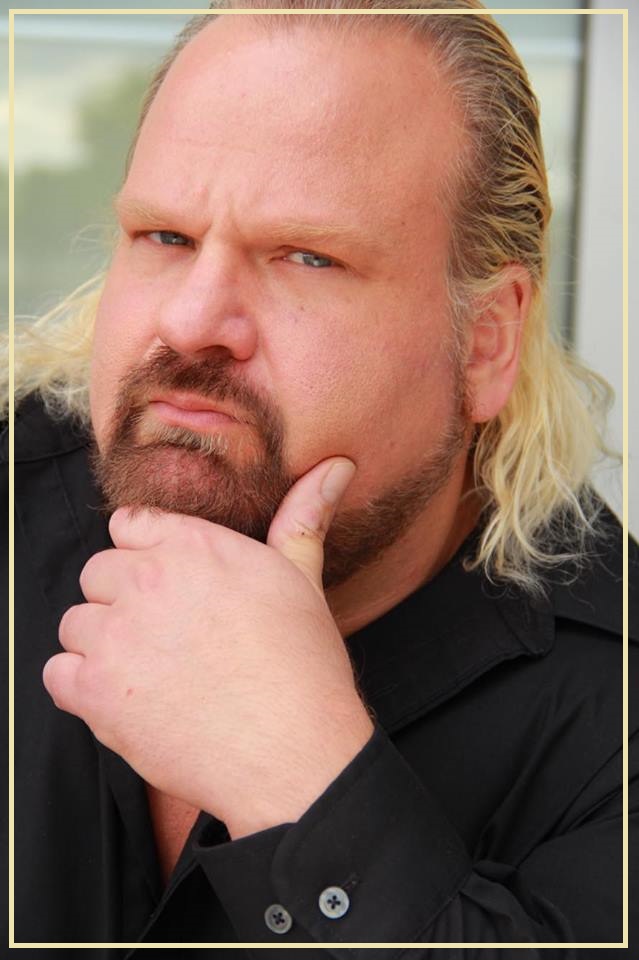 Every Thursday, the Fox Network takes viewers into the DC Universe with Gotham, a prime-time, science fiction drama based on the Batman series of comics and films. This week, the show also had a pro wrestling connection, as New Jersey indy performer Andrew Anderson played an important part on the program.

Anderson portrayed a member of the city’s most dangerous group of biker bad guys, The Gotham Demonz. It was a small, yet pivotal speaking role, and one that has the big man continuing to receive even more offers from Hollywood.

“I play one of the leaders of the Demonz and the three of us get robbed by Catwoman in the episode.” Anderson said in an interview with TheGorillaPosition.com shortly after the show aired. “I play a hit man… assassin type.”

After over two decades in the ring, Anderson has had a solid career on the mat, working steadily up and down the east coast.  But, his recent success as a thespian has him eyeing a career in a different form of entertainment. He talked about his transition from the ring to the screen, and the adjustments he’s made in becoming an actor.

“Making it in acting is just as difficult, if not more, than making it in wrestling. My wrestling career was great, and I’ve been doing it- still doing it- for 23 years,” he commented. “Now, the doors have opened for me in acting, and I want to pursue every opportunity I have.”

Anderson’s acting endeavor is not a gimmick, nor is it designed just to get a cheap pop. His roots in the theater run deep. He was originally trained by one of the greatest film actors of all time, Ernest Borgnine. 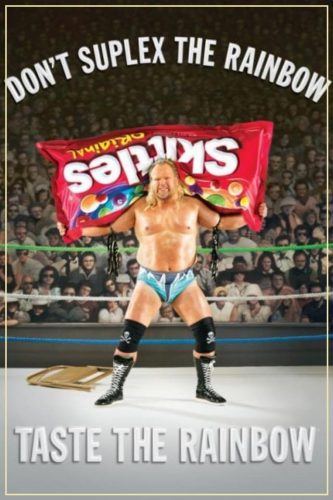 “I took classes (from Borgnine) in 2005,” he said. “So, I credit Ernie as my acting coach. It was a little seminar that he had in Manhattan.”

After a cameo role in the critically-acclaimed film, The Wrestler in 2009, he has appeared in television and advertisements. He was the focus of a notable ad for Skittles candy that appeared all over New York, including Times Square. The campaign was entitled, ‘Don’t Suplex the Rainbow’.

“People were calling, telling me I was in every shopping mall, in all those rotating, glass light-up slides with the print ad, in the movie theaters,” Anderson said. “And, I thought that was great. I started focusing on the wrestling more, but all of a sudden, doors just started opening up again.”

For Anderson, switching from power slams to prime time means that he is going to play a lot of similar roles. He acknowledges that a guy with his look and brutal background is the usual Hollywood stereotype of a ‘heavy’. 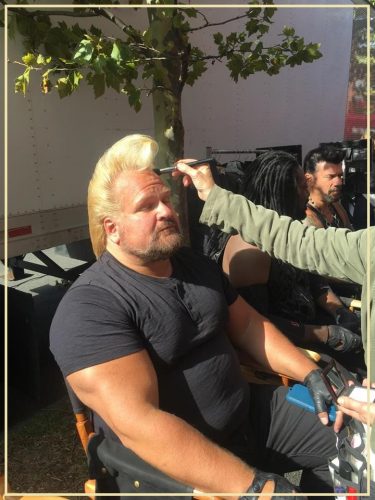 “I’d really like to act and break out, and show them that I really can act. Other than just playing a tough guy, running around with a gun, shooting people, and things of that nature all the time.”

In this week’s episode of Gotham, when Anderson and his cronies cross paths with Catwoman, the end result leaves his character in pretty bad shape. So, does that mean that his time with the show is done?

“Apparently… and I’m just saying APPARENTLY, we get killed by Catwoman and Barbara.” he said, as Gotham has become well-known among fans for it’s own brand of swerves. “Am I dead? Let’s put it this way: No spoilers.”

Stay Tuned for the further adventures of Andrew Anderson… 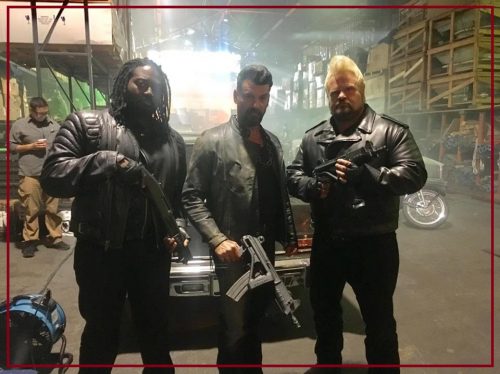