Veteran powerhouse Luis Martinez has taken his game to a whole, new level since arriving in Ring of Honor in 2015 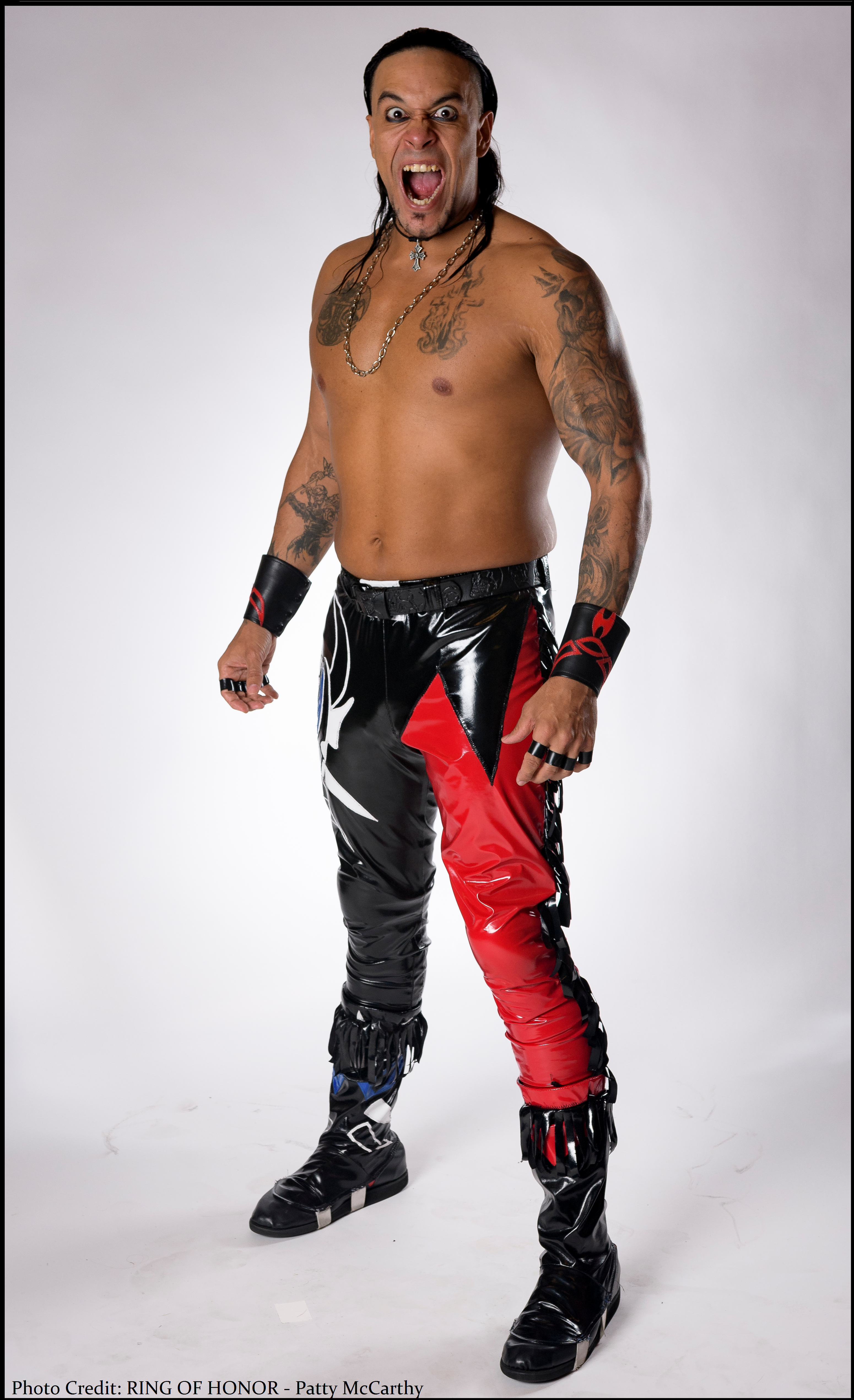 Contrary to popular belief, Punishment Martinez is no rookie.

He made his first appearance for Ring of Honor in 2015, wrestling in two dark matches… about ten years after making his pro wrestling debut.

While some wrestling observers erroneously label him a ‘newcomer’, the New York native has actually been plying his trade since 2004, and had some regional success in the Northeast before making his way to ROH. But, the 6’7″ 250-pound powerhouse seems to have truly found himself in the last two years.

In an interview this week with TheGorillaPosition.com, Martinez says that while he may not be new to professional wrestling, a new focus is what’s leading him to success now in Ring of Honor.

“I’ve been around the business for awhile, I just hadn’t wrestled for a nationally-televised company,” he said. “I never took myself as seriously as I should have to make it to the next level up until the last few years, and it shows. Because, I put myself at the next level. Being around the right people helped me elevate myself to that level.”

He trained at The world-famous Monster Factory, which has produced an assembly line of powerhouses through the years, and Martinez is no exception. With his amazing stature, he fills the bill of the facility’s moniker, and he’s proud to be part of that wrestling lineage.

“It makes life a lot easier as a professional wrestler when you have a background where you train somewhere credible,” Martinez said. “When I can say that I’m a product of The Monster Factory, I’m viewed in a different way. People automatically realize that I know the right way to do business, because it’s The Monster Factory way”

Fittingly, it was back there (where he is also a trainer), that he found a brand, new focus. Around three years ago, Martinez set his sights on taking his game a little bit higher.

“We got re-connected right around 2011 and ’12,” said Danny Cage, owner of The Monster Factory. “He was always a big kid and agile, but he didn’t look like he does now. He was overweight. He was over 300 lbs.”

Cage says that that as Martinez continued to train and shed pounds, he gained a lot more confidence and an intense attitude.

“He really gave it a complete 180 degree turnaround when it comes to working out. Now, he has to be an example at the gym for the kids, because I asked him to become one of my trainers. And, believe me, he is.”

“We open the doors at 7 for the students to do strength and conditioning,”  Cage continued. “There are times when I’ll get in early- around 6:30 or 6:15- and he’s already there, working out, before anybody gets there”

Martinez would eventually return to Ring of Honor in 2016, breaking through at the Top Prospect Tournament, where he defeated Colby Corino before being eliminated by Lio Rush in the semifinals. His showing in the tourney would help Martinez earn a contract with the company.

Since then, he’s been working with Delirious at the Ring of Honor dojo, and says that the veteran wrestler has been a major influence on his career. Now, Martinez insists that all he wants to do is continue to improve in the ring, and be one of the cornerstones of Ring of Honor.

“You can talk about winning championships and money,” he said. “Trust me, those come when the top guys want to work with you, because they know it’s a guaranteed good match.”

“That’s my goal. To reach that status, where guys come to you and say they want to work with you. That’s definitely a goal of mine.”

LISTEN TO THE INTERVIEW HERE: