The UFC sets up shop in Nashville, TN, this Saturday night for UFC Fight Night 108. The early prelims will be on FightPass starting at 6:30 pm, the prelims will air on FoxSports2 at 8 pm, and the six-fight main card will air at 10 pm on FoxSports1 (all times eastern). Below is a preview of the main card:

The main card leads off with a welterweight bout between rising star Mike Perry, 9-1 in his young career, and Jake Ellenberger, a mainstay of the division and once one of its top fighters. Perry’s lone defeat came in his last outing against Alan Jouban while Ellenberger is 2-6 in his last eight, though all of those fights were against top contenders. Ellenberger has the wrestling to give him a chance against Perry, but Platinum has been a KO machine his entire career (all nine wins have come by KO), and Jake has demonstrated a weakening chin of late with three of his last six losses coming via KO. I can see an outcome where Ellenberger wrestles Perry to the ground and grinds out a decision win, but I think the more likely result is an early KO by Perry.

The second fight of the main card sees Stevie Ray attempt to score the biggest win of his career against perhaps the toughest lightweight on the planet, Joe Lauzon. Ray is 6-1 in his last seven, and Lauzon is 4-3 over the same stretch, though Lauzon’s level of competition was a good bit higher. Ray is a talented fighter just coming into his prime, and Lauzon is one of the most exciting fighters ever to step foot in the Octagon. This is a tough fight to predict because Lauzon has been through a ton of wars, and eventually he has to hit a wall. There’s not much in this fight that could surprise me, but since I’m supposed to make a call, I will choose Ray vis decision.

Next up, we get two top ten bantamweight contenders in Dodson and Wineland. Dodson’s return to the division came in his last fight against the uber-powerful John Lineker while Wineland has been a constant presence in the top ten since the division was established by the UFC at the end of 2010. 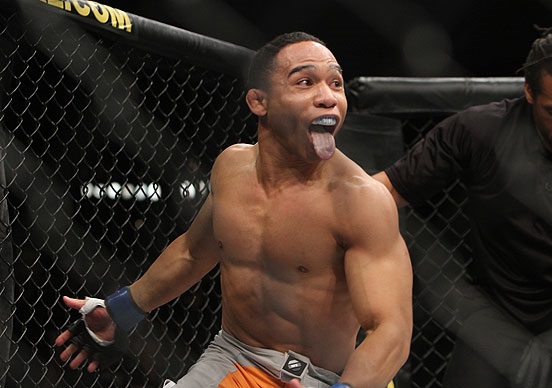 Dodson won TUF 14’s bantamweight tournament with a devastating knockout of future champ TJ Dillashaw in the finals. Wineland has been a perennial 8-10 guy, never cracking the top fiver but never really falling beyond the top ten either. He is a solid bantamweight with good skills, but Dodson’s speed and power are likely to be too much for Eddie here. I think the Magician is anxious for a good showing after being roundly criticized for being too careful to engage Lineker, and he earns a first round KO victory.

This matchup is probably for the right to remain in the UFC as St. Preux, loser of four of his last five, faces off against Lima, who has an even record over his last four. OSP entered the UFC on a huge run, but has come up short lately, mostly against guys that wrestle him to the ground and avoid his big power advantage on the feet. Lucky for OSP, Lima is a striker by nature as well, and he is likely to make the terrible decision to bang with the former Volunteers lineman. If that happens, and I believe it will, St. Preux takes another victory back to his native Haiti via an early knockout. 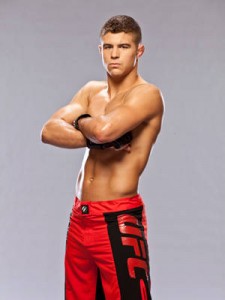 Iaquinta, due to a contract dispute, returns to the cage for the first time in two years to face Sanchez, a seasoned veteran who was once 21-2 as a pro before going 6-7 over his last thirteen bouts. Both of these guys are content to box, but Iaquinta, winner of seven of his last eight, is probably the better boxer with better power. The real wild card here is ring rust; will Iaquinta’s two year layoff affect him? Probably, but not enough to swing this fight against him. This is a perfect return bout for Al, and I expect him to win via KO in the second.

The main event in Nashville will be a meeting between featherweight contender Cub Swanson and Conor McGregor protégé Lobov. Lobov had a rough start to his professional career, but he has won five of his last seven and had possibly the best fight of his career his last time out. 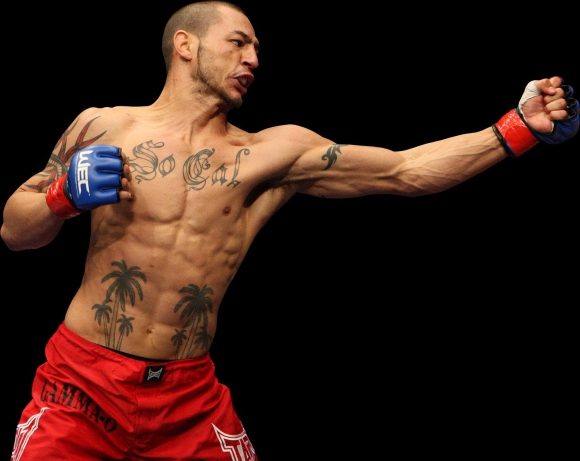 He calls himself the Russian Hammer and claims to be the hardest-hitting featherweight in the UFC, though his results include zero knockout wins in the UFC. Swanson is a top contender with a 24-7 record, all of those losses coming to guys ranked in the top 5 at the time. Cub has never lost a fight to someone ranked below him, and I don’t see any reason to expect that to change. Swanson in a decision.