After winning the 30-Woman Royal Rumble Match, The Man appears on Raw to announce that she will face the Raw Women’s Champion at The Show of Shows. 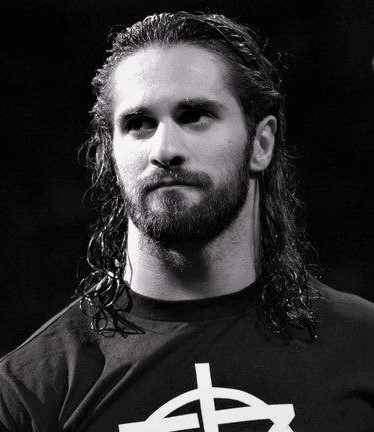 PHOENIX — Seth Rollins has won the Men’s Royal Rumble Match, he’s pointed at the sign, and he’s off on The Road to WrestleMania, whether he’s ready or not. Though The Kingslayer had promised to take his time deciding who he would challenge at The Showcase of the Immortals, Triple H came out to force his former protégé’s hand by informing him that WWE Champion Daniel Bryan and Universal Champion Brock Lesnar would both be in the building later in the night, and Rollins had to pick his poison by the end of the night.

The King of Kings’ session was quickly interrupted, however, by Dean Ambrose, who successfully wheedled his way into a match against Rollins by dropping a salient point or two (Rollins has pretty much never beaten him without help) and striking a nerve with Triple H, who was hesitant at first to make the match (“Do you need to ask your father-in-law for permission?”). Ambrose did indeed have Rollins’ number at the outset, as some combination of wear and tear and the magnitude of the choice before him seemed to leave The Architect a step slower than usual. In fact, Ambrose nearly ensnared Rollins in La Magistral, but The Kingslayer rallied in characteristic fashion, answering with the bucklebomb, superkick, and a Stomp to put Ambrose away — much to the visible frustration of The Lunatic Fringe.