After a tense confrontation with Drew McIntyre, Baron Corbin, and Bobby Lashley, The Hounds of Justice finally reunite. 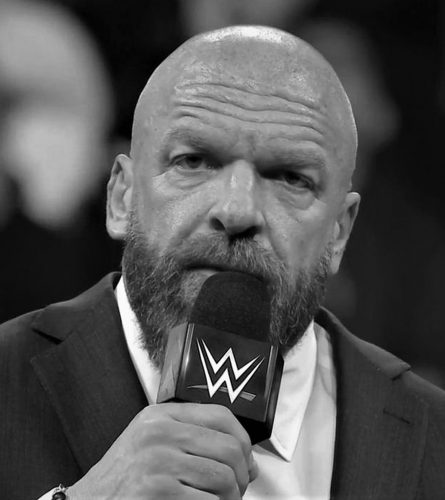 PHILADELPHIA, PA: Last week, Batista re-emerged out of nowhere to ambush Ric Flair on his 70th birthday, ostensibly as a ploy to get Triple H’s attention. This week, he didn’t show up at all, citing a general distaste of Philadelphia for his absence. It was, as The Game himself called it, “Bad Guy 101,” but The Animal might regret the day he called this particular class to session. His choice of Flair as a target hit a little closer to home with Triple H than even he might have realized. The 14-time World Champion fought back tears and fury in equal measure before issuing his official ultimatum: He would be waiting for Batista in every building WWE traveled to, not as Triple H but as himself, and if Batista had the courage to stand up and tell him what he wanted, he would give him everything he desired — In short? Yes, Batista has his attention.