All Gave Some, But Some Gave All 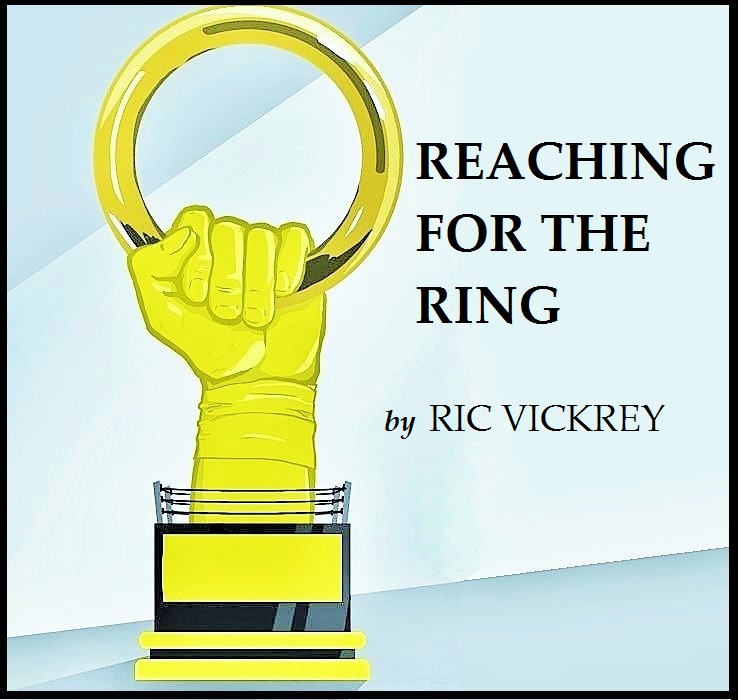 It is Monday, May 29, 2017 and throughout these great United States of America we remember, honor and celebrate the tremendous sacrifices of our fallen military service members. These selfless individuals gave their lives to protect and persevere the fundamentals for which the American flag represents. It is the spirit of those soldiers who have served and those who continue on in those roles that make me extremely proud to be a citizen of the greatest country in the world.

While celebrating the freedoms bestowed onto us American citizens, I began think about the great passions I have in my life and how thankful I am for them. Subsequently I realized very near the top of that list is the business of professional wrestling. While I would never directly compare someone losing a life inside the ring to someone perishing in the horrors of war I did begin to think of the numerous professional talents who have lost their lives while performing in the ring.

On this Memorial Day, I thought it would be somewhat fitting to remember a handful of talents who dedicated their lives to entertaining audiences around the globe. These individuals made the choice to pressure a profession that can be quite rewarding yet extremely dangerous. At times professional wrestling does not receive the respect it deserves due to the misconceptions surrounding the theatrics of the sport but make no mistakes about it, what goes on inside that ring is very real.

This article is inspired by the American observation of Memorial Day so where better to begin than with a United States Navy representative? During his nearly eighteen year career “Iron” Mike DiBiase amassed over thirty championships. For most modern era fans Mike DiBiase may most be known for the lineage he left behind. He was the adoptive father of WWE Ledged “The Million Dollar Man” Ted DiBiase and grandfather of Mike, Ted Jr. and Bret DiBiase.

On July 2, 1969, in Lubbock, Texas, DiBiase was scheduled to square off against the six-hundred pound “Man Mountain Mike.” During the match DiBiase suffered what would be a fatal heart attack. The legendary Harley Race, who was a close friend and travel partner of DiBiase’s, quickly realized something was amiss and rushed to the ring to attempt to perform CPR. Race then rode along in the ambulance with DiBiase. Unfortunately DiBiase could not be revived and he was soon pronounced dead.

With a career that spanned twenty-eight years Misawa was an eight time world champion in prominent Japanese promotions. He won the Triple Crown Heavyweight Championship five times and the Global Honored Crown Heavyweight Championship three times. The Wrestling Observes Newsletter named him “Wrestler of the Year” on three occasions. Misawa also holds the record for the most Wrestling Observer Newsletter “Five Star Matches,” with twenty-five. Misawa is also one of only a handful to receive a “Six Star Match” rating. Misawa is not only one of the most decorated and celebrated stars in the Japanese history but is highly regarded as one of the all-time greatest professional wrestler in the world.

Misawa was paired in tag action Go Shiozaki on June 13, 2009 at the Hiroshima Green Arena. The duo was challenging for the GHC Tag Team Championships. During the match Misawa took a “belly-to-back suplex.” Misawa lost consciousness after the maneuver was executed. He was then rushed to a hospital where he was pronounced dead. There has been speculation surrounding the cause of death but it is believed to have been a cervical spinal cord injury that resulted in cardiac arrest. The exact details may never be revealed as Misawa’s family invoked a Japanese law that prohibits law enforcement from publicly releasing the official cause of death.

Misawa’s style has inspired numerous many well-known and respected western professional wrestlers. Stars such a William Regal, Daniel Bryan, CM Punk and Kassius Ohno have all paid respects to Misawa in some fashion.

A name that might only be familiar with professional wrestling historians. During the roaring age of the late 1940s and early 1950s women’s wrestling was just as identifiable and popular as the men’s divisions. Leading the way at that time Mildred Burke. It was also around this time that Burke and her promotor husband, Billy Wolfe (Likely where Janet’s ring name was derived from) began planning for retirement and the passing of the torch. They found who they believed to be the next superstar of women’s wrestling in eighteen-year-old Janet Wolfe.

Six months after entering into her partnership with Burke, Wolfe was recognized as of the top women’s stars in the sport. On July, 28, 1951 in Liverpool, England, Wolfe was scheduled to work two matches in a single night. During her first match Wolfe was defeated after receiving a very powerful “body slam.” When Wolfe returned to the locker room she complained of a serious headache. Rather than withdraw from her next scheduled bout Wolfe decided to compete as planned.

Her next match of night was a tag team contest. Also featured in the match, as a member of the opposing team, was legend and WWE Hall of Famer Mae Young. Wolfe lost consciousness while on the ring apron. She was rushed to the hospital but could not be revived. She was pronounced dead at the age of eighteen.

Lindsay is regarded as of the first African American wrestlers to become a major star. Lindsay was promoted as the United States Negro Heavyweight Champion. He took part in the first interracial professional wrestling matches to be held in the States. Lindsay would go onto challenge National Wrestling Alliance World Heavyweight Champion Lou Thesz in a series of matches making Lindsay the first African American to challenge for the championship. Quite possibly Lindsay’s greatest accomplishment was joining the ranks of the select few who actually defeated Stu Hart in the infamous “Hart Dungeon.”

On February 21, 1972, Lindsay was working an event at the Park Center in Charlotte, North Carolina. Lindsay managed to defeat his opponent that evening thanks to a “diving belly-flop.” After the pin-fall was counted Lindsay was motionless and unresponsive. Lindsay was helped to the dressing room where officials declared him dead. The result of his death was ruled as a heart attack.

One of the most beloved talents of his generation. Owen was the youngest son of Stu Hart and brother of multi time World Champion Bret Hart. The Hart Family is regarded as one of professional wrestling’s most respected families. Although most recognized for his work with WWE, Hart was a well-traveled world renowned superstar. At points in his career Hart faced criticism regarding his size but he was always quick to silence the detractors with his unbelievable athleticism and technical ability. Those who were close to Owen speak highly of his unwavering passion for the business, unique sense of humor and penny-wise character traits. Multiple sources have shared stories of Owen bumming rides from fans as a means to save on travel expenses. All in all, Owen Hart was one of professional wrestling’s great personalities.
On May 23, 1999, during the WWE’s Over the Edge event being held in Kansas City, Missouri Hart’s fell to his death. The plan was for Hart to make a dramatic entrance into the ring by being lowered from the rafters via a harness grapple line. There was a snafu with the harness and Hart was released from the safety restraints. He fell seventy-eight feet landing chest first on the top rope, spring boarding him into the ring. He was rushed to a nearby hospital where attempts for save his life were unsuccessful. The cause of death was ruled to be internal bleeding from blunt force trauma.

For most modern era fans the details involved Hart’s tragic passing remains fresh in our memories. While we hold onto the fonder moments incidents like these act as a harsh reminder that accidents can happen at any time. The men and women involved within the business of professional wrestling are a unique breed and as fans why should appreciate the risk they take on a daily basis.