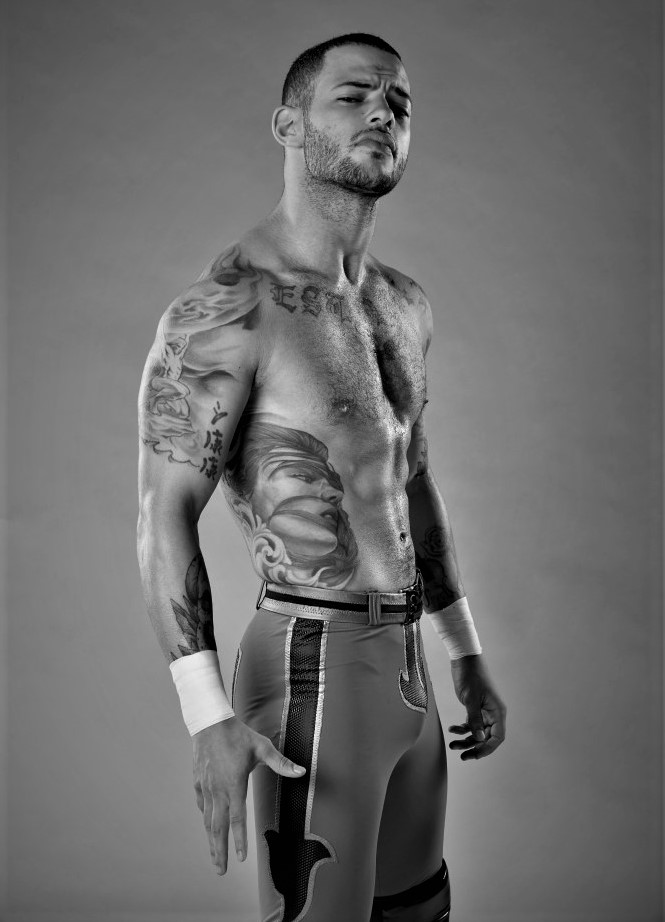 They say life can be like a roller coaster.

But, for Impact Wrestling’s Trey Miguel, it’s a ride that he’s sometimes had a tough time navigating, and one he even tried to get off of.

Miguel has spoken up recently in social media about his own personal struggles with anxiety and depression, an illness that affects 18.1 % of all Americans.

Even with those staggering numbers, however, the condition may be even more prevalent. Many sufferers never seek diagnosis or treatment, and the Anxiety & Depression Association of America actually estimates the true figure is likely double the official statistic.

For Miguel, it’s been a long ride to get to where he is today. And one that has certainly had its fair share of sharp turns, and scary curves… Filled with anguish, fear, and even suicidal thoughts.

Today, he’s flying high in Impact, as part of the popular trio known as The Rascalz. Teaming with close friends Dezmond Xavier and Zachary Wentz, the stable has become a part of the promotion’s future nucleus.

But in looking to his past, Miguel says he remembers when depression began taking his life off the rails.

“When my brother died in 2013, I was a part of this school program that was called Gateway to College,” Miguel told TheGorillaPosition.com in a recent interview. “It was a way for me to kind of play ‘catch-up’, because I never completed high school. I dropped out of school when I was around 15.”

“I was a part of that program, and I was doing really well. But when my brother died, I missed so much school, that I was on academic probation the next year. Between that, and trying to hold down two jobs at the same time, I just couldn’t make all three of them happen.”

“That’s when it just felt like life was starting to slip between my fingers.”

After getting his start in wrestling in 2009, Miguel began enduring some pretty lean years in the ring. He stepped away from the industry for a time to pursue his other passion: music.

“When I couldn’t really deal with wrestling, I started to find an outlet in music, because I’ve been writing music my entire life. I was involved in this project with one of my best friends.”

“At that point, I was six years in the business, and I couldn’t get booked in my home city. I couldn’t find anywhere to travel to. So, I hated wrestling then.” 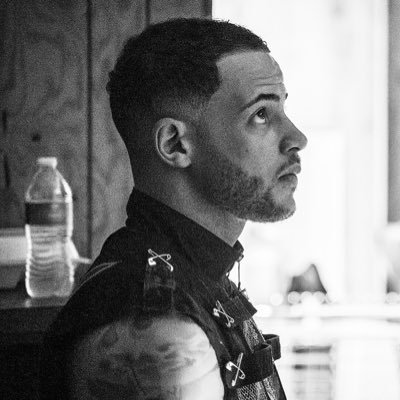 He had stored up his work in his Samsung Galaxy, documenting weeks of time and volumes of lyrics in pursuit of his new dream. It became almost like a new form of therapy for him, with one clear goal in mind.

“Music was what was keeping me busy, because wrestling had gotten really hard. During 2014 and ’15, I didn’t have anywhere to wrestle, I had nowhere to go. I had completely given up on the idea of wrestling; It was a dead thought to me.”

Unfortunately, another tragic turn of events would throw his passion project for a loop.

While attending a Caskey concert, someone had picked his pocket, and made off with the phone. With it gone, all of the hard work had vanished. But, most importantly, yet another part of Trey, himself, was seemingly gone.

“I just couldn’t believe it,” he recalled. “Those were a lot of personal feelings and thoughts. And, a project that I would work on ALL NIGHT – on some of the worst nights I was having. I was putting that in to the music. And to have all that just be taken, I was completely done.”

“Within a week of that happening, was when I tried to commit suicide. I tried to hang myself.”

Despite fate being on his side and failing at this attempt, Miguel continued to linger in the darkness until late 2015. He says one of the saving graces of that fateful night at the concert was discovering the music of Caskey, which provided inspiration to him.

“After that night, I listened to Caskey’s music from the moment I woke up until I fell asleep. It was the only blessing that came out of me losing my phone. One of the worst things that ever happened to me ended up leading to something positive.”

Around the same time, reuniting with his other brother was one of the big keys to getting his life back on track.

“One day – I ran in to my brother Mikey, at a party, and I hadn’t seen my brother at this point in probably five or six years,” he recalled. “My brother is probably one of the happiest people I’ve ever encountered. He’s always smiling, and the world could just pull everything right out from under him, and he’ll find a reason to smile. I don’t know how he does it.”

“We started hanging out, and we both realized that we had both found some kind of, not really salvation… but peace.” 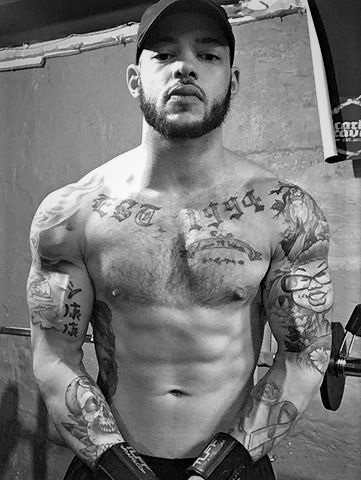 “So, he had a huge part of pulling me out of depression. I vented to him everyday, that I felt like I had lost everything I wanted to do. I realized that all I still really wanted to be was a pro wrestler. But, I had never felt welcomed anywhere I went.”

Trey and Mikey began working out together, and Miguel says he started to get stronger, and back in the groove in the ring.

“He and I started going to the gym everyday. We kept that routine going for a long, long time.”

Soon, he was offered the chance to work with Dave Crist, and credits his fellow Ohio performer with really helping him take his game to the next level.

“Dave and my original trainer were really close,” Miguel said. “So, when I got the offer to move down to Dayton, I took it. That’s what changed everything for me in terms of wrestling.”

“Everything that wasn’t working, all of a sudden was working. All the things that weren’t attainable, were suddenly within reach. Everything that seemed like it would never happen… was now only a few weeks away.”

It was also during that time that he attained his nickname, The Fresh Prince of Mid-Air.

Since debuting in Impact, he and his Rascalz partners have made quite an impression, especially on the company’s younger fanbase. They mixed a bit of comedy with some sizzling ring moves, and seem to have emerged as contenders for the World Tag team titles.

He says he’s found love in his personal life, and peace in his profession, but there are always lingering doubts in his head. 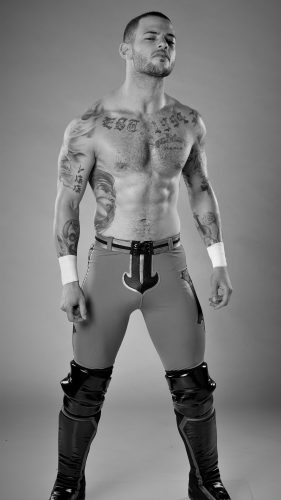 Despite the roller coaster ride he’s already been on, Trey Miguel is taking nothing for granted now that his feet are firmly on the ground. He feels like he will always fight small battles with depression and anxiety, but is better prepared to cope with it today.

“I feel like people talk about things like this when they’re all the way through it,” he stated. “Like when they’ve reached this point of happiness, but I don’t feel like I’m at a this perfect point of peace, myself. I shared this story on social media a month ago, but it’s not because it’s like I feel that I’m at a place where everything’s fine. That’s not what I’m saying at all.”

“Life still continues to bug me all the time. There’s things I can’t get over that happened years ago, and there are fears that are always lurking. Every match, I think about how it could be the last one. Wrestling is going through a lot of changes right now, and walking a fine line between staying relevant, staying safe, and keeping yourself in a happy place is becoming harder than it’s ever been.”

“Wrestling is my life,” he continued. “Besides my girlfriend, it consumes more of my life than anything. But still, I always take that step back and remember that it’s not guaranteed. And that honestly sometimes still freaks me out.”

“At the same time, I try to remain transparent, and not bottle things,” he said. “That’s why I have no problem about being public with my thoughts and feelings on this. Not everyday you feel like sharing… but I think self-expression is kind of like ‘free help’.”

“Sometimes, I get messages from fans, and they talk to me about the things that they’re going through. And when I hear stuff like that, it makes me think I’m doing positive things… Especially, by being more open about it.” 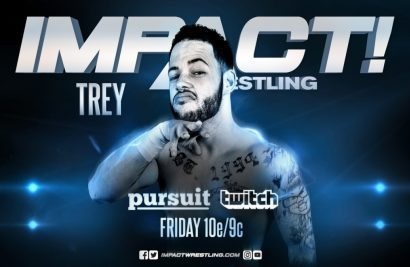