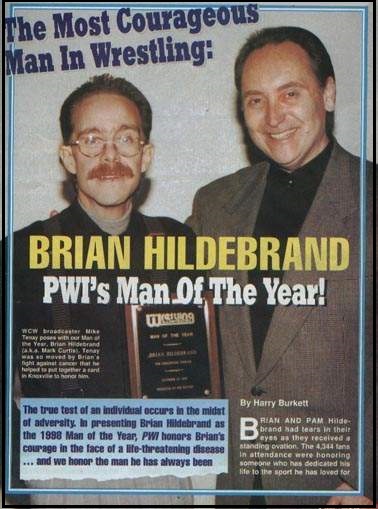 Born in Pittsburgh, Pennsylvania on January 21, 1962, Hildebrand broke into the wrestling business as a manager at the age of 22.  He trained under Dominic DeNucci in the mid-80s, then wrestled, managed and worked as a referee for Smoky Mountain Wrestling in 1992. He also refereed briefly for ECW in 1995, before moving on to become an official in WCW.

He memorably earned the nickname “Shooter” after he took down and restrained a fan on a November 1997 episode of Monday Nitro until security could reach the ring.

A month later, he was diagnosed with stomach and bowel cancer. Following surgery, he continued to referee for a few months, but would step away from his WCW duties when his health began to fail him and he couldn’t physically perform.

Brian Hildebrand died near Morristown, TN, after a two-year battle with cancer. He was 37.