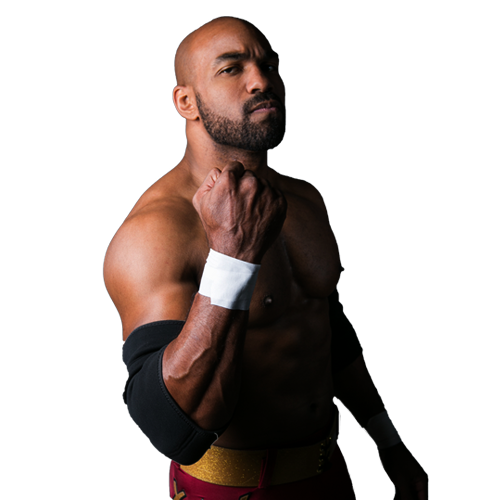 On Wednesday, AEW chugged in to the fighting city of Philadelphia for the third installment of Dynamite. As it turned out, it was a night of defining moments for some of the promotion’s younger performers.

After a massive debut on TNT in week one, the company lost about 20% of their overall television viewership last week. So, in their third time around the block, it appears that All Elite Wrestling looked to solidify its base as well as fix any mistakes they have made in the early going. And, it was clear that they also wanted to advance their early storylines, as they head toward the Full Gear PPV on Nov. 9th.

So far, the Elite have played it smart, working a lot of shows in traditional college venues, and Wednesday night was no different. Performing at Temple University’s Liacouras Center, AEW appeared to have a nice mix of younger audience members, alongside the die-harders from the old ECW days. And, the Philly crowd didn’t disappoint; They helped add to the atmosphere of the evening.

The Awesome: The promotion put many of their main stars on the backburner to highlight younger members of the roster.

This week, established talents like Cody & Dustin Rhodes, MJF, The Young Bucks, and others took a bit of a step back from the spotlight. Instead, they gave way to a card that featured a kickoff performance by Scorpio Sky, the growing emergence of the women’s division, and a valiant effort by The Jurassic Express.

Its a pattern of booking the company continues to follow, after handing out big wins to Riho and Private Party in previous weeks. And, it’s a sign that AEW is committed to building new stars.

Perhaps the greatest example of this, however, was the main event title match – where Darby Allin put on a show in the underdog role against Chris Jericho. The 22-year-old daredevil has received a lot of acclaim with his unique character, slick moves, and insane ability to absorb pain.

In a city that idolizes Rocky Balboa and once booed Santa Claus, Allin ended up winning the crowd over with his toughness. Despite a losing effort… his relentless, never-say-die attitude was something the local fans could relate to.  It was a definite step forward for him, on the biggest stage of his career.

Honorable Mention:  After a historic run in Impact Wrestling, Santana and Ortiz look like they have are ready to put the world on notice. Already gaining major attention as part of Jericho’s new, ‘Inner Circle’ faction, their aggressive behavior in the ring tonight is a sneak peek at how they could evolve in this new environment

Particularly Santana, who has added some mass and illustrated a lot of power in this squash match. Given time, he might be on the road to eventually being a singles star.

The Entertaining: The overall production is brilliant, and Dynamite is the most watchable wrestling product on TV right now.

It cannot be stressed enough how important it was for this show to look like a major league product upon arrival. Considering the financial and network backing they were receiving, there was little room for critical error. All Elite Wrestling was expected to put on a top-notch television program.

In a very short time, they’ve come through with flying colors – both figuratively and literally. Dynamite has a vibrant, almost technicolor look, that is optically impressive. And, while ‘atmosphere’ may be a small detail – it’s a detail the audience subtly notices, nonetheless.

Honorable Mention:  The mid-match exchange between Kenny Omega and Jon Moxley during their wild, tag team encounter was a definitely crowd-pleaser. These guys gave each other their best in the ring, before teasing a battle of weapons.  And, the old school, ECW crowd ate it up.

Two hard-hitting competitors – engaging in a fresh feud at this level, that can lead anywhere. They’ve done a great job of teasing their ultimate showdown at Full Gear by staging a lot of brawls, skirmishes and near-fights. The best part is, at the end of the day… it’s making the audience want more of this match-up.

The Worst: While wins and losses may matter… rules apparently don’t.

I’m not sure what the guidelines for a tag team match are in AEW, but it appears that there is no five-second rule. Also, it’s okay to tag your opponent with your foot (or any other body part).

With so many talented tandems in that division, I hope they start actually staging some matches that make sense. I’ve already seen too many bouts where the Best Friends, Young Bucks or the Lucha Brothers stay in the ring for extended amounts of time – JUST to hit two extra spots.

It may pop a crowd, but it makes no sense. And, it frustrates traditional fans, who actually enjoy the psychology of duos working together for a victory.

Honorable Mention:  It’s been made abundantly clear that every member of the All Elite roster knows how to do a giant leap over the top rope. Because, it seems like we get at least 5 of them per match.

It’s the epitome of the #DIVE meme that circulated around social media a couple years ago, and it does make AEW look incredibly ‘indy’. As much as the fans are loving the intriguing match-ups and ‘newness’ of the promotion, continuing to do the same handful of similar spots will grow old over time.

Followers of the Elite expect innovation in their matches, and seeing a card full of continuous, ‘205 Live’ spots will eventually become boorish.