Hello, road soldiers, and welcome back to our journey through the funny bone of the world of professional wrestling.  Beginning this week, I will be bringing you the stories of some of wrestling’s favorite sons and daughters as experienced by those who were there to see it happen.  This week we travel back to the heyday of the 1980‘s scene, to hear a pair of tales from the famous Eddie Graham promotion, Championship Wrestling from Florida.  They come from Bruce Tharpe. The previous owner and President of the NWA, who made headlines in 2017 with the sale of the NWA to Billy Corgan.  He grew up in this business, and was good enough to pass along these two gems. 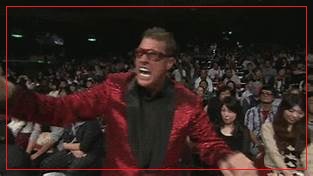 The year was 1983. The place was Orlando. Florida.  The heat inside the Eddie Graham Sports Complex was stifling, but that wasn’t going to keep away the crowds of people that would pack the building to see the greats of Florida pro wrestling.  I was working as a referee and earning my stripes in the business.  The cards were stacked, and the house was loaded. Wahoo McDaniel, Rip Rogers, The Brisco Brothers and a young  Barry Windham were some of the big names that were working the show, but the thing that stands out in my mind was what went down between Manny Fernandez and Nikolai Volkoff.  Let’s build a foundation by saying that Manny was known for being heavy handed on those that he thought would be easily intimidated by such tactics.  New guys and faces fell prey to his this in the ring and out of it on a regular basis in those days. That’s just how things were. It was one of the way things were done sometimes by the boys to keep the pecking order in check. It’s a pro sport fueled by posturing, just as much as politics and revenue potentials.

Now let me say that Nikolai is one of the nicest people I’ve ever met. He was all smiles and always willing to do what was needed for the show.  For whatever reason, Manny decided to try Nikolai with a few stiff shots to show he was running the match. What Manny did NOT realize, however, was that Volkoff had been a legit boxer in his youth. He knew full well how to handle himself in these situations.   He shuffle stepped Fernandez, and delivered a fast three punch combo to his face.  Stunned and bloodied, Fernandez went stiff as a board, then fell back to the ring. He was out cold before he hit the mat. It looked like the Nestea Plunge when he went back. Nikolai showed that night that it was better to walk softly and carry a big left cross.

Fast forward two years to south Florida.  It was July and we were all feeling the height of the summer heat.  I was working a referee spot that night, with part of that job being to deliver finishes between the locker rooms. In those days, heels and faces didn’t dress together. They didn’t travel together like today.  Most of the time, they didn’t even see each other until they got into the ring and were facing off. The matches were worked, not planned out to every move. The finishes were passed between the locker rooms by go betweens like referees.  It was kayfabe all the way.  The locker rooms were located behind the bleachers in this building. In between matches and during the intermissions, fans would clamor by the doors in hopes of getting a picture or autograph.

I had worked my last match and went into the heel dressing room to grab a shower before heading out on the town.  This, in hindsight, was probably a mistake on my part.  I went in to get my bag, passing by Percy Pringle, Rick Rude and Jessie Barr. For those who may not know, Jessie went on to WWF fame as the black masked outlaw, Jimmy Jack Funk.  I was mid-shower and washing my hair when I felt a pair of hands on my back in the shower.  Before I knew what was going on, Rude and Barr was dragging my soap covered carcass to the locker room door.  I tried to grab the walls, the benches, anything I could to keep from being ejected into the hallway full of fans, but my hands and feet were too slippery to stop the inevitable.  I was thrown out of the door and into the spotlight of the hallway. I kicked and tried to push open the door, but it did no good as I could hear the laughs coming from behind it.  The only option was to run thru the crowd to the face locker room across the hall. I slid that was as I did my best to keep my manhood covered and not bust my ass on the polished concrete floor. I managed to make it safely. They got me good that night. It’s a memory I’ll never forget.

I’d like to thank Bruce for these stories, and being brave enough to share a really funny rib on himself.  Ribs help to build brotherhood/sisterhood and, that in turn helps to build trust.  When you’re putting your health and body in someone else’s hands, trust is paramount.  You don’t hear as many stories these days out of the locker room because of the public face that these promotions must keep up now in this day of digital media and social awareness.  It was a different time, with different rules. For those of us who remember it fondly, it will be missed.

Well, that brings us to the end of another edition of the road diaries. As always, keep the wheels turning and the freedom burning. I’ll see you back here next week for some more laughs and an admiring look back into our wrestling history from the road. Happy New Year, Bruthas and Sistas!