Well, it’s time again to take a journey across the miles traveled and the wild times had by our wrestling road soldiers.   We look back into history at the foundations for this story.  To the beginning of a famous feud, and where real-world heat was born between Manny Fernandez and Tully Blanchard.

It was the early 80‘s.  Tully was working for his father Joe’s Southwest Championship Wrestling promotion out of San Antonio, Texas.  Incidentally, it was a savagely bloody match between Tully and another worker that led to a series of falling dominoes that allowed the WWF to acquire its time slot on the USA network. That’s another story for another time however.  We want to focus on one roar trip that led to the falling out Fernandez and Blanchard.  The story from Manny’s perspective goes as such… 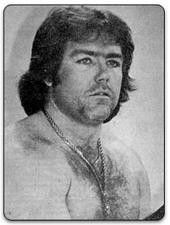 Tully and he were traveling from a show and made a stop at a gas station in the undisclosed southwest US.  Being two hot bloodied young guys, they took notice of a couple of girls out front of the store.  After some flirtations and a little back and forth, the two decided to follow these girls to a restaurant up the road.  They had neglected to notice that the girls were biker chics, and it wasn’t long after they arrived that their boyfriends or husbands rolled into the parking lot to see Tully talking up one of their old ladies (biker terminology, hahahaha).  Well this didn’t go over well, and the bikers stepped in to stop this. Naturally, Tully wasn’t going to let it go that easy.  He started to talk some smack back to them and the fight was on. Manny came out to see Tully surrounded by these bikers and jumped in the middle of the fray, because that’s what brothers do to watch each other’s backs.

Now, all bikers are usually not to be played around with.  The bikers of the Southwest and California are especially notorious for fighting and carrying weapons, and this was just such a case on this occasion.  Manny described what happened as getting punched but it burning, not like a punch.  What he didn’t realize until minutes later was that he had been stabbed six or seven times in rapid succession.  He was bleeding all over and by this time the restaurant had called the police.  The bikers cut out and left Blanchard and Fernandez in the parking lot where they had found them.  Not long before this, Tully had purchased a new white Cadillac. He refused to take Manny to the hospital in it, claiming he would have gotten blood all over the interior.  They argued and finally one of the waitresses came out and took Manny to the hospital in her vehicle.  After that, Fernandez and Blanchard had real heat for many years and to this day as told by many in the business.

Enter Damien Wayne Kostyal, in 2006.  Manny was one of his favorite workers and they were booked on a show in the Carolinas, two weeks out from that time.  He was excited to get the opportunity to see his friend, and a wrestling idol.  It had gotten back to Manny that Tully was the favorite wrestler of Kostyal’s, and he had begun to talk smack to the him about it.  For the next two weeks he was texted and tweeted about his fan status of Blanchard and what he could do with it.  The heat built and built until it was the day of the show.  Upon entering the dressing room DWK sees Fernandez sitting in the back, lacing up.  He walked up to Manny to say hello and pay his respects, but was met with a wall of silence. For minutes he tried to talk to Fernandez, until he was told to get away.  He wasn’t wanted, or needed in that part of the dressing room.  Fernandez gave him the stone face and rejected his apologies and any attempts a conversation.  Deflated and disappointed, Kostyal turned to walk away, only to have Fernandez jump on his back and lock in the sleeper hold. 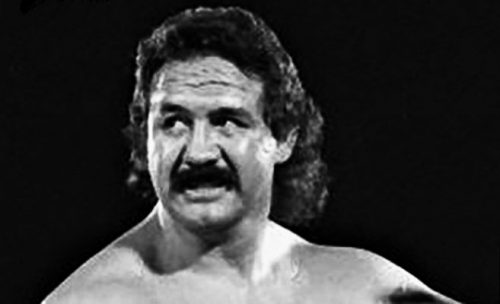 “Got you, kid!”, was all that he said.  A good laugh was had by all, and the bonds of brotherhood were strengthened that night.  From what I understand they are still good friends to this day, even if DWK is a Blanchard mark.  Ribs are a great way of making the tough life of the road a little easier.  They can also be a great way to teach the principles of the business, by learning it the hard way.  Sometimes, that’s the best way, because it sticks with you more.  Whether it’s a joke to lighten the mood of the boys or a receipt for a previous transgression, every rib, holds a lesson at its core.

On a personal note, we at TheGorillaPosition.com would like to thank Damien Wayne for his cooperation this week and wish him condolences on the loss of his family member.  Even with everything he had going on, he was able to set aside time for us to get this interview.  We appreciate that, and he will be in our thoughts this week.

Well, that turns the page on another tale from the odyssey of the road.  I’d like to thank you for following us along.  As always, keep the wheels turning and the freedom burning.  Support your local wrestling product, wherever you may call home!