Hello again travelers.  After telling stories from a few friends in the business, I thought that maybe we’d fall back on one of my crazy experiences out on the road.  We’re going to turn back the clock to the summer of 2008, in Brunswick, Georgia. 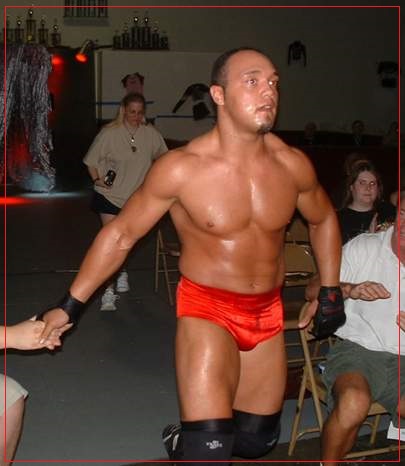 I was on another trip through southern Georgia with my friend Vordell Walker, headed to work a small venue.
It was the average  muggy summer in the south.  It felt like it was a hundred and twenty out and we had the A/C in the little rental car blasting to avoid it the heat.  We were both based out of Savannah at that time, so the heat was nothing unusual.  About halfway into the ride he turned to me and  asked if I was interested in having a little fun at the show that evening.  Well, anyone who knows me knows I’m never one to run from the chance to get into some trouble and raise Hell, now and then.  He told me that he wanted to do something to leave ’em talking and create a buzz around his match with Joey Mercer.
“How far are you willing to get invested in this thing?”, was his next question.
“I’m in all you need me to be to make it work out best, Brutha.”, was my only reply.
With a grin from ear to ear, he just gave me a nod.  The resulting conversation on the cell phone was back and forth, as the plot was laid out.  I just sat back and let them figure out what kind of angle they were going to work, and enjoyed the ride.  It wasn’t long before we were pulling into the venue and the pre-show rituals began.
After an hour, Mercer arrived and we were introduced.  He was excited about the idea that had been cooked up.  His manager walked over and we all huddled up to discuss how it was going to go.
Mercer and his manager were going to be in the ring cutting a promo early in the evening to get buzz for their match later on the card.  We were going to take advantage of that moment with a little creative on the fly, so to speak.  A female plant with a big “Vordell Rules” sign was going to be a fews rows back from ringside jumping up and down and cheering. The heel, Mercer would be alerted to her presence by his manager and they would then take a few minutes to really give her the business, talking  down to her about her fan status for Walker.  I was to be on the opposite side of the ring in the third row outside aisle seat. It would be the hot seat before that night was over.  When I got my signal, I was to stand up, defend her honor, and tell him he could get a good ole southern ass whipping if he wanted to talk to a man like that.  Then, I was to shoot the ring and take some boots from the heel duo, and be taken out by the one security guard that was in on the gag.  It all sounded simple enough.  I was excited to be in on the work and get some ring action on this road trip. 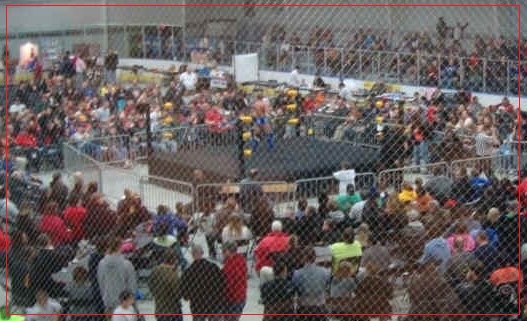 The recreation center was near full and the heat wasn’t any better since the sun had started to set.  Joey Mercer, with manager in tow made his way to the ring. He was barely into his diatribe against Vordell Walker that he was directed to the girl in the crowd.  He began to berate her and all seemed to be going to plan.  As I was about to stand up this old man to my right marked out and jumped up to give Mercer a piece of his mind.  His manager shot me a confused look, as I stood up to play my part of it all. We exchanged a few quips and I shot the ring to a chorus of boots.  The security guard and a coworker grabbed me under the arms and dragged me back towards the exit.  I shook free and shot it again only to receive the same treatment. Security finally was able to put me out the exit as the owner of the promotion came out on the overhead speakers telling everyone to remain seated and not to attempt to enter the ring for any reason or they would be ejected as well.
I was booted outside and the pop and roar inside the place could be heard well into the parking lot. I took the time to have a quick celebration hoot and called my Dad to tell him of the shenanigans. We both had a good laugh over it, as I saw the side door to the venue open and Vordell stick his head out and give me the “over here” head nod. I slipped back inside, but remained in the back as not to draw attention to myself. After the announcement, it was pretty apparent to me that the owner wasn’t in on the work.  After their match, the two made their way back to the dressing area.  We all had a good laugh over it and Mercer kept telling my me how happy he was with the way it all came off.  It was about that time that the promoter saw us all together.  He walked up and asked to talk to Vordell and Mercer privately.  I found out after that they were read the riot act and told never to pull that again.  But, let’s be honest.  That’s the only thing that anyone went home talking about that evening.  We had worked ’em all and it was great. It’s truly a road trip that I won’t forget anytime soon.

Until next time Bruthas and Sistas, keep the wheels turning and the freedom burning.  I’ll have more stories from the movers and shakers in the business, past and present, as we keep putting the miles behind us. Have a great week. Peace.