Welcome back again this week friends, as we mark another notch on our gun belt of road trip tales.  Over the past few months I’ve shared stories from several stars in the wrestling business telling about the craziness can happen in and out of the ring.  This time I wanna retell a couple of funnies about what can happen when encounters with the local wildlife arise out on the road.

The year was 2012. Vordell Walker, myself, and Dan Masters were headed back through rural South Carolina after a show in Charleston, at the OSCW promotion. The event, like all their others, was a big success and most of the crew had went to the owner’s house for dinner afterwards. We had about an hour or so drive back to the Hilton Head Island area where I was living, and then, they had to put in another forty-five minutes after that to get themselves back home to Savannah, Georgia. Just before midnight, we decided it was time to leave. We made the rounds telling everyone goodbye, piled in our little front wheel drive chariot, and headed down the road.

The trip went had off without a hitch, until we were almost to my house. In what seemed like out of nowhere to us, a large alligator hustled right across the road in front of us. We ran over it, as the sounds of tumbling gator could be heard from underneath the car. I spun around and looked out the back window to see it flopping down the road. We all came undone for a moment, as we tried to wrap our heads around what had just happened. I did my best to convince Vordell to turn around and go back for it but he was having no part in that. Hey, gator steaks are some good eating. Don’t knock til you’ve tried it. Hahahahaha! Recently, I told this story to my friend Bruce Tharpe, and he had one of his own that raised the ante’ on mine. 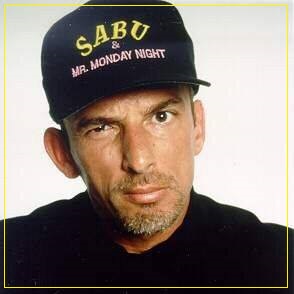 Let’s roll the clock back a few years to 1983. He, Bill Alfonso, Angelo Mosca Jr, and Japanese star, Yatsu were on a road trip of their own headed down Alligator Alley through Southern Florida. It was the same set of circumstances as the foursome were making a late night return trip home. Fonzie was at the wheel, with Bruce riding shotgun. They noticed two red eyes staring at them in the middle of the road. Bruce yelled out, “Gator!” as it was felt bouncing underneath their car. They did stop however, and got out to check the damages to the car and their reptilian speed bump.

The car was fine but the alligator didn’t fare as well. They shuffled around their bags, and loaded the motionless carcass into the back of the car. Fonzie was crazy enough to joke around and put his head in the gator’s mouth like a lion tamer. The packed everything back into the trunk and headed out down the highway. Several miles down the road they began to hear loud thumping coming from behind the back seat. More specifically, from the trunk. It didn’t take them long to realize that the gator in the trunk wasn’t as dead as they thought it was. They continued to drive on thinking that it would wear itself out, but after a few more miles it was evident that was not going to be the case. As the thrashing continued in the trunk, Angelo Mosca Jr. and Yatsu were becoming more concerned that the gator would come through the back seat and into the car with them. Fonzie was having a good laugh at their expense and finally decided to pull the car over and check on the gator.

Now, at this point, in my mind, all I can envision if something akin to the famous scene in Good Fellas with Pesci and Deniro. Only in this rendition, Billy Batts is replaced with three hundred pounds of pissed off alligator. The gator, along with everyone’s bags were flying allover the trunk of Fonzie’s car and out into the road. Mosca and Yatsu stood back and watched in amazement as Bill managed to get the creature under control and shut the trunk once more. Bruce stood there laughing as they cautiously got back into the car and finished out the ride home. I was laughing too hard when I heard this one to remember to ask what happened to the gator. Someone probably got themselves a new set of boots and a belt though. 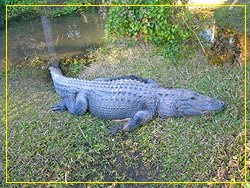 Over the years, this story has been retold and adopted by more than a few wrestlers as if it were their own. I know for my part, that ours was one road trip that I’ll never forget. You just never know what surprises Mother Nature has in store for you. The unpredictability out there is one of the things that I love most about a road trip. Life is much more fun when you learn to take it as it comes, and see the humor in life. When you’re out there running solo and taking the lumps, sometimes humor is the only thing keeping you sane in this world of constant insanities.

Well we’re at the end of another one Bruthas and Sistas. I hope you enjoyed this one. Please continue to keep coming back to be amused by our tales, and hopefully pick up on a lesson or two from our time out on the highways and gravel roads. Until next time, keep the wheels turning and the freedom burning. Peace.