Welcome back road soldiers! Did you get your rest from last week’s road trip? I hope so, cause we’re headed to Hartsfield Airport to hop on an international flight for this week’s adventure. Grab a boomerang and don’t call crikey, cause our next stop is Sydney, Australia.

I reached out to the promotion that I believe is delivering some of the best matches in the wrestling business today, not just within it’s borders. I’m talking about World Series Wrestling, and it’s owner and founder, Adrian Manera, sat down across an overseas line with me this past Sunday to share a few road ribs, Aussie style.

Our first tale takes us to the Evan Theater in Penrith Panthers, on the west side of Sydney. It was November of 2017, and the crew was working a series of shows building to the International Assault ppv event. This was night four, and the show was a sellout with seven hundred plus expected to be there. It was a bit of a ride to get to the Evan, so Adrian and riding buddy, and ROH Alumni , Austin Aries quickly gathered up their stuff so they could hit the road for the hour-long jaunt.

Upon arriving at the theater, the two begin to get ready. Adrian kept looking around for the bag full of merchandise to set up their display wall, and tables. He kept coming up empty in his hunt. It was then that it hit him that they had left it behind. As any take charge owner would, he made a call and dispatched a cab driver to retrieve the much needed merch. As he got off the phone, one of the Basso Brothers walked up to him and asked him where the stuff was, and why the stand wasn’t up. Adrian turned around and threw it back on him, saying it was his fault, because he was supposed to bring the big bag of t-shirts and assorted merchandise up with him and his brother in their car. The Headbangers were also working this show, and Thrasher overheard the exchange. He walked up and asked about the situation and seeing a chance for a good rib, Adrian told him it was the Basso Brothers fault that the merch wasn’t there yet. Thrasher smiled and said he had a receipt for them later on in their match. 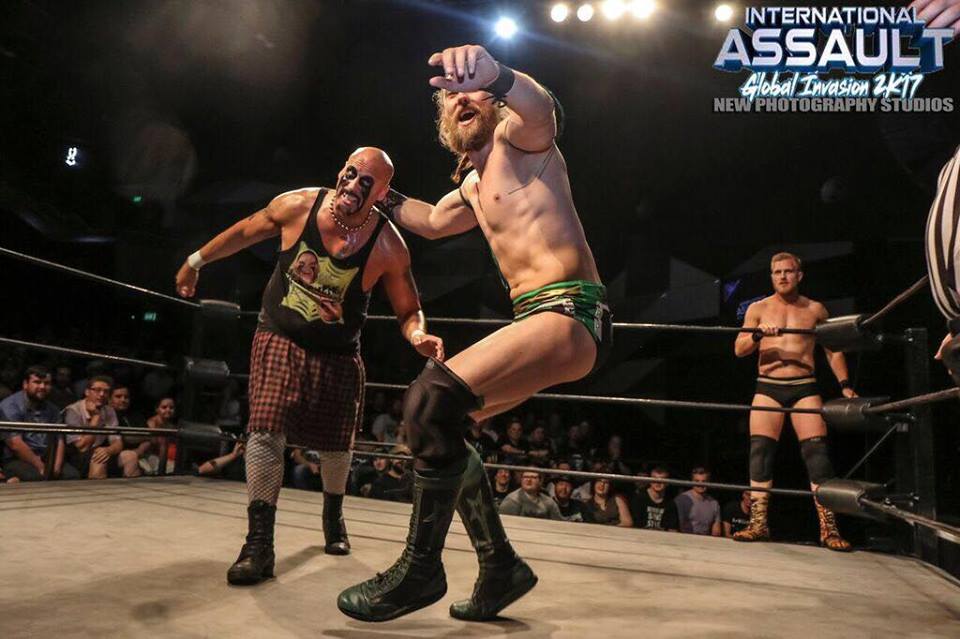 True to his word, there came a point in the match when Thrasher had the one Basso tied up in the corner and smothering him with a forearm. He looked over to his partner Mosh, giving the high sign and he grabbed the other Basso. They let loose a set of chops that rang in stereo across the ring to the crowd below. The stiff shots left the Bassos reeling with big red welts and the fleeting thought as to whether or not they owed the Headbangers money. Manera, of course, was laughing at the end of that one. Sometimes bothering the boss at the wrong time, can come back to bite ya!

The other story we have takes place in the same area, only let’s move the clock ahead to springtime. It was March of this year, and the WSW crew was rolling strong as usual while working in front of packed houses at every stop along this tour. Before we get into this one, let me just say, I really enjoy seeing Australian talent Matt Riddle work because he reminds me of a young Kevin Von Erich. Aside from working in his bare feet, he has that fire in him that when he gets too much of a guy, or a situation, he has no problem sorting it out or working through it in some cases. On this leg of the tour he had to deal with both types of situations. It was March 18th, and they were in Adelaide at the Dom Polski Centre. Riddle was working with an overly exuberant A.J. Istria, and the shots were flying. Matt took one stiff shot to many and dropped Istria in the center of the ring with a rear naked choke and reminded him about the lay of the land. This little altercation would be overshadowed the following evening, as they headed back out to the Evan Theater. 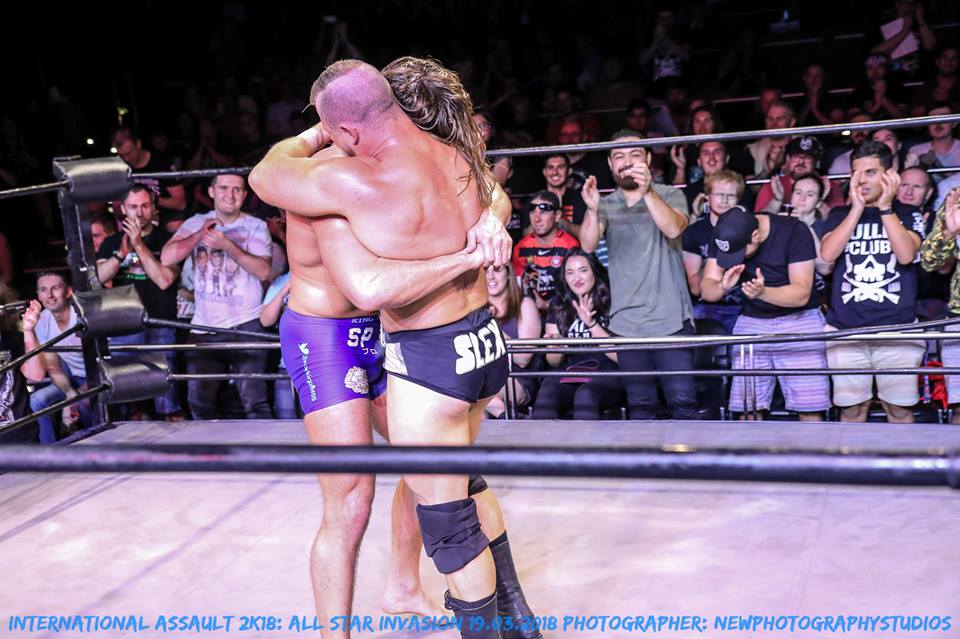 The sold out crowd in the Evan was ripe for an evening of entertainment and top tier wrestling. The boys did not disappoint them. It was the match between Matt Riddle and equally an accomplished Aussie, named Slex. The contrast of styles and level of respect between the two had the fans completely drawn in. They were salty for the hard hitting action in the match as it built. As things began to quicken in pace, Slex went for a springboard moonsault off the second rope, and it broke. Slex landed hard on back of his head in the ring, and the two wrestlers looked at each other for a moment. Both of them knew that this was not going to slow them down for a second. They continued on, to quote good Ole’ J.R., had one slobber knocker of a match. The level of not only professionalism, but trust in each other, to continue on in a position like that, while delivering a match of that caliber is a testament to the quality of the workers not only in WSW, but in Australia as a whole.

On a related note connected to this match, in the down time between matches, ROH/NJPW star Marty Scurll approached Adrian and asked if he wanted for him to go out and entertain the crowd while the ring crew repaired the broken turnbuckle. Manera simply replied, “Sure, if you want to.”. This led to him strolling out to the ring in his street clothes and belting out a Hit Me Baby(One More Time), by Britney Spears to a hot, vocal crowd that joined in on the festivities. Some of you that follow wrestling news may have seen this video. For those that haven’t I will try to attach it to the end of this article. It is indeed too good to miss.

For many years now I’ve had my thumb on the pulse of the wrestling scene down under. I have several friends that regularly attend these live shows and have been telling me for some time now about the level of action they bring to the ring. I’d like to thank Adrian for taking the time to call me and participate in the RS&R series. He’s a really nice guy and hearing rib stories with the Aussie accent had me popping more than usual. I would also like to make sure that all of you be on the lookout for a story to follow up this one in the third week of May, that will feature the World Series Wrestling promotion and give us yanks a little more exposure to the great product that they bring to the table.

Well we gata get moving Bruthas and Sistas. It’s time to head back to Kingsford Smith Airport and catch our flight back home. I hope you enjoyed the time here, and will look for our further coverage of WSW in May. We’ll see you next week, and remember… keep the wheels turning and the freedom burning. Peace.