Welcome back, Bruthas and Sistas. Are ya’ll jet lagged from our flight back to the good ole U.S. of A.? Well, I hope you got some rest because were headed out to the west coast this week. After the warm reception my last story from the G.L.O.W. promotion received, I wanted to go back and talk to more of the original Gorgeous Ladies of Wrestling crew to learn more about this ground breaking group of young ladies and the things they went through to bring us that production. I reached out to Jeanne “Hollywood” Basone, and she took some time out of her busy traveling schedule to talk with me and share what it was like being there from it’s inception. Buckle up, its time to head California, back to 1985, to when it all got started. 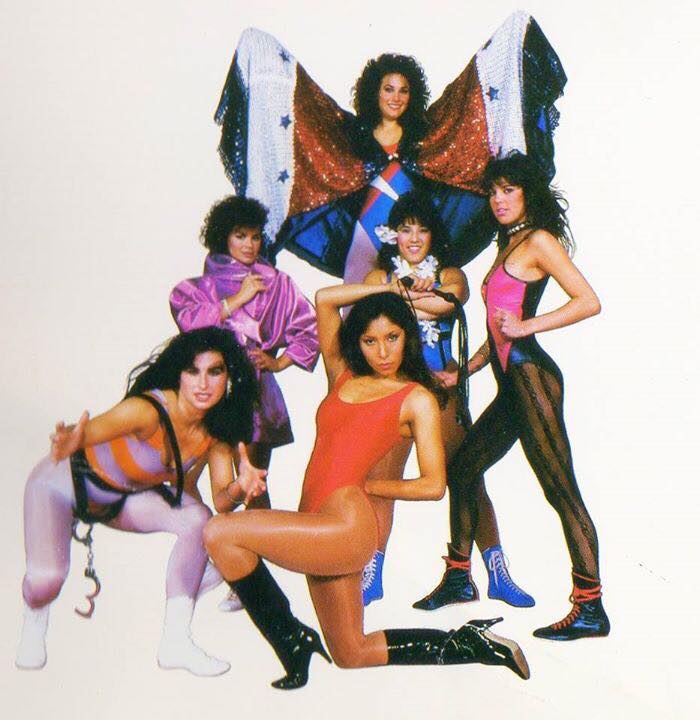 The audition that the girls attended, as well as the initial training, for the show was conducted by Mondo Guerrero with founder David McLane looking on. When the girls found out what they were in for, some of them just got up and left. Mondo called the remaining girls into the ring. Once in the ring, Mondo looked them over and asked, “Which one of you can ram their head into the turnbuckle pad, turn over, and land on your back?”. They all looked at each other and Jeanne shot her hand up and replied, “I can!”. She went first, and showed no fear. Mondo took notice of this and one by one all the rest of the girls went after her. McLane told the story of that day later, and said that Jeanne was the first GLOW Girl hired, because of her positive attitude and fearlessness. Americana was chosen second, and Tina Ferrari (Ivory) was picked third.

They then moved onto training with Mondo three nights a week, on Monday, Wednesday, and Friday from seven-to-ten. With every session, her confidence in the ring and her abilities grew. After the first two months of their initial training was complete, fellow GLOW Girl and a good hand in the ring herself, Princess Jasmine and Debi Peltier, who performed as Dallas, then took over the training for the girls. Jasmine had been trained by wrestling legend Dick the Bruiser, and was more than up to the task of polishing up the girls’ in ring skills. 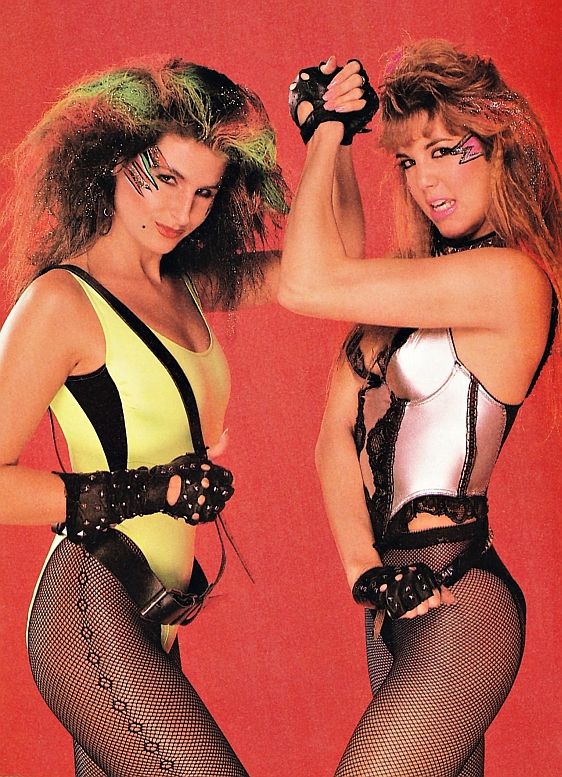 During the first pilot in Las Vegas, Hollywood and her teammate Vine were facing the team of Tina Ferrari and Ashley Cartier. While they familiar with the ring and moves, one thing that Hollywood wasn’t used to was being in front of a crowd the size of the one they had that afternoon at the Riviera Hotel and Casino where they were filming. Stage fright and ring nerves started to affect her, but as everyone knows, the show must go on. They were working the match and her attention was on the crowd reaction more than watching where she was. She was rocked back into the moment by a stiff slap to the face from Ferrari. After Tina had her attention back in the ring, the match went off clean with the crowd was cheering them on.

Jeanne began to embrace her heel character and decided to streamline the look of what she thought “Hollywood” was about. She disliked the pink wrestling gear that she was issued. She started buying clothes and accessories from the rock’n’roll shops and putting her own style into her character. Hard rock was a passion of hers. Hollywood’s identity rose out of Jeanne’s spirit, and a star was born.

Instead of fearing the fans, she would feed off of their energy. To further her heel persona, she began to hide foreign objects around the set where they did their tapings. She would get there early- ahead of everyone else- and stash these goodies, then mark their location using the gaffers tape. They used a four camera filming set-up and in those days before wireless technology was rampant, the electronic cables snaked all across the floor connecting all the different pieces of equipment. The gaffers would tape the wires to the floor to keep anyone from tripping on them or anything being disconnected and causing a technical problem. Well, on this particular occasion they used the same color tape that Hollywood has chosen to tag her hidden equalizer with. As the match went to the floor outside the ring, she ran over to grab said equalizer, only got a hand full of wiring instead. She gave it a tug , and one of the main cameras started rolling towards her. The cameraman jumped back with a priceless look on his face as his camera took off away from him. 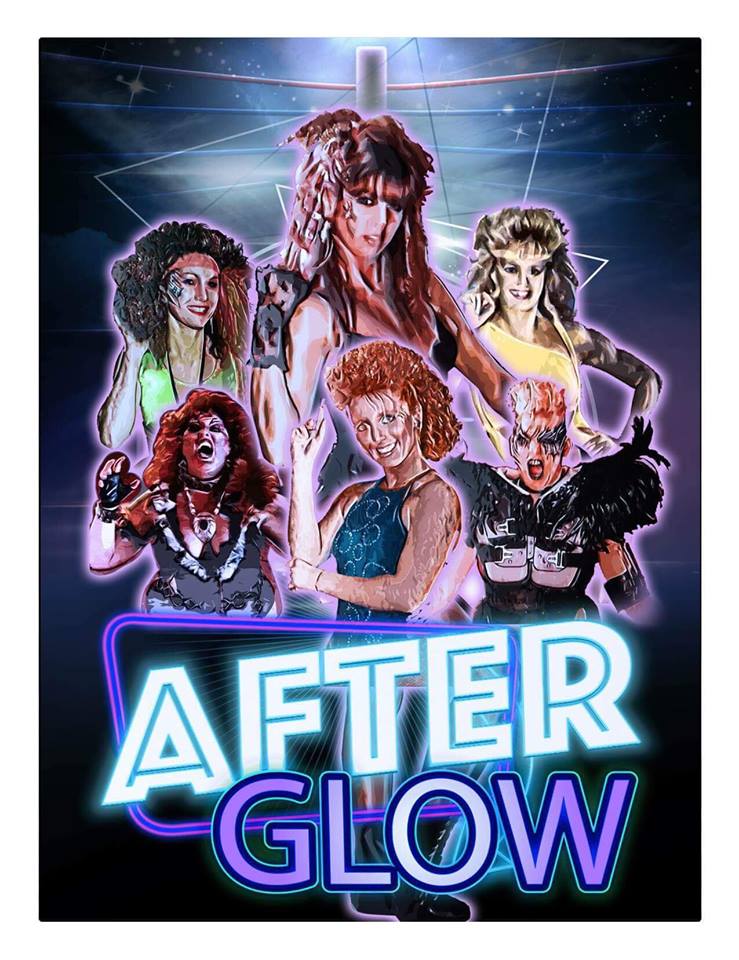 In the years following her time at GLOW Jeanne pursued her passions outside the ring and went into modeling. She opened her own business called Hollywood Productions, working as an actress in film and television and also becoming accomplished as a stuntwoman as well. She has appeared on JAG, Married…with Children, and Saved by the Bell, just to name a few. More recently, she has become involved with the After Glow series of events, including a yearly fan cruise which sails to many tropical locales with members of the original cast on board for games and wrestling focused activities. They are a big event for the girls, and the turnout continues to grow with some loyal fans coming back every year.

Season two of the G.L.O.W. Netflix series starts back up on June 29th as well. Hollywood told me she’s a big fan of the show and really likes it’s interpretation of the events that her and the girls lived through. While the series is not an exact history of the events, she feels it’s a great thing for the G.L.O.W. brand, and I’d have to agree with her. She will also be attending the Cauliflower Alley Club’s annual meeting in Las Vegas this year, along with Sunny, Roxy Astor, and other members of the original crew. The CAC will be held April 30th to May 2nd at the Gold Coast Hotel and Casino just off the strip, across the street from The Palms. The G.L.O.W. meet and greet area will be on the second floor at the GC from 10am to 2pm. You can also follow her on Twitter at the link on this page.

I’d like to thank Jeanne for taking the time to share these stories with me and I look forward to seeing her in Vegas this year.  We had alot of laughs doing this interview, and she is a great representative of the Gorgeous Ladies of Wrestling.  She definitely has the passion for her brand, and loves giving back to the fans.

That’s going to do it for another week out on the roads Bruthas and Sistas.  I hope you enjoyed our trip, and show back up here next week for another installment from the logbook of road trip mayhem.  Until then, as always, keep the wheels turning and the freedom burning.  Peace. 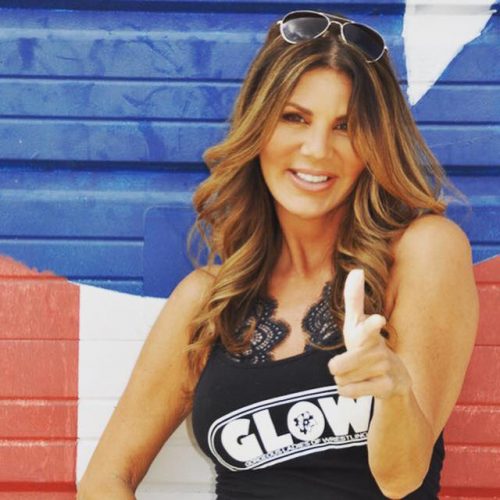 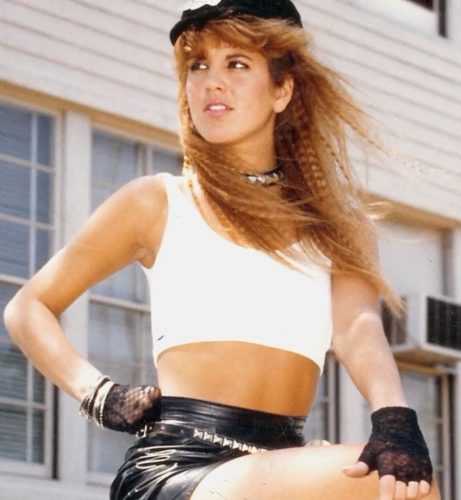