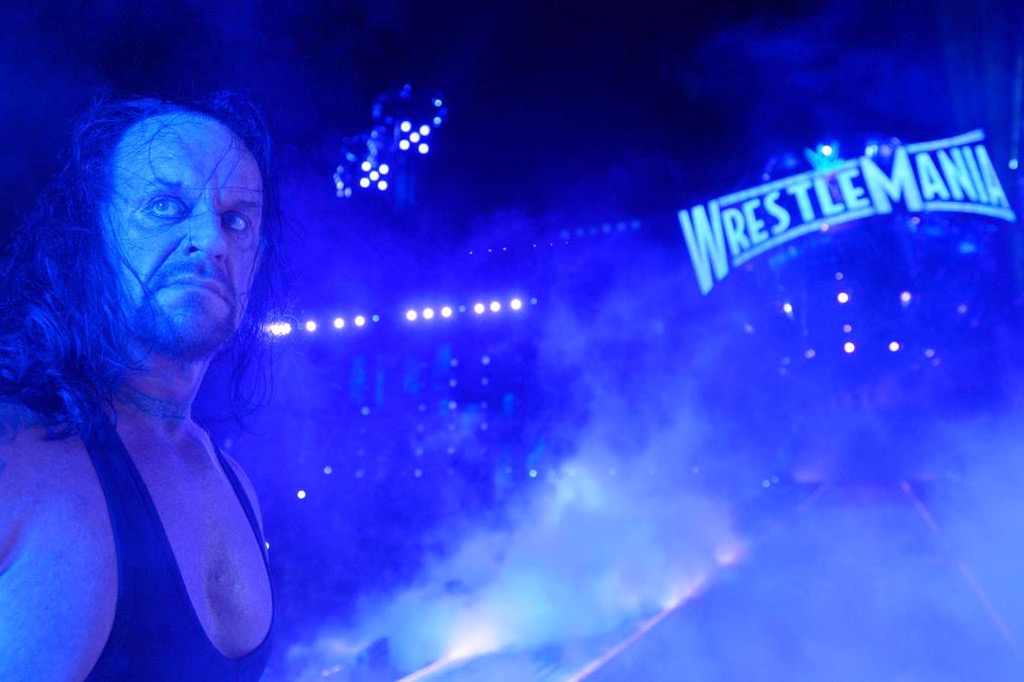 In what was a fitting goodbye, the Undertaker walked silently off into the sunset following his WrestleMania loss to Roman Reigns on Sunday night.

The main event match featured mostly brawling, with Reigns firing off several versions of his finishers to gain a clean pinfall over the Deadman. It would be only the second loss for The Phenom at wrestling’s biggest annual event

At the end of the match, as The Undertaker lay prone, the crowd chanted, “Thank you, ‘Taker”.

Upon ‘rising from the dead’, Taker would appear dressed in his full gear and then dis-robed once again, leaving his equipment in the ring.

Stopping to greet his wife on his way ‘home’, the 75,000 in attendance joined millions worldwide in saying goodbye to one of wrestling’s all-time greats. The event concluded with a single silhouette of the man who ruled the federation for over 25 years.

Full post-show details and a retrospective on the career of the legendary Undertaker will featured on TheGorillaPosition as they become available and throughout the week.