Ignite Wrestling promoter (and TGP contributor) Kim Artlip gave us a few minutes to pick her mind on the state of indie wrestling, WWE’s woes and who rocks the robe better: Robert Roode or Charlotte Flair? 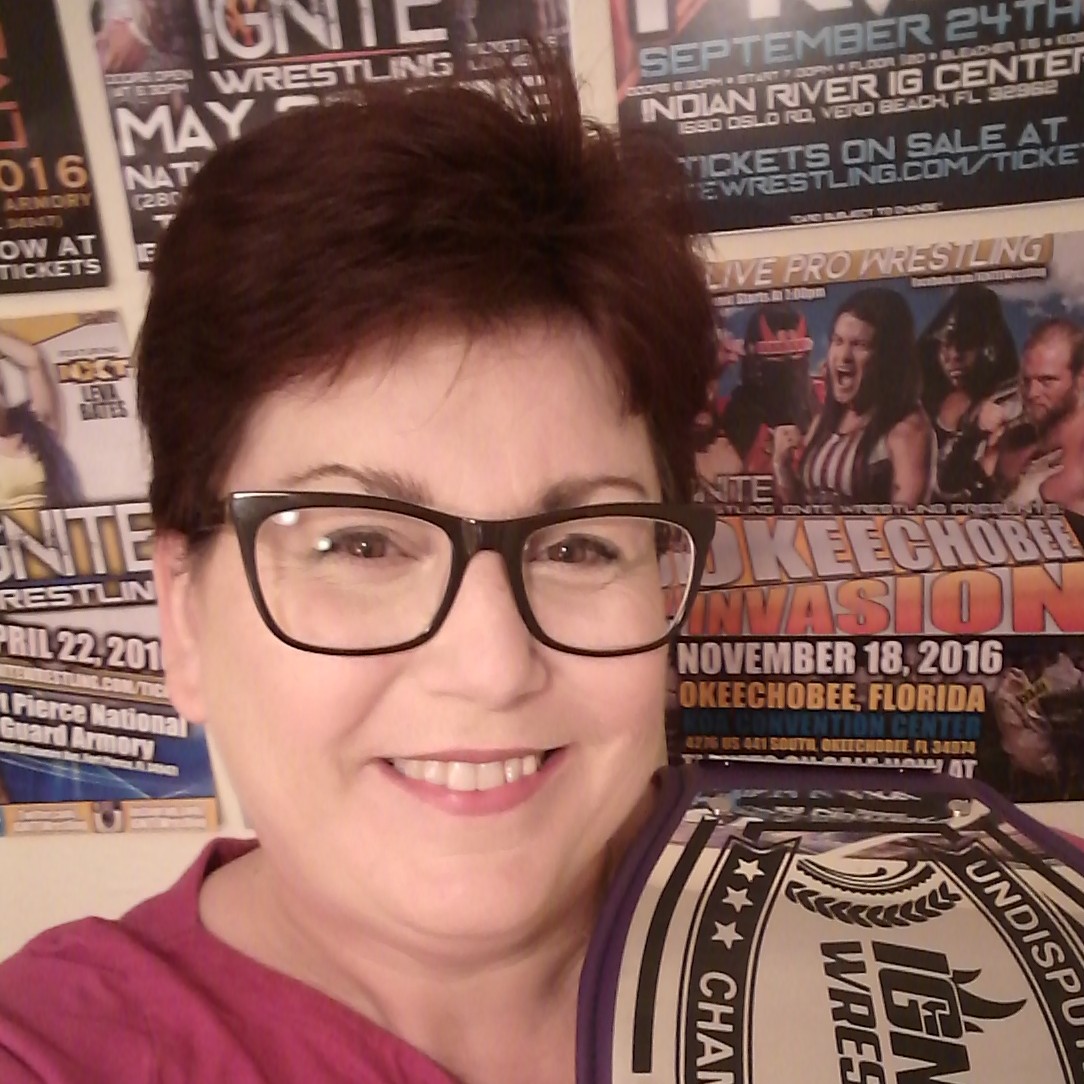 K: I’m going to answer this with a question: Do you remember the first time your family took you to the circus or Disney world? It’s that sense of excitement and wonder that people feel when they go to a wrestling show, and that’s my ‘why’. I’ve been doing this for about 3 years, and got into it in a backwards fashion.

I was a fan since before I could walk and talk. My family used to watch the old WWWF and saw my first match with Bruno Sanmartino and just fell in love with it.

It was an escape for me, and I love the pageantry and costumes. The storytelling. So when an opportunity presented itself about 4 years ago, I jumped on it.

I’ve been blessed to have many people, most of whom work with me at Ignite now, to help me along the way, and in that time we’ve grown leaps and bounds.

R: With so much dissension in the WWE and talent going to other promotions (like Jon Moxley from WWE to AEW), what’s your thoughts on promotions parading stars from other places?

K: In the beginning, we had guys who then went somewhere else, like Lio Rush, Leva Bates and Lacey Lane. As for bringing in talent from other places, we’ve found that we don’t need to do that. We can win with homegrown talent and build a fan base with the young, hungry, indie crowd.

R: For young wrestlers, how do you get booked?

K: Have sense. Common sense, and business sense. A lot of young guys don’t know how to approach a booker. I’ve been called babe, hun, sweet, sugar, etc. and that’s not going to get you on the card.

Being professional means having a resume, having photos and video. More than anything else though, and I want to emphasize this—get proper training.

It’s sad that people don’t realize that it’s a safety issue: you can’t protect yourself or the other person in the ring. It’s not going to be safe or enjoyable to watch.

Also, if you’re looking to get positive attention, especially with the smaller promotions, be helpful, and keep your gear handy. Most don’t realize this but many times, wrestlers come before the show start and help put the ring together, and set up concessions. After the show’s over, they help clean up.

We can always use a spare pair of hands, and there’s been times when someone slated for the show had car trouble and we’ve used someone who was just there hanging out with his friends who were on the card.

R: Why do you think WWE’s having trouble keeping people interested?

K: Inconsistency and too much talk. So little is the same from week to week that it’s jarring. Who’s a babyface this week? Who’s a heel this week? Who has time to sift through an hour of talk every show?

I’m serious! I just want to see good matches, and I’m sure most people would agree. So instead of giving people what they openly ask for, you’re giving them hour after hour of canned heat that doesn’t progress the story forward in any capacity.

R: What separates Ignite from other indies?

K: We know who and what we are. We’re not trying to be the next WWE, Impact or ROH. We’re proudly independent and serve as a place young guys can get seasoning. We want to be that place that if someone from WWE looks at you, and sees our name on your resume, they know you’re quality.

R: Off the wall question time: Who wears it better: Robert Roode or Charlotte Flair?

K: Charlotte. She’s been in the game a long time, and she soaked up everything from her dad. Robert just looks like a coat hanger. I know there’s the rumor that she’s really her brother in drag, but hey, you’re gonna have to check a dirt sheet for that fact.