*MLW in no way, shape or form, endorses the below*.

The following description was provided by the office of Salina de la Renta:

From the visionary mind of executive producer Salina de la Renta comes the greatest hour of professional wrestling in the history of the sport.

Powered by Promociones Dorado, this week’s MLW FUSION features a double main event that only the genius empresaria Salina de la Renta could broker featuring four of the top Latin athletes in the sport.

Pentagón Jr. dares to compete with the destroyer, hall of fame luchador LA Park in one of two main events. Will Pentagón Jr. be able to last more than a minute against the face of death? LOL, nah but still… tune in for a public execution!

The most dominant World Champion in the history of Major League Wrestling, Low Ki, will have the distinction of headlining the second main event. After humiliating Dumbo err Daga by nearly ripping off one of his enormous ears, Low Ki eagerly awaits giving Mr. Peepers a matching disfigured ear.

The greatest next generation luchador in the sport will grace fans with his presence as Hijo de LA Park competes against the husky, filthy Gringo Loco. Can wrestling’s Kenny Powers jiggle his way to a win? ¿Estás bromeando? Jajajajajajaja!!!!

In an exclusive only a true Latin media maven such as the gorgeous pioneer Salina de la Renta could deliver, you will be in awe of the revealing of the National Openweight Championship brackets. Yes, you aren’t worthy but the empresaria isn’t doing this for you campesinos. She’s doing it for the ratings. After all, Promociones Dorado does have several shows in the works based on the success of this broadcast.

Oh and please note if that sweaty baby warthog Sami Callihan or that goat lover Mance Warner even dare come near my show, Promociones Dorado can’t be held responsible if they are beaten, arrested or robbed (in no particular order).

CONTRA Unit promises to share something exclusively on this marvelous episode produced by your empresaria, Salina de la Renta. What is it? Watch and find out, gringos! 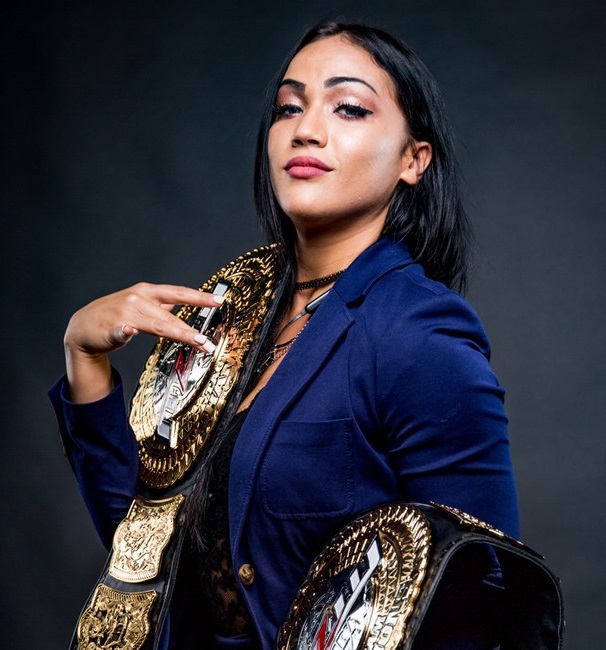