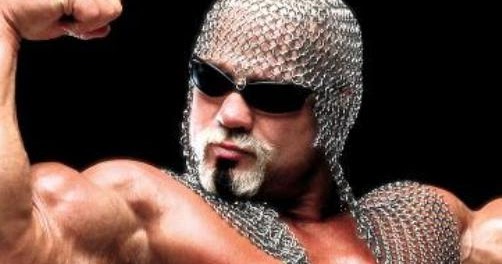 Big Poppa Pump will bring his own, special brand of chaos back to Impact Wrestling on July 2nd at Slammiversary.

Scott Steiner held what was promised to be an UNCENSORED, UNEDITED teleconference for the media on Wednesday afternoon. The much-hyped event was scheduled in accordance with Impact Wrestling’s upcoming Slammiversary pay-per-view on Sunday.

Steiner will be teaming with announcer Josh Mathews vs. his Impact broadcast partner, Jeremy Borash, and Joseph Park. It’s a contest that can accurately be described as a ‘mixed-microphone’ tag team match- one that stems from the bad blood between Borash and Mathews over the top spot in the company.

The press gathering had been forewarned of the madness that could ensue, and Steiner certainly didn’t disappoint. Executive Producer Jeff Jarrett opened the call by welcoming the media, and said that Steiner himself had requested this rare, open forum.

“I thought Scott was actually joking when he said he wanted to a lot of media, because Scott, at times in his career, hasn’t always been really media-friendly,” Jarrett said. “But, he said he only has one caveat: he gets to do it his way.”

With that, Steiner took control, and IMMEDIATELY attacked Impact management for the ten minutes it took for him to connect to the call.

“Listen – when I do these interviews, I swear, I’m in a good mood, and something happens that pisses me off,” Steiner barked at media relations director, Ross Forman. “I’ve been calling for ten minutes! It’s frustrated me, calling this number, over and over.”

“Now, I’m back on, and you’ve pissed me off! You started this interview off wrong, and I’m telling you that right now.”

After firing his initial salvo, he then addressed the media regarding his match at Slammiversary and made no bones about his intentions.

“Somebody’s going to get punched, and it may be all three of them,” Steiner said.

“Josh Mathews called me up, and wanted to know if I could do what I do best – Beat people up. The money’s right, I said yes, and that’s how the ball got rolling.”

Steiner then started in on Impact announcer Jeremy Borash.

“I hate fat asses and Jeremy’s put on some weight, let’s be honest,” Big Poppa Pump stated. “[With Borash] It’s not a deep-rooted hatred, it’s just to where I want to bitch slap him a little.”

Steiner said that despite his past with the previous regime at TNA (which included legal action), he was glad to be a part of the Impact era. He commented on the changes he’s seen since returning to the old/new company.

“It was a joke,” he said of his last tenure and departure.. “Anyone who saw it, knows [Dixie Carter] was a joke.”

“If you talk to anybody, there’s a huge difference. I think when people see Jeff [Jarrett], they know that he knows what he’s doing. Clearly, Dixie didn’t know what she was doing. She was a mark that wanted to be on TV.”

“It’s night and day.  People want to come to work, they’re excited about what everybody’s doing and it’s a totally different atmosphere.”

Steiner says that, for now, he will only be appearing at this weekend’s pay-per-view, but didn’t give any indication on whether he would be remaining in Impact beyond that. 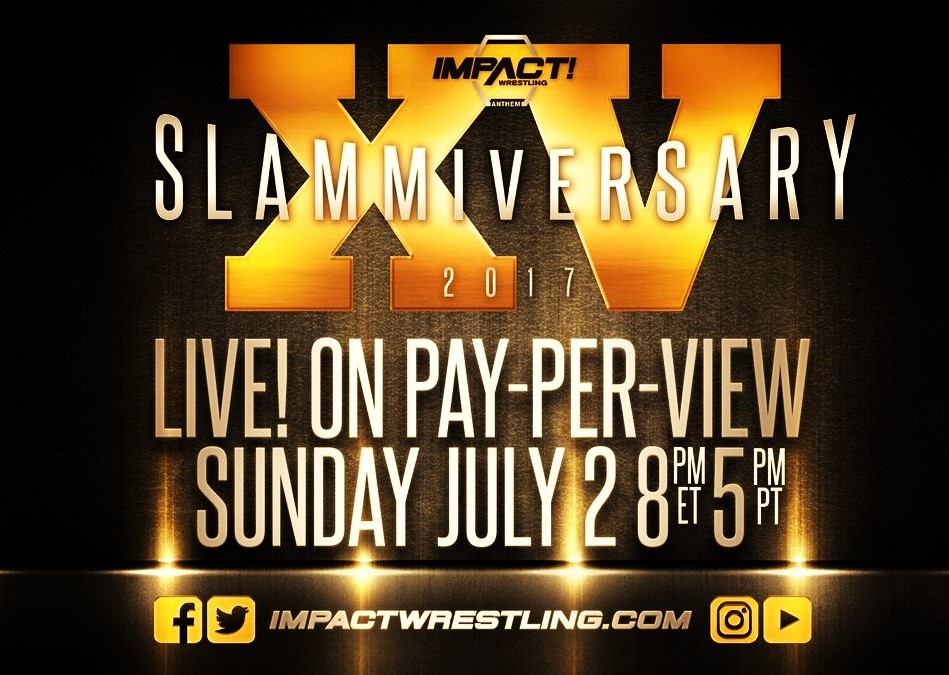 “I haven’t had any talks on anything past Slammiversary, but I’m open to the fact, where if someone wants to hire me again to beat up somebody they don’t like.”

“I’m open to suggestions. Call me up, I’ll beat somebody up.”

Then, a mysterious voice appeared on the phone line.

At first, the muffled caller claimed to be renowned wrestling writer Mike Johnson of PWInsider.com, but soon the jig was up – it was obvious a frantic Joseph Park was on the other end of the line.

“I wanted to call and see if there’s any possibility that you’re just going to cancel this whole thing for Sunday,” the voice (Park) began pleading. “Call the match off. You have nothing left to prove in your career, sir.”

After being revealed, Park was read the riot act by an enraged Big Poppa Pump.

“You thought we were jokin’ around, Joseph? Let me tell you something, Joseph Park, I’m going to make you scream for your brother!”

“One thing I don’t like, Joseph, is a lawyer,” Steiner bellowed. “And that’s why you’re the scum of the earth, Joseph. Because you’re a lawyer. I know it’s you, and I’m going to beat your ass!”

After all the pay-per-view pageantry was put aside, Big Poppa Pump discussed some serious matters outside the ring, as well. Even out of character, Steiner’s mood grew dark when he was asked about WWE, specifically his possible inclusion in their Hall of Fame.

“The first thing they need to do is get rid of Stephanie McMahon and Hunter McMahon, because they are the two idiots running the whole place up there,” Steiner said, sarcastically mocking Triple H. “I feel sorry for the wrestlers now. They gotta follow the instructions of those two idiots. And, you can see that people don’t want to watch it. The ratings are down”

“The only reason I call him ‘Hunter McMahon’ is because she obviously wears the pants,” Steiner continued. “He’s the most ball-less human being walking around, and he needs to maybe check himself to see what’s really going on down there.”

Then, he shot on the McMahon Family’s non-existing wrestling shrine: the WWE Hall of Fame.

“I’m not going somewhere, where if I get into some trouble, I can’t call 911. I can’t have a beacon call to the coast guard. Because who knows? It could be in Atlantis for all I know.”

Then Steiner dropped a bomb.

“Where are the statues at? Where is the statue of Nature Boy Ric Flair? Or, the Macho Man?” Steiner said. “You’ll never see the statue of Macho Man. That’s never going to leave Stephanie’s bedroom.”

When he was finished choking out all the talk about the competition, the Big, Bad Booty Daddy discussed his own legacy in the pro wrestling business,. After over a quarter century of suplexes, he says he’s already slammed down his spot in history.

“I’m in the Hall of Fame at Michigan (his alma mater) and the Dan Gable Hall of Fame,” he said. “But, when I go out to these independent shows and talk to the fans, that’s good enough for me.”

“It all really comes down to how the fans remember you.” 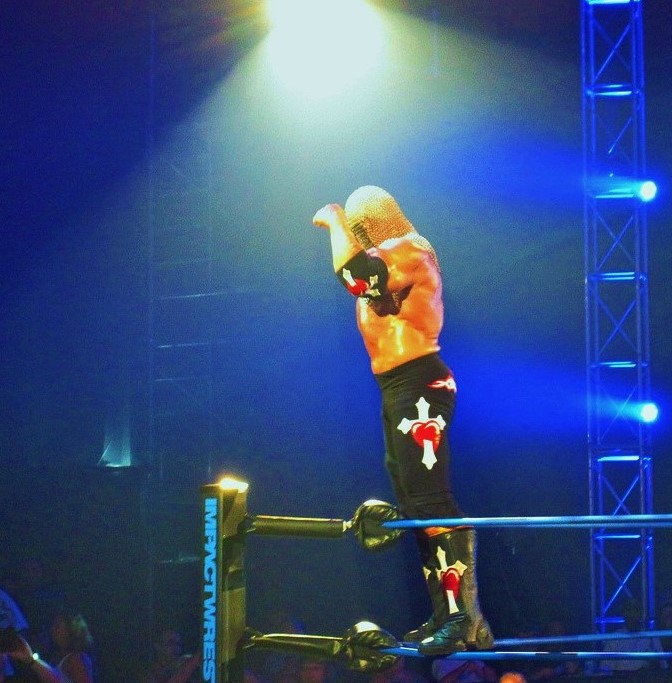 At Slammiversary, Scott Steiner promises to once again wreak havoc on Park, Borash & the entire Impact Zone. He’s locked in and gives his opponents some pretty long odds this weekend.

“Unfortunately, I don’t have a number smaller than zero,” he laughed maniacally.

Big Poppa Pump will be unleashed on Sunday.  May God have mercy on all of us.

One thought on “DIARY OF A MADMAN”