For 15 years, Petey Williams has been sticking his opponents in the mat with his trademark move, The Canadian Destroyer. The physics-defying finisher is not only visually pleasing, it also typically leads to a victory. 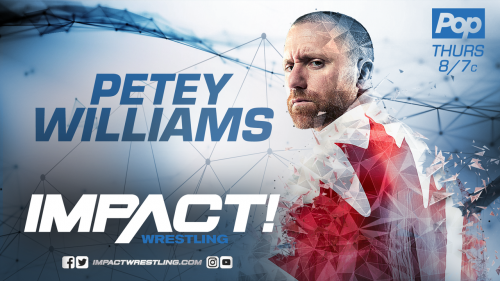 The “sick, flip piledriver” – as announcer Mike Tenay described it – caught fire when it was initially unveiled, spawning several imitations and variations. As much as almost any wrestler in the world, ‘Maple Leaf Muscle’ is identified hand-in-hand with his classic, signature move.

And it all started with Matt Sydal.

The Canadian Destroyer was born during the first-ever singles encounter between Williams and Sydal, during a match for IWA Mid-South Wrestling in Indiana in 2003 – about 15 years to the day they will meet again, at Impact’s Redemption pay per view on April 22nd.

“Matt was the first person ever to take the Destroyer,” Williams told TheGorillaPosition.com this week. “The pay per view is actually, almost to the date of when it happened. That was our first time in the ring in a singles match. and I think it happened around late March or early April”.

“So we are just past 15 years of when I did it the first time. That’s just so hard to believe, that it’s already been that long.”

Since then, both men have established themselves as innovators of a new era. As the high-flying style of wrestling evolved over the last decade, they are often mentioned among the names who were at the forefront of it all.

While Sydal went on to a WWE run as Evan Bourne, and eventually found his way to the company, Williams became a staple of Impact. Now, the pair will meet up again, with a prize on the line that Williams knows rather well.

He’s already held the X-Division title on two different occasions in his career.

“I guess it all comes full circle,” he said. “I was one of the guys who was around in the beginning days of the X-Division, and got to be a part of some pretty amazing matches. You look at the names of guys who helped make the division, and it just blows your mind to think about how much talent came out of there.” 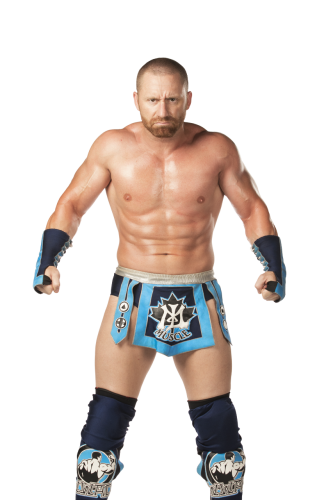 “So, I guess it will be sort of like being back where it all started, at the pay-per-view.”

That extra bit of nostalgia will also lend itself to his opponent, although he says their background extends far beyond just the origin of Williams’ pet move.

“Matt and I know each other well; it’s more than just the whole thing with The Destroyer, and how it got started.” Williams asserted. “We’ve worked together a lot, so we’re pretty comfortable out there.”

“I’m excited, because I know how Matt is: He’s a professional and wants to go out there and do it perfect every time. On top of that, he’s just an amazing athlete, so I know we will have a great match at Redemption

For the Impact Original, it’s pretty strange to think everything started with TNA Wrestling in Nashville at the old Asylum. The company is now, technically speaking, the biggest professional wrestling promotion in the land he calls home.

For the company’s Canadian-heavy roster, the move has worked out on several fronts. Williams says looking back, however, he never could have fathomed that Impact would eventually move into his neck of the woods. 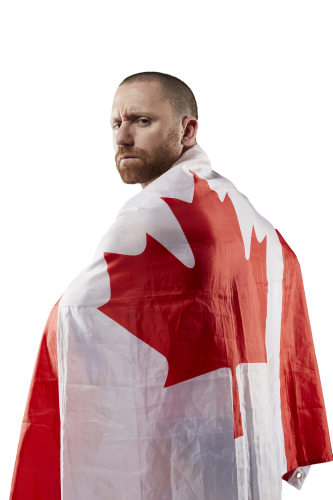 “Back when we started in Nashville, I was playing a heel, playing a pro-Canadian character,” he recalled. “The Nashville crowd was really set in their ways, and they didn’t like us.”

Williams was often recognized as the de facto leader of Team Canada, which included former members like Bobby Roode and Eric Young.

“We were the heels then. We were the ‘enemy. That’s very old school booking, but that’s how it was, and it worked for us.”

“It’s crazy to think that now, we’re sort of like, the home team,” he joked. “I wish it would have started out like that, because, I wouldn’t have had so many Visa problems, travelling back and forth in those days.”

Hailing from Ontario, Williams also says that current Impact executive Scott D’Amore was a huge influence on his career going back to their days as part of Border City Wrestling, as well as Team Canada. Now, his former ‘Coach’ is one of the leading minds in the company, alongside Don Callis, and, Sonjay Dutt.

“I think people have always seen Scott on TV, as the head of Team Canada and just thought of him as the Coach character,” Williams said. “But, if you look at what he’s done in Windsor and with Border City Wrestling

, and the crowds he’s booked there… Windsor is not a big city. I’m from Windsor, and it’s not like we have a million people there.”

“But, Scott consistently was just able to get big crowds in the door, and have great shows. He understands the business, and I think you’re starting to see that now that he’s getting a chance to do the same thing in Impact

Williams also says he isn’t surprised by the success his longtime friend and in-ring rival, Dutt, whose been making a smooth transition from competition to the front office and color commentary duties. 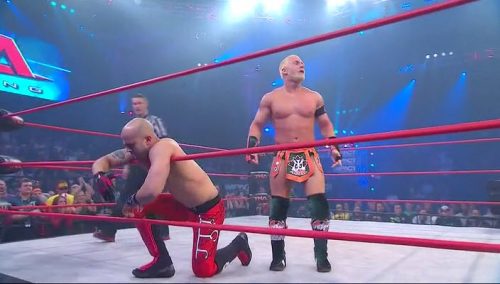 “I’m not shocked at all by how well Sonjay’s done, honestly” he commented. “It doesn’t surprise me at all, because I’ve known him for a really long time and he’s one of my real, true friends in this business.”

“Anyone who has known that guy over the years, knows that he has so much talent. He’s so smart. Not only as a wrestler, but as a booker, and as a commentator… Sonjay is seriously is one of those guys that can do anything.”

Heading into the pay per view, the veteran says that- win or lose- his health won’t be an issue. Despite all the risks he’s taken, Williams has not suffered a major physical setback during his illustrious career.

“Surprisingly, at 37-years-old, I’ve escaped serious injury throughout my career,” he said. “I feel kind of stiff sometimes these days, but definitely nothing career-ending or anything like that… knock on wood, of course”

“I’ve been working out, exercising and staying fit for 20 years now. That plays a role in it. Just staying active and in shape throughout my career, and pretty much my entire life, has helped me to avoid a lot of injuries.”

“Obviously, I take risks, but I take calculated risks. Before, in my career, I was doing some pretty stupid stuff, just trying out different things, sometimes. Back then, I just had me to worry about, but now I have a family and other people to think about, so I have to take into consideration.”

Even still, Williams continued to point out that he and the champion, Sydal, are no strangers to each other. So he won’t be afraid to pull out all the stops.

Unlike that first encounter 15 years ago, however, they won’t  be tempted to try to blow the roof off the building. Despite their fast-paced styles, the challenger says, it’s more about knowing how to tell a story in the ring.

“Maybe the younger versions of us would say, Let’s go out there and do every single move we can think of and every cool spot, and all that kind of stuff.”

“Now that we’re older and we’re wiser, it seems like we save our special stuff and make it mean more. I think you’ll see that in this match.”

At Redemption, Williams won’t go so far as to guarantee an anniversary-marking Destroyer, but he does promise that the fans will get their money’s worth in the X-Division title

showdown. He knows that he and Sydal will have the potential for one the best matches on the card when it all finally comes full circle…15 years later.

“Our goal, of course, is to blow everyone away. But we’re more concerned with putting on the best possible match and focusing on telling a story.”

“We’ve both been down this road before, and we’ve been there together. I think we’re going to out a lot more thought into this match, and that’s why I think, it has the potential to be one of my best matches ever.”.

on THE WRESTLING PERSPECTIVE PODCAST
on iTunes, iHeart Radio, and multiple other platforms. 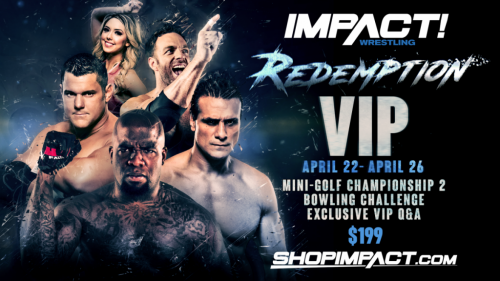