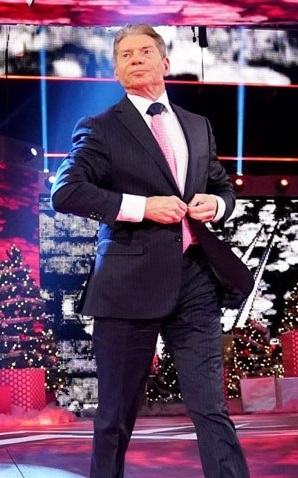 On December 17, 2018— an evening that will surely live in infamy —WWE chairman and CEO Vince McMahon, his son-in-law and executive VP Triple H, prodigal son and minority owner Shane McMahon, and daughter and chief brand officer Stephanie McMahon stood shoulder to shoulder in front of a live Raw audience in Sacramento. Each took turns stepping out front to deliver variations on a theme: We’ve been lazy and complacent and our product’s not been great and we hear you loud and clear.

To put a fine point on it, Triple H declared: “The days of absentee management are over. As of now, the four of us will be taking back Monday Night Raw.” Shane, who’d become the authoritative face of SmackDown as its onscreen commissioner for most of 2016-18, assured fans that his brother-in-law’s decree would go double for Tuesday nights. And as if the message wasn’t clear, Stephanie solemnly swore, “We’re gonna empower our superstars and empower all of you.”

Fast-forward fewer than five months to the May 6, 2019 episode of Raw, where a villainous Shane —fresh off defeating red-hot nemesis the Miz at WrestleMania and sputtering his momentum—was directing traffic as baddies Elias and Drew McIntyre dutifully laid into top babyface Roman Reigns at Shane’s behest. Feel empowered yet? … Read More HERE