With the incredible explosion of independent wrestling over the last decade, fans and observers are constantly on the lookout for the next ‘big thing’. As a performer’s star begins to rise, the speculation of where they will eventually land becomes the subject of internet banter. 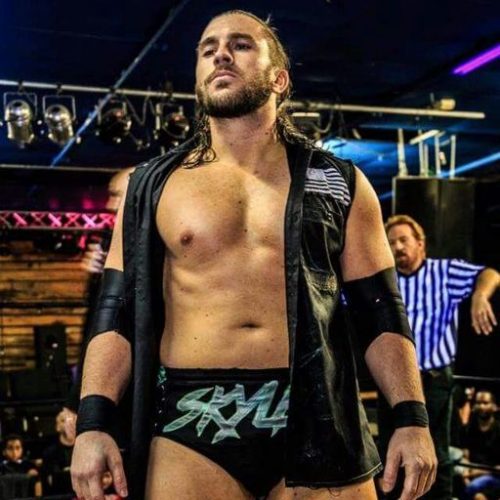 Entering 2019, one of the names that has been flashing on the ‘rasslin radar has been South Carolina native John Skyler.  Nicknamed ‘The Southern Savior’, the 10-year veteran looks poised to take a giant leap forward.

Skyler started off his career quickly, being named the 2008 South Carolina Rookie of the Year. After a standout match at the Cauliflower Alley Club Convention in Las Vegas, he would begin working his way around the country, wrestling for promotions like Resistance Pro, OMEGA and WrestleForce, among many others.

Skyler became WrestleForce’s inaugural heavyweight champion and continued to collect local and regional titles. Since then, he’s appeared in nine different countries on three continents, and has continued to sharpen his skills – in and out of the ring.

“I’ve had the opportunity to get multiple experiences in different places,” Skyler said, in a recent interview with TheGorillaPosition.com. “I’ve done the ‘hell trips’ in Canada – where you’re riding on unfinished roads, and you’re working 10 shots in 10 different days. I’ve gone over, and done some stuff in Europe and Asia.”

“I’ve been able to try a lot of different stuff in those areas. And a lot of it just repetition; getting out there and finding out who you are.” 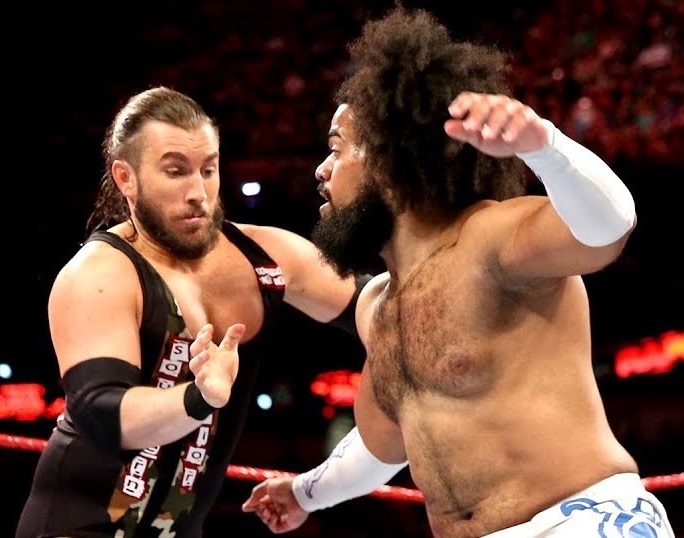 He’s also had a taste of the big time, having made appearances in NXT, WWE, TNA and Ring of Honor at different points in his career. During that time, he says he gained a new maturity and self-awareness that helped him evolve as a performer.

“When I first started, I wanted to be sort of a version of Michel Hayes, maybe mixed in with a little bit of Chris Jericho in the late 90’s,” he laughed. “But, after a while, I just discovered that wasn’t me.”

“And that’s no disrespect to those guys. I mean, I can like all those things and those people; I can be a fan of them. But, in the end, it wasn’t who I was. And, it wasn’t translating who I was to the audience, or I really was as a person.”

As he developed the ‘Southern Saint’ persona, he gained a reputation for being just as effective on the microphone as he is on the mat.

“I am educated, and I always try to be well-spoken,”the University of South Carolina graduate said. “And, I try to incorporate that into my character.” 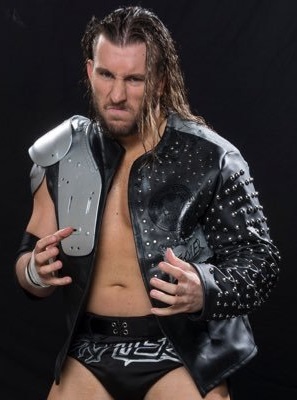 “As far as what I have studied over the years, I really started gravitating more towards people like Jake Roberts. Where you see how they slowly and methodically walk to the ring, or incorporate certain expressions in to their entrance. Even if it’s just a wink or a sneer. Those little things that help you connect with the audience.”

In terms of his ring work, Skyler has been called somewhat of a ‘throwback wrestler’. It’s a label that he doesn’t mind all that much.

“Someone once told me: It looks like I just do stuff when it comes to my mind,” he recalled. “Not that it’s anything unsafe, or off-the wall, or that it doesn’t make sense,” he said. “And, a lot of times I am.  Because if you ask me to remember a match – Step One, all the way to Step One Thousand – then I’m not going to be able to do that. I have to be able to go off instinct and the crowd.”

“So, in term of being a throwback, then yeah… I would say that’s my ring style. I like to go out there and work for thirty or forty minutes. Then, go to the next town and be able to do it again the next day.

“A lot of guys now take unnecessary risks, to get noticed. And, that’s fine. But, its hard to go out and do that style and have that same match the very next day.”

“But, being able to wrestle a quality match — day in, and day out? That’s the sign of a true worker, in my opinion.”

He would team for years with Georgia star Corey Hollis, and the duo appeared in several NXT matches, but never received a contract. The fallout of that disappointment led to a defining moment in both men’s careers. 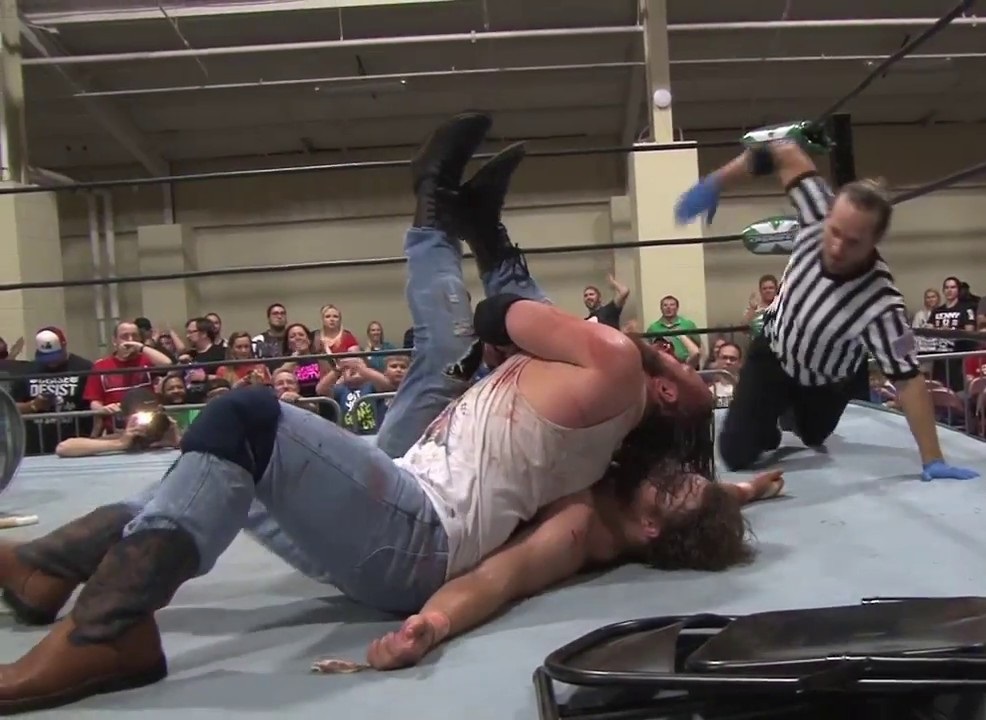 In 2016, Hollis turned on Skyler, blaming him for the team’s inability to get signed. What followed was a feud that would last over two years, spanning two promotions. One that drew a lot of attention from observers of independent wrestling. During the course of their long program, Both men cut some compelling promos to help tell the story, and used social media to fuel the fire.

Skyler says the feud – which actually incorporated his real-life girlfriend, Katie Sparks – was a turning point in his career. Especially in terms of his use of psychology.

“That was a cool dynamic to the story we were trying to tell. I didn’t want to tap in to something dark, and go to that place.”

As the two drew the angle out, they used a slow burn to build to a titanic battle in PWX Wrestling. The showdown – and the storytelling – got rave reviews. 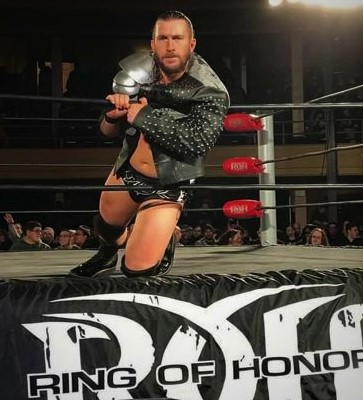 “I think the element that (Corey and I) had, was there were a couple doses of truth in it all. There was a little bit of reality in our issues,” Skyler said. “And, that was something people could really sink their teeth in to.”

Recently, he’s found some common ground with his former rival, Hollis, and it’s even been suggested that the reunited pair would be a great fit for the new All Elite Wrestling. Or, possibly, a run in Impact Wrestling, where they could match up with the likes of LAX or the Lucha Brothers.

But this week, Skyler apparently put a lot of speculation to rest, appearing at ROH’sHonor Reigns Supreme, alongside Hollis and fellow prospect Josey Quinn.

The group opened the show by announcing that they were willing to take on any challengers the promotion had to offer.

Skyler told the people in attendance that they should be paying attention to the trio, because they were,“newest, toughest, meanest three-man group” in Ring of Honor Wrestling”. Then, they proceeded to have an impromptu match with Shinobi Shadow Squad…

Following their appearance, Skyler refused to comment on his upcoming plans in Ring of Honor, but instead, left this cryptic tweet:

The only voice we have is that of our own. It’s time for OUR voice to be heard. #HaveAVoice #PreachTheTruth #SkylerOfHonor pic.twitter.com/dl1deGfoAU 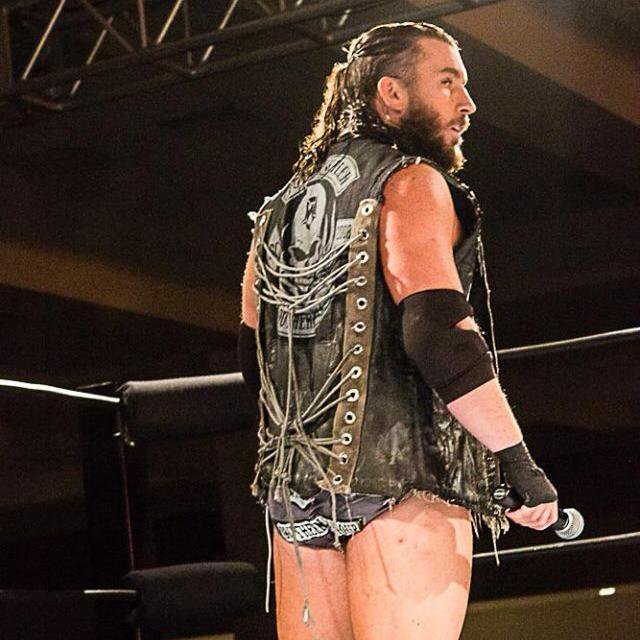