After Daniel Bryan ruined his Christmas celebration, R-Truth looks to get payback on the WWE Champion 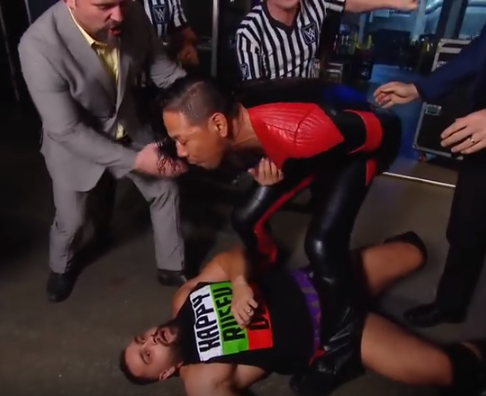 United States Champion Rusev had one thing on his mind walking into Jacksonville tonight: Crushing Shinsuke Nakamura for injuring with his wife Lana last week.

Nakamura seemingly had no interest in facing The Bulgarian Brute face-to-face, however, and he appeared on the TitanTron from a SmackDown LIVE television truck and forced an engineer to replay the footage of The Ravishing Russian being dropped during Rusev and Nakamura’s altercation last week.

Realizing that Nakamura wouldn’t meet him in the ring, the incensed Super Athlete stormed to the truck to get a piece of The King of Strong Style. Just as he arrived, however, he was ambushed by Nakamura, who repeatedly rammed a production crate into the United States Champion. Nakamura appeared to make his exit at the behest of WWE officials, but he suddenly sprinted at Rusev and knocked out The Bulgarian Brute with a Kinshasa.