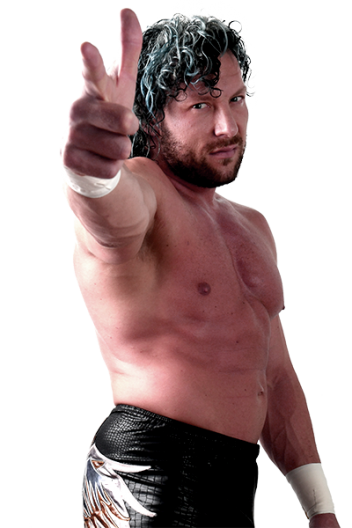 Kenny Omega is New Japan Pro Wrestling’s IWGP heavyweight champion, and he is also an impending 2019 free agent with the ability to redefine the wrestling landscape by signing with WWE or advance New Japan’s expansion into the United States.

Sports Illustrated spoke with Omega, as well some of pro wrestling’s elite—including Hulk Hogan, Chris Jericho, the Young Bucks, Kofi Kingston, Jim Ross, and Rob Van Dam—to assess whether his immediate future should be in WWE or New Japan, and Omega also revealed what he hopes to accomplish this Saturday at All In against Pentagon.

Sitting in his hotel room, tucked away on the second floor of a San Francisco Marriott, Kenny Omega apologizes for the scattered state of his parlor.

The unmade bed is covered in wrestling T-shirts, homemade cards with glitter and pink ink are sprawled out all along the dresser, and the floor has somehow transformed into an obstacle course of luggage, weight lifting supplements, and video game accessories. Even in his rushed state, Omega still takes an extra moment to fold the straps of the IWGP heavyweight championship title and place it neatly atop his suitcase. … Read the Full Story HERE

Kenny Omega Soars to the Top of the Annual PWI 500