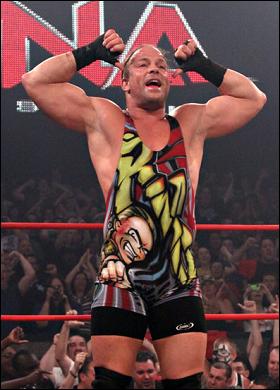 The original premise of the hour-long documentary was to reveal an inside look at a week of Van Dam’s comedy shows, but that soon turned into a vehicle for the aspiring comedian to share his thoughts on pro wrestling, concussions, and a look into his soul.

“At first, we were going to make a documentary of seven days of comedy shows,” said Van Dam. “But I couldn’t have predicted that, on day one, I would still have concussion symptoms from a wrestling match I’d had days earlier. I just thought it would go away and I wouldn’t tell anyone, because I normally wouldn’t, but it became something that I had to share.”

The film digs so deep that it allows viewers a chance to get to know a personal side of RVD, who is as thoughtful as he is funny … Read the Full Story HERE