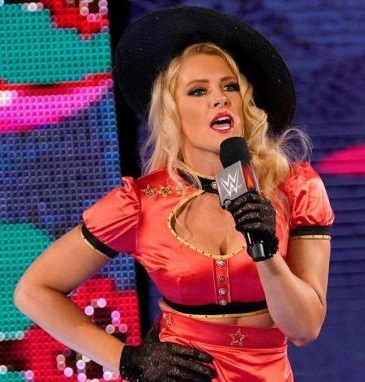 Sadly, the event is not selling very well and WWE is even offering offering 2-for-1 ticket deals for the first-ever Stomping Grounds event. A sign of the current state of WWE? Quite possibly. The price-point sure didn’t help their cause.

9 Matches in total with several being announced this week…

With Kevin Owens and Sami Zayn constantly getting involved in Kofi Kingston matches, this tag-team match makes sense, but it was somewhat thrown together at the last minute.
I imagine it will transpire on the pre-show.

Getting straight to the point, I don’t foresee either Tozawa or Gulak being either individual to dethrone Nese and even if I were proven wrong, it’s highly doubtful that it occurs this Sunday.

A rematch of their lackluster Wrestlemania 35 clash. Sadly, the main storyline has been Shane McMahon’s constant one upsmanship over Reigns.

With Roman being pinned multiple times over the past couple of months, another loss will effectively kill any momentum.

Heavy Machinery earned this opportunity last week. While Daniel Bryan claimed this team was a joke who was ill prepared for the spotlight, he did recognize their strength.

WWE has done little to build Heavy Machinery as a legitimate threat.

I have to question the logic of this match since Becky cleanly defeated Evans at Money In The Bank. How did she earn an immediate rematch?

Either way, this feels like a fairly predictable outcome.

Ricochet earned this championship opportunity on Monday when won a Fatal 5-Way this past Monday. It’s refreshing to witness a new feud and based on Ricochet’s reactions on a weekly basis, he was the right man to be in this spot.

Despite the fact Alexa Bliss is a Raw Superstar, she’s challenging for the Smackdown Women’s Championship. That was effectively the final nail in the brand split coffin.

The X-factor will be Nikki Cross in Alexa Bliss’s corner.

I have a hunch that Cross will inadvertently cost Bliss the match.

This is a rematch from their underwhelming Super Showdown battle and much like that match, the lingering possibility of Brock Lesnar cashing-in his MITB contract remains present.

Perhaps the biggest question remains, who will be the guest referee? All signs point to Lesnar.

These two have squared off on many occasions, but their match at Super Showdown in Saudi Arabia was unquestionably underwhelming. Many factors involved, but I fully expect this match to be some form of redemption.

Kofi Kingston has done a remarkable job as WWE Championship as he constantly overcomes the odds to retain. As for Dolph Ziggler, he is fuelled by jealousy and adamantly believes that based on Kofi’s recent success, it should have been him instead.

So, will it be Dolph Ziggler this Sunday? Doubtful.

Chris Toplack is the host of The Signature Spot, which can be found every week at TheGorillaPosition.com as part of The ROAR Network, and on YouTube HERE. Follow him on Twitter @christoplack