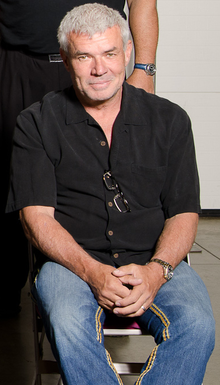 These days, Eric Bischoff is on fire.

After thirty years in, around, and on top of the wrestling industry, he doesn’t hold back. And while he may be a little older and wiser, he’s still not afraid to turn up the heat.

Every wrestling fan is quite aware of the basic outline of his story, having rose through the ranks of WCW from back-up announcer to the company’s President, consolidating his power after Bill Watts resigned in 1993.

From there, he signed mega stars like Hulk Hogan and Randy Savage, took WCW mainstream, launched the nWo and changed the game with Monday Nitro.

He was bold. He was brash. And he, along with his groundbreaking show, set the wrestling world ablaze…

He made a lot of friends, and probably even more enemies, with his aggressive style, razor tongue, and ultra-competitive nature, and has remained one of the most nuclear figures in the history of the sport.

At least, that’s the general biography on Bischoff that most observers will give you, culled from countless magazines, books and websites that have attempted to tell his story.

Today, ‘Easy E’ discusses his time on top with ‘The Podfather’ himself, Conrad Thompson. The pair have set the internet on fire with the appropriately titled, 83 Weeks, achieving record, hot numbers after just a few episodes.

“Conrad and I began talking about doing a show together last summer, while I was doing my previous show (Bischoff of Wrestling),” he told TheGorillaPosition.com Executive Editor Michael Melchor in an exclusive interview this week. “We talked about the possibility of doing a subscription-based show, so that I could possibly be doing both shows at the same time.”

At the time, he had several other irons in the fire, and things moved to the back burner for awhile. In the meantime, Bischoff began to shift some things around in his own life.

“It never got too serious,” he continued. “In late fall… for a variety of reasons, I decided to go on hiatus with my original show.”

“It was the holiday season, and I was busy with a lot of business and travel. So, I decided to put the show on hiatus. It was somewhere at this point that Conrad and I started discussing the idea of doing the show again.”

“By the end of January, we decided we were definitely going to do it.”

The two carefully put together a launch date, and Bischoff says that changes in the podcasting landscape as a whole played a huge part in his decision at the time. 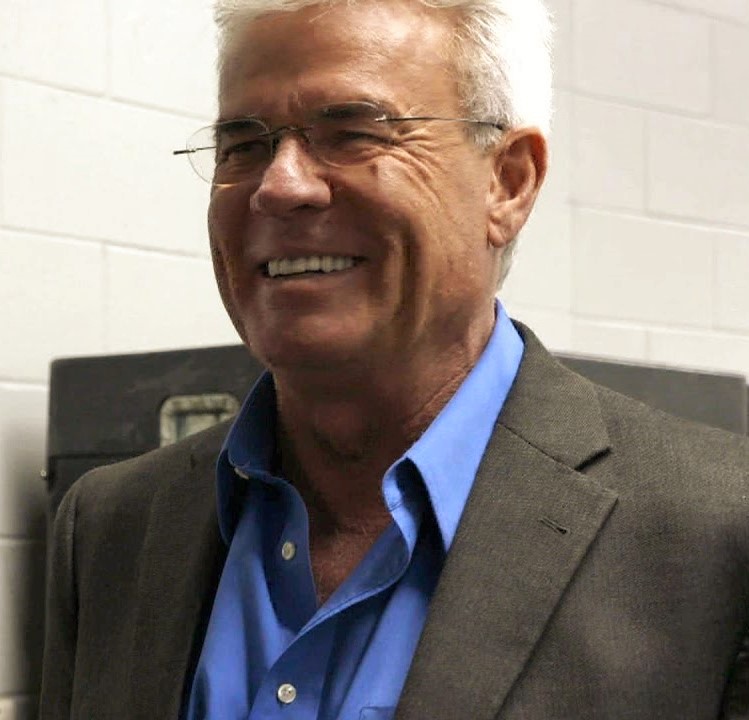 “It was just a matter of a time, because the podcast industry – as a whole – was I was in a state of flux, to put it mildly.  If you look at a lot people like Jim Ross, and Jericho.. a lot of other people were leaving Podcast One and looking for new platforms to partner with.”

“I didn’t want to leave Podcast One unless we had done our due diligence. because at that time, there was just so much in the podcast industry that was in turmoil.”

While the podcasting craze has exploded in the past five years, the ability to garner revenue from it has been a bit of a wild animal until recently. It’s estimated that advertising dollars from podcasting rose 85% from 2016 to 2017, according to Backyard Media. Thousands of potential broadcasters – both amateurs and pros – tapped into that new market, and wrestling quickly became a huge part of the industry. With it’s almost endless volumes of stories, the grappling game became an instant hit, at least in terms of content.

Already ahead of the curve, Thompson’s other two shows, Something to Wrestle with Bruce Prichard, and What Happened When? with Tony Schiavone, were established moneymakers on the MLW Network. With his easygoing, southern style and common fan’s perspective, the Alabama business an had fully transcended from host, to bona fide, broadcasting star himself. The pairing between he and the former WCW kingpin seemed to make perfect sense.

“The chemistry off-air has always been good,” Bischoff said of his broadcast colleague. “Conrad’s a very smart man. He’s a business man; he’s very aggressive. He has a vision of what he wants accomplish in this space. Those are the type of people I like to collaborate with.”

“And when it comes to doing the podcast, I knew going in, that Conrad’s style and my personality would probably create some interesting content.”

With 83 Weeks as his vehicle, Bischoff has been able to debunk, or agree with, many of the stories that the so-called “dirt sheets” have floated over the years, with Thompson as the conduit. Their on-air relationship can veer from witty banter to sharp disagreement within a matter of minutes, with Easy E attempting to set the record straight from his own, unique perspective. 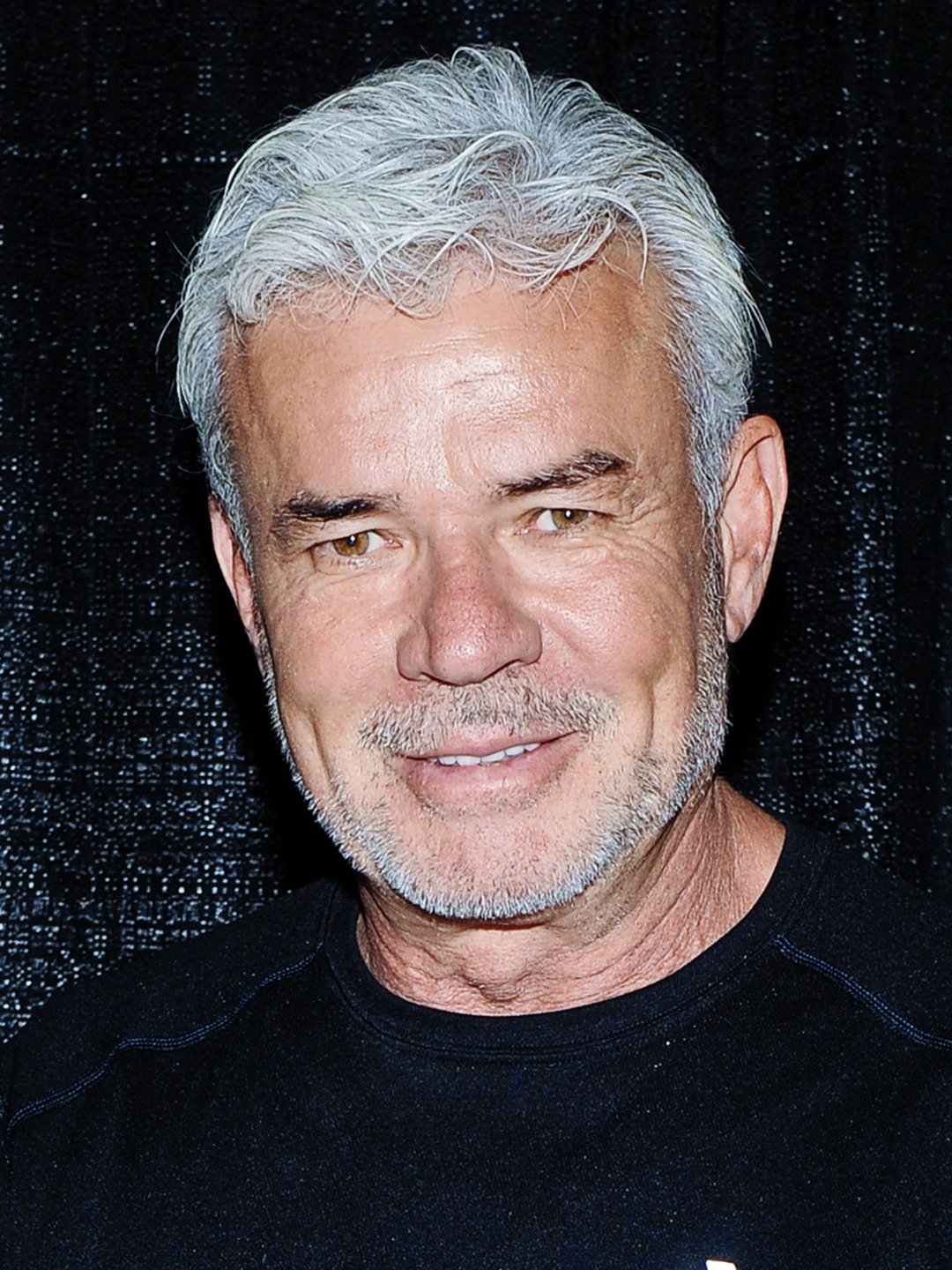 “(Conrad) comes at the podcast strictly from the point of view of a very knowledgeable wrestling fan,” he continued. “And by knowledgeable… I mean, one who has consumed digital publications that are out there, like (Dave) Meltzer’s and others, and has that perspective of the industry.”

“I have a very different perspective of what was really going on behind the scenes than the narrative that has been consumed by wrestling fans for the past two decades.”

After taking a lot of criticism from armchair bookers and amateur observers, 83 Weeks has provided Bischoff the chance to answer a lot of those narratives. The false ones, in particular.

“Most of the dialogue that you hear, and the conversations that you hear, is from the perspective of 20/20 hindsight and after the fact,” he said. “So, if anyone wants to call me out on a decision I’ve made, It’s one of the reasons I always use the phrase context is king. Let’s talk about that choice or that decision of that particular moment…” 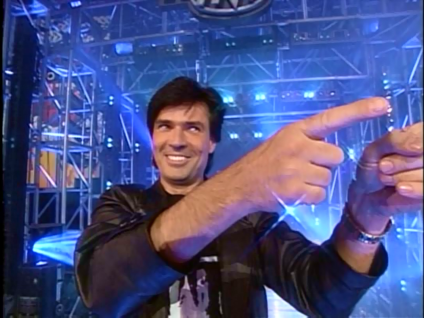 “For three or four years, during that time, I made a lot of decisions that may have seemed controversial.” he continued. “They weren’t always decisions I made for the fans. I may have made them more for the corporate side. It may have been for reasons that were to satisfy the corporate community. Or a decision that was based on achieving a goal in the advertising community.”

“There were a lot of decisions I made that weren’t always fan-related. The business of the wrestling business is far more complex than who gets pushed and what the finish is; I wish it were that easy.”

He says he likes the fact that fans still remember the head-to-head battles between RAW and Nitro, and says it’s because the effects are still being felt today.

“I think knowledgeable fans, and fans that are interested in the history of the business, recognize that era of both WCW and WWE as probably the most important era of professional wrestling… at least in our lifetimes, simply because so many things happened” he commented. “I think that’s due, in no small part, to The Monday Night Wars. It manifested so many amazing changes in the way wrestling was produced, presented distributed, that I think much of what we see today were,, quite frankly, a result of the things we originated on Nitro.”

“Whether it was going live on Monday night – as opposed to taped, to increasing the number of pay per views… Or the more reality-based characters and reality-based storylines, as opposed to the more cartoonish type characters. Or, using the backstage scenes and interviews for more of the action that took place, like Rey Mysterio getting lawn-darted into a production truck. All of those moments we created had never done before. They lent themselves to a much, more dramatic form of storytelling.”

“All of that originated on Nitro. They were forced to change, and adopt our formula of adapting to a more aggressive audience. I think it’s one of the reasons they prospered and survived. Fans may not recognize that today. Fans who may have just accepted the fact that it all started in WWE, because that’s easy to do. It’s the only game in town. “

And while he likes to clear up the misconceptions, Bischoff says it’s not his only reason for doing the show. He’s also enjoying the discussion, too. 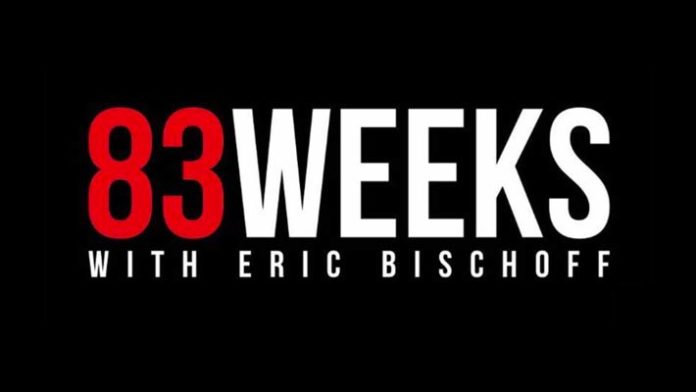 “It wasn’t really the motivation, but I knew that it was going to be interesting,” Bischoff commented. “I saw what was going on with Something to Wrestle with Bruce and Conrad. I saw what the success that he was having doing the show with Tony. I saw the kind of reactions the audience was having when the subject matter came up about what was going on back in the old days of WCW and the WWF.”

Bischoff is not only accessible through the 83 Weeks podcast, he also engages fans on Twitter, Twitch and other forms of social media. It’s another opportunity for the former WCW President to discuss the history of the company, and his own career, with the audience.

“And I always have. People may forget: I was one of the first wrestling executives to embrace Prodigy Chat,” he laughed. “Long before Twitch or Facebook or some of these other platforms were a thought in anyone’s minds.”

In some ways, he’s found a new life inside all the new technology and dialogue.

“I didn’t have access to the technology to have my own voice before, and I was typically a guest on someone else’s show.” he said. “And that’s sometimes a risk, if you’re on with someone who is not knowledgeable, or has their own agenda. You’re at risk of becoming part of something they want it to be.”

The challenge was to find the right platforms and the right partner. Now, he has a multitude of areas where he can have his voice heard.

“The wrestling fans that I talk to are really engaging, and they challenge me, much like Conrad does,” Bischoff said. “The fact that I have the chance to go live anytime around the world, and have that conversation… is just a phenomenal time in our history right now.”

“I’ve always been fascinated with that ability to communicate, and with the new technology, I now have the ability – without being on someone else’s show, and at any time- to go live. There’s no schedule, and every time I get done, I look over at my wife and say God… that was such a blast.”

“It’s because I like to engage with the fans. I do it now, because I have the ability to, and I just really enjoy it.” 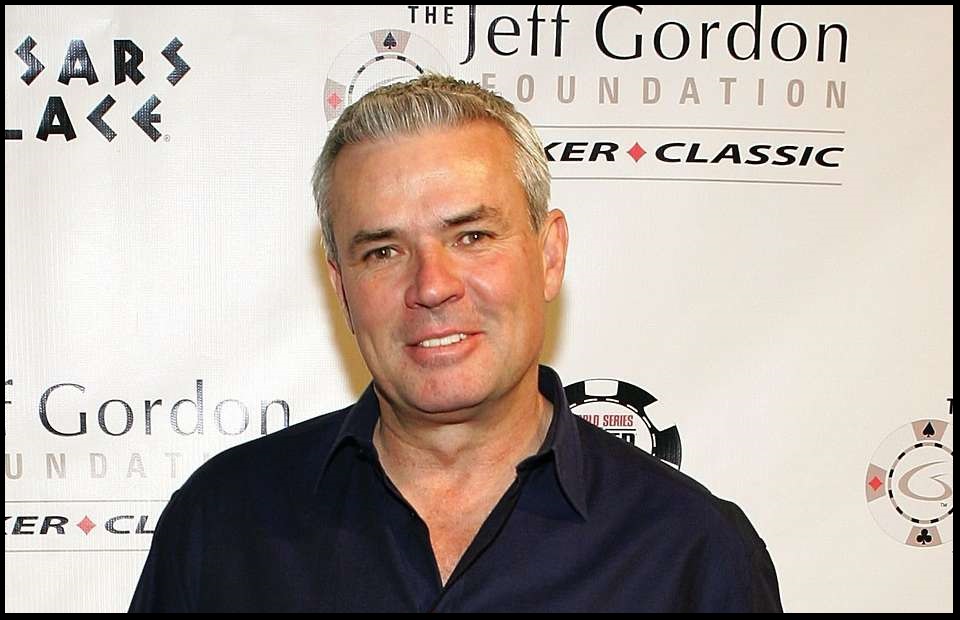 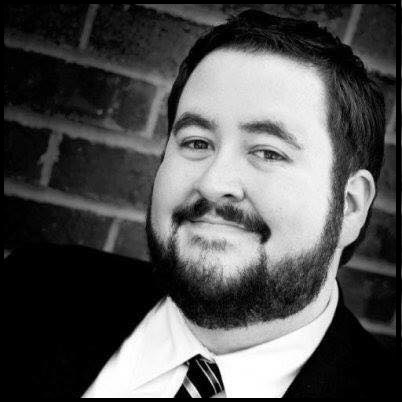 Check out the YouTube Channels: What Happened When & Something to Wrestle 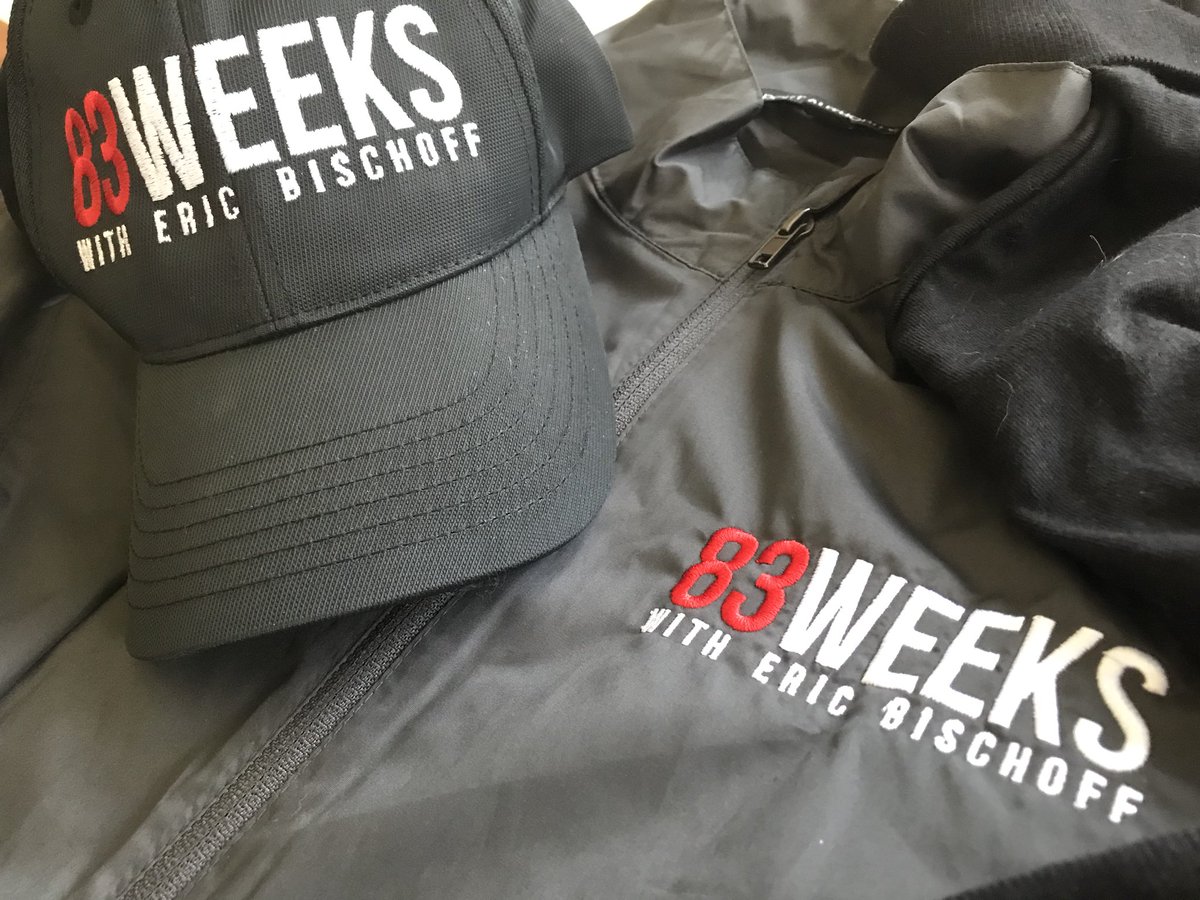 Get the Shirts at Pro Wrestling Tees