This robust and hearty fragrance brings to mind the manly scents of elderwood and cold pressed steel. Its rich aroma assails the olfactory glands with the force of a perfectly executed pile-driver.

This eau de toilette was aimed toward the 18-30-year-old male, and came in a light turquoise packaging featuring the company’s logo.

A 3.4 oz bottle cost approximately 20 dollars upon its release. Today, remaining bottles of WCW Nitro for Men are regularly listed online for over 200 dollars, depending on condition: 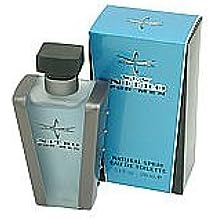