Sam Sylvia, the director of the fictional Gorgeous Ladies of Wrestling in the new Netflix series GLOW said, “The money is in the chase.” It was that moment that I realized the writers of this TV show knew more about how to book a wrestling organization than most of the people actually booking real wrestling organizations. If you haven’t watched the series, I advise that you do. It really was an entertaining program even if you’re not a wrestling fan. If you are a wrestling fan, which I’m sure you are if you are reading one of my articles, you can appreciate the struggles as they develop their characters and you’ll probably smile a little with how they finally book their wrestling show. They have really given us no reason to believe that the next season won’t continue to be superbly booked, but just for fun, we are going to book the GLOW title picture. I know many of you have not had the opportunity to watch it, so I won’t discuss how the first season of the show ended, just what we can do with the GLOW Crown going forward. Since my opening line in this week’s Booking Report talked about the chase, it’s obvious that I need to put the crown on one of the ladies so that we can allow the roster to chase her for the title. It’s always fun when the baby face chases the heel, so to start this season, our GLOW Crown holder is going to be the diabolical Welfare Queen!!

At the next event, Welfare Queen comes out and cuts a scathing promo about how she deserves the crown. It doesn’t matter who she’s beaten or whether or not she’s paid her dues enough. The only thing that matters is she beat Ms Liberty Bell 1,2,3, in the middle of the ring. It’s not her fault that no one else took advantage of the situation that was offered. She explains, “It’s like not getting food stamps when you know you deserve them! Even if you have to fudge a little on the application…”

At that moment, Liberty Bell’s music begins to play. She comes out and cuts a promo about living the American way. She compliments president Reagan’s entitlement programs and how they benefit the needy, “the ACTUAL needy” she snarks. “You didn’t earn that crown Welfare Queen, you stole it! Plain and simple, you’re a thief! And tonight, I’m here to collect what’s mine!” 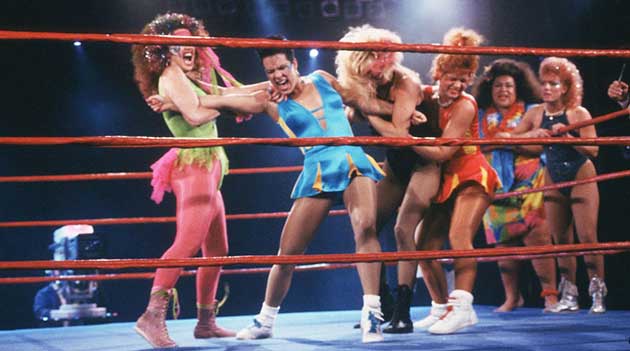 The match begins with Welfare Queen walking down the aisles and handing out food stamps to the fans at ringside. Liberty Bell enters to a huge pop. Once in the match Liberty Bell quickly loses her momentum to the much bigger Welfare Queen. It actually looks like the Welfare Queen is too much for Liberty Bell. Then the Queen whips Liberty Bell towards the turnbuckle, but she counters by jumping to the second rope and spinning off in the air to land the Patriot Missile across Welfare Queen’s chest and that’s enough for the 3 count!

After the match Liberty Bell is making her way back down the aisle when, out of nowhere, Zoya The Destroyer attacks! Soon other officials pull them apart and you hear Zoya speak in her Russian accent, “Not even Berlin Wall can keep me from you Liberty Bell!” The show ends with Zoya being dragged away as Liberty Bell is attended to by medics.

The next show begins with Liberty Bell in the ring addressing the attack by Zoya. She says, “It’s just like the Soviets to perpetuate a sneak attack. Zoya thinks I’m trying to avoid conflict, well, how about I outlaw Russia and start dropping bombs in about five mins!”

Zoya’s music plays and she comes out on the ramp. She addresses how Liberty Bell beat her originally. “In Russia, we make arrangements to fight, then we show up, then we fight face to face as planned. We don’t come out of crowd and start fight when the opponent is not prepared for the correct opponent. So tonight, I see you in main event, Miss Liberty Bell!”

Once in the main event, Liberty Bell has the upper hand, and Zoya tries to escape back up the aisle. Once near the curtain, Beirut The Mad Bomber is seen standing by. As they get close, Beirut lets out a rebel cry and begins attacking Liberty Bell. This causes a disqualification, but the attack is vicious and Zoya and Beirut drag Liberty back to the ring. Once in the ring, Zoya and Beirut continue the uneven assault and now they begin to gloat. Before long we hear the familiar Chinese music of Fortune Cookie. With more help from a communist country, it looks like Liberty Bell is in real trouble. 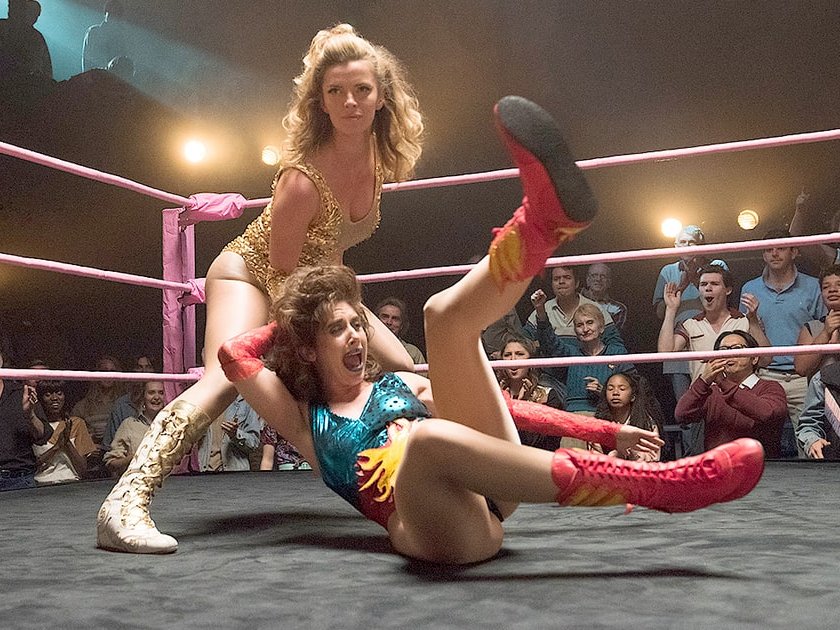 Fortune Cookie walks in and Zoya and Beirut hold Liberty in a prone position and very vulnerable for Cookie’s attack. She draws back to strike and….. Hits Beirut instead! A shocked Zoya stands there frozen in surprise. Cookie then strikes her with a super kick! A brawl ensues and soon Liberty and Fortune Cookie clear the ring. China has swerved the world and joined The US in their war with The Soviet Union and the Middle East! Liberty takes the mic and claims, “If the evil axis wants to turn up the heat on the Cold War, fine by me! We will see you at World War 3!!!”

This sets up the main event of the PPV World War 3 The Allied Powers vs The Evil Axis. Leading up to the event the teams stay together though it’s obvious none are the best of friends. The fact that Liberty still wears the crown that they all strive for, makes for a lot of tension. Once the match begins, it’s back and forth for the first 15-30 mins. Then infighting begins to take over. The ref calls for the bell but they all continue to fight. Soon all four competitors are fighting, but mostly they are turning their attention to taking out the champ, Liberty Bell. At that moment, the ancient Incan music plays and they all turn towards the aisle. Down the aisle comes Manchu Picchu, the Peruvian giant. She quickly clears the ring and picks up the GLOW crown. She takes a moment to stare at the prize before dropping it on the chest of the still battered Miss Liberty Bell. Manchu steps over the ropes and walks down the aisle. The PPV ends with Manchu glaring back at the ring with a smile that leaves lots to wonder about.

On the next season of the show, we have lots of unanswered questions that need to be addressed. Are the Evil Axis still together? Has Fortune Cookie switched sides? Maybe they’ve all gone their separate ways. What about Manchu Picchu? Is she still an ally of Liberty Bell? Does she want the crown now instead? Will Zoya eventually earn the crown back in a singles match of the two biggest stars in the company? Lots of ways you can go forward.

Just remember, the money is in the chase, but what do I know?