It’s time to get a new top dog.

Everyone has a different idea of what makes the perfect heel or baby face or tweener. Right now strictly speaking on the men’s division on Raw, they lack a top heel. Sorry Paul E, but Brock’s one appearance every so often just doesn’t cut it. So why not push the hell out of Drew McIntyre? 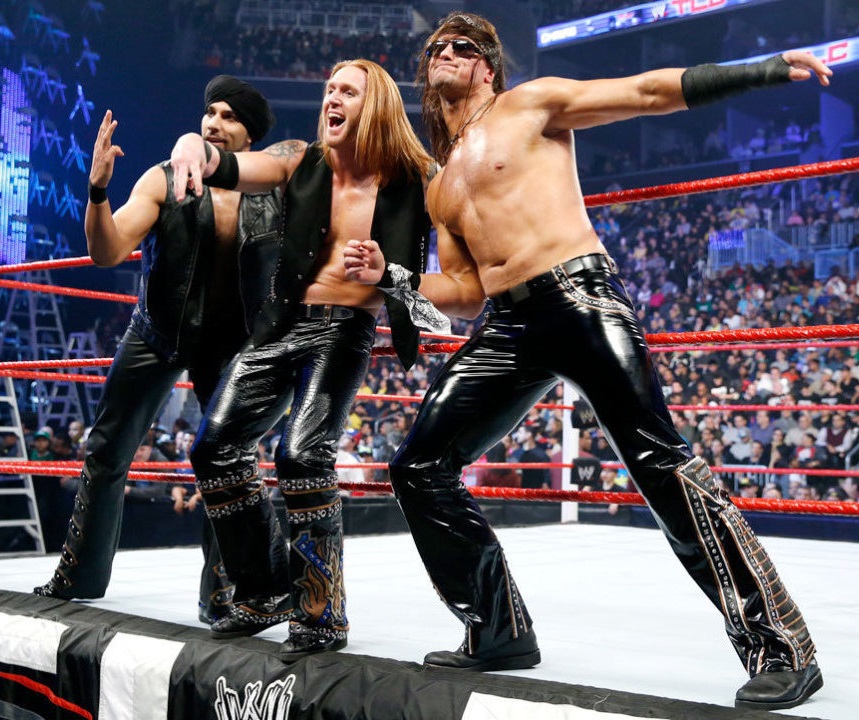 Rewind…The Chosen One. Vince McMahon’s handpicked Scottish God to save Smackdown and the WWE debuts in 2007. Why did this angle go so wrong? Number one, you can’t pull a green wrestler aside and just say, wait for it we are introducing you and then drop a “Chosen” bomb on him. McIntyre wasn’t ready, fans weren’t ready for Drew, hell Vince didn’t think that whole speech out and it showed over time. Do you remember how quickly he went from “Chosen” down to being in a 3 Man Band?

McIntyre was released, went home, hit the indies and redefined his craft and himself. In the process and along the way he grew into a better wrestler. Let’s get something straight here too, when he was brought out in the WWE he had a look and he was not bad in the ring by any stretch of the imagination. He was just miscast, misused, and didn’t stand a chance. That often comes when you get put on a mantel and aren’t ready for it.

His trips through ICW, Evolve, TNA were fruitful. He added more moves to an already pretty good set. He displayed better mic skills. His look got meaner but still something a lot of promotion can sell. McIntyre went from the “Chosen” one to a “Hungry” one. I truly believe his time in TNA was well spent. He got to work some of the best workers in wrestling and you can see his growth. Any one that dispels Impact as a true promotion needs to wake up. 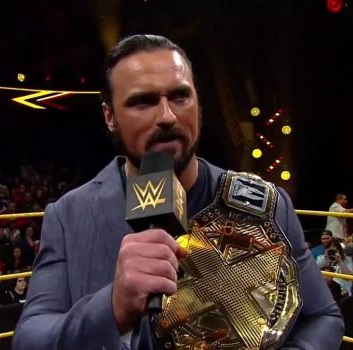 He ventured back to NXT and he was a new man. His match with Bobby Roode was one of the better matches where you can see his maturity in the ring. Again, he had a decent move set in his initial run in the WWE, but it seems like he added and kept adding power moves and high impact moves which makes him 10 times more realistic in the ring and 10 times deadlier. After an injury Drew was off TV and finally made his way back to the WWE ring on Raw with Dolph Ziggler. Initially to me it made sense to give Ziggler a bodyguard type person, I mean Drew is 6’4 and had the goatee, still in impeccable shape so it seemed like a way to ease him back into the locker room and onto TV. But instead we have seen a wrestler that is leaps and bounds ahead of the rest of the locker room.

His promo skills are vastly improved. His in-ring work rate is amazing for a guy his size. He already got his hand on gold with the WWE tag team titles, but there is a bigger thing on the horizon. Drew McIntyre is heading to the top of the hill should the WWE not screw this up.

Yes, Rollins is still Monday Night Raw. Balor has been wrestling like we all know he can. Lashley was given a mouth piece and seemingly went from face to heel overnight. Everyone all of a sudden wants to Walk With Elias. Corbin is out of power. Ziggler is an after thought in McIntyre’s lift. Ambrose has the IC belt. So where does that leave McIntyre?

These are big if’s here but let’s map a perfect road out for The new “Chosen” One. If Strowman beats Lesnar, have McIntyre win the Royal Rumble and set him up for Strowman. From the little we’ve seen of these two in the ring, they seem to have some chemistry and McIntyre isn’t afraid of being in the ring with bigger opponents, nor should he be.

If Lesnar wins, why not. Still have McIntyre win the Royal Rumble and challenge Lesnar. Call me silly, but I can totally see fans backing McIntyre over Lesnar. There is nothing written in stone that says McIntyre can’t get over as a face. Hell, when he got to NXT his first couple months were spent as a face and the NXT crowd which is one of the best in the world ate him up.

If the WWE doesn’t want him winning the Royal Rumble, how about an Elimination Chamber win and a future shot at Daniel Bryan, Brock Lesnar, AJ Styles or Braun Strowman? Not a flattering idea, but it keeps him right in the thick of things and also keeps him very relevant. Heck, what about challenging Ambrose for the IC belt? That could be interesting, they had good chemistry before Ambrose turned the Shield upside down.

Any way you slice it, Drew McIntyre has been a breath of fresh air since his return. The thing is the WWE needs to push him. They need a solid number one heel that makes appearance every week at Raw or Smackdown should they do another shakeup. Drew McIntyre should be given a push and that push should be to the moon. But that’s just my take.